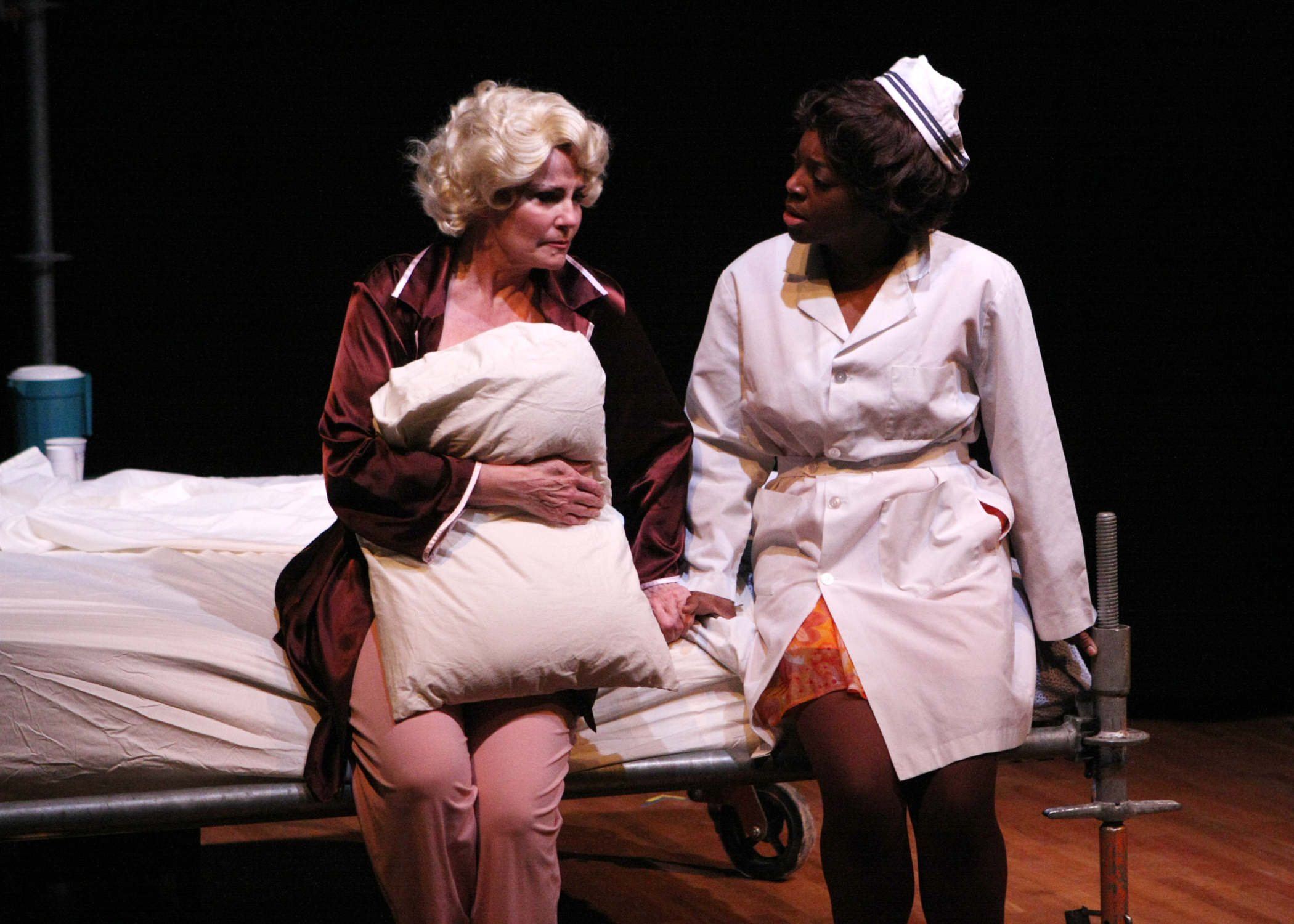 “I became aware this year.” A line from The Who’s 1969 rock Opera Tommy aptly describes the year 1968 for both myself and countless others. The watershed events of this year led to the creation of the History Theatre’s production of 1968: The Year That Rocked the World which opened last weekend at the Minnesota History Center in tandem with the 1968 Exhibit. The play is a compilation of seven miniplays highlighting certain events of the year, including assassinations, the Vietnam War and the election of Richard Nixon.

Director Ron Peluso strings together these miniplays with a take-off of Rowan and Martin’s Laugh-In series with the actors delivering one- and two-line jokes interspersed with a few bars of dance music. Recurring updates show the audience the staggering weekly death toll of American troops in Vietnam.

Two of the miniplays have a Minnesota connection. The first of these is Welcome Home, written by Reginald Edmund, and features Eric Knutson as a Minnesota veteran who recounts the nightmares of his duty in Vietnam and the shabby treatment he receives upon returning home. This play is based on the experience of Minnesota native Jerry Miron. The second is The Corral, written by Rhiana Yazzie, which features Rob Thomas and M. Cochise Anderson as two Native Americans who were harassed and left chained outside in freezing temperatures at night by the police. It is a highly informative and effective scene, except the AIM chanting at the end detracted from the drama.

One of the more emotionally wrenching miniplays is Kevin Kautzman’s Rosemary which deals with the emotional trauma suffered by singer Rosemary Clooney. Clooney was a Bobby Kennedy supporter and was at the hotel the night he was shot. Karen Weber does a compelling portrayal of the fragile Clooney.

John Mitchell’s Private Moment, a hilarious miniplay written by Dominic Orlando, is about Richard Nixon’s election to the Presidency in 1968. For those of you who don’t remember, John Mitchell was Richard Nixon’s campaign manager, his first Attorney General and one of the men sent to prison for Watergate-related crimes. Paul de Cordova plays a manic Nixon to E.J. Subokoviak’s more sedate John Mitchell, resulting in non-stop laughter from  the audience.

Other notable performances include Kahlil Queen and Joe Nathan Thomas in Go Up Together, a miniplay by Christina Ham. The play concerns two sanitation workers on strike in Memphis Tennessee, the strike that Martin Luther King, Jr. had traveled to Memphis to support just before his assassination.

The play does have several drawbacks. One is the scene where Frank Vascellaro and Amelia Santaniello of WCCO-TV (via video screen) cut in with an interview of one of the characters in the show. It comes off gimmicky and interrupted the dramatic flow of the show. Second, the play  lacks any emphasis on Czechoslovakia’s 1968 Prague Spring uprising which was ultimately crushed the same year by an invasion of Soviet tanks. The chilling effect of the threat posed by the Soviets did more than Vietnam to pave the way for the presidential victory of the cold war warrior Richard Nixon.

Finally, the decision to open and close 1968 with the opening and closing songs from the rock opera Hair did not seem appropriate. Hair opened on Broadway in 1968, but the songs from Hair did not enter mainstream consciousness until it started receiving radio play in 1969. There were other songs from the time period that were more relevant, including “If You’re Going to San Francisco” by Scott McKenzie, which I recall was played non-stop on the radio during the time of the Prague Spring in 1968, or Dion’s “Abraham, Martin and John” another frequently played song that year. Despite these flaws, 1968 is definitely a play worth attending and discussing not just for those of us who can remember the year but, more importantly, for those who know little about that year.