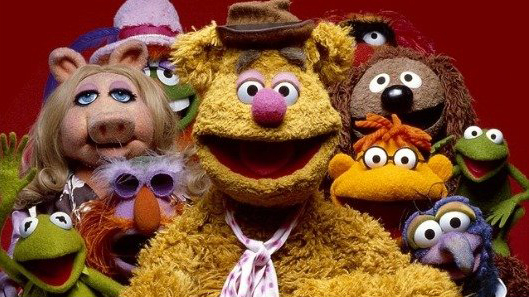 I really, really wanted to love The Muppets. It sounded so promising: new songs by one of the dudes from Flight of the Conchords, Jason Segel, Amy Adams, the beloved Muppet gang…what doesn’t sound magical about that? But if I’m being 100% honest with myself and with you, dear readers, I didn’t love it.

It’s not the Muppets’ fault. The Muppets are great. They haven’t changed in 30 years, and that’s a good thing. Kermit, Gonzo, Miss Piggy and the rest of ‘em may have different puppeteers’ hands up their torsos, but they remain quite similar to the Muppets who took the world by storm in the 70s. Kermit’s earnest as ever. Fozzie still can’t crack a good joke. Gonzo’s gags are still running and Piggy hasn’t aged a day.

But the cultural climate has changed. It’s not the Muppets’ heyday anymore, and as desperate as we may be to bring them back, it doesn’t work. Little kids aren’t as enthralled by singing chickens and Swedish chefs as they once were. They want 3D, goddammit! They want crime-fighting guinea pigs and CGI pirate ships. The giddy happiness and strong morals at the heart of the Muppets (friendship, love, laughter) just don’t quite resonate the way they used to. Maybe that’s why we haven’t seen the Muppets onscreen since the late 90s.

That’s the premise of The Muppets, actually. We meet Walter, a Muppet superfan from Smalltown, U.S.A., and his doting brother Gary. (That’s Segel, who was instrumental in getting this movie made and who cowrote the screenplay.) On a vacation to L.A. with Gary and his longtime girlfriend Mary (Amy Adams), Walter learns his beloved Muppets are all split up: Fozzie sings in Reno tribute band The Moopets, Kermit lives in solitude in an L.A. mansion, Piggy helms a fashion magazine in Paris, Animal’s in anger management therapy, Gonzo sits upon the throne of a toilet and plumbing empire. But Walter overhears an evil oil baron (Chris Cooper) plotting to bulldoze Muppet studios for the oil lying underneath, so he reunites the crew and convinces them they can save their livelihood by putting on one more show. But can they? Can the Muppets raise $10 million in time and reinforce their bond in just a few days? Will the Muppet show go on? Does America still care about the Muppets? (As evidenced by the massive marketing campaign and late-night interviews with Kermit and Segel, I’d say yes.) And young Walter must decide if he’s a man or a Muppet to find where he belongs in this crazy world.

There are plenty of good things about The Muppets. The corny jokes are intact, thank God. There are celebrity cameos to be had, but none as great as those in the original Muppet Movie. (I’m not going to tell you who they are! Go see the movie!) Everything you loved about The Muppet Show and the movies that followed is present in some way in this movie, a fond reference to the past, but for someone who cut her teeth on Muppets, it still doesn’t feel quite right. (Although I confess I did tear up when Kermit started playing the opening chords of “The Rainbow Connection.”)

It’s the fact that The Muppets revolves around humans that doesn’t always gel. Muppet movies work better when people are just there to help move the storyline right along (see what I did there?). Muppet/person Walter is irritating; we could have done without him. And the songs, though written by Bret McKenzie, aren’t nearly as good as classics like “Movin’ Right Along.” No characters should ever rap in a Muppet film.

The Muppets is a tribute to the Muppets, and probably the best one that could have been done in our world of iPads, Twitter, and Siri. It has its clunky moments—more than I’d like to have seen. But it makes us laugh, and that’s all the Muppets have ever wanted to do.