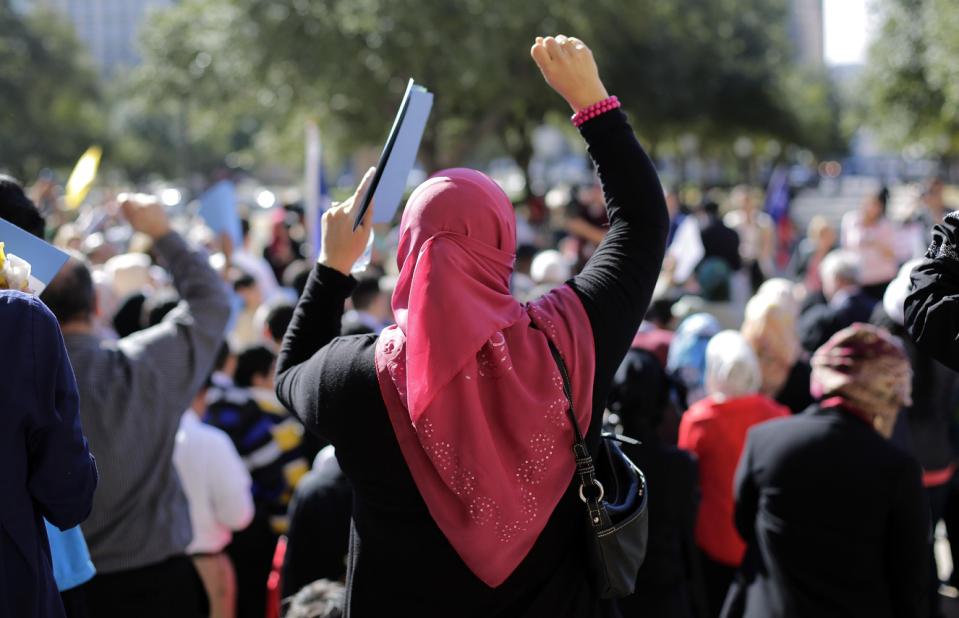 Yesterday’s fiasco by Texas congresswoman Molly White is diagnostic of her deep bitterness toward American Muslims as well as, perhaps, her own temperament challenges. However, not all anger is unjustified. In fact, sometimes anger is required. But in the case at hand, White should get ready to contend with Americans being rightfully angry at her.

That’s because she decided to have Muslims be greeted at her office with an Israeli flag. That is, she demanded that Muslims display their allegiance to the US while proudly holding the flag of a foreign country to their face.

While this should be sufficiently comical, one wishes White’s choice of flag was for just any foreign country.

As congresswoman White claims that her patriotism is somehow more than that of American Muslims, White shows allegiance to a country that has been proven tospy on the US and continues to do so at alarming levels. In fact, Israel is the single worst offender of all foreign countries when it comes to spying activity against the US. US officials have even said that Israeli spying on the US has reached “terrifying” levels.

White is also showing allegiance to a country that has killed several Americans, from American military members in the USS Liberty to peace activists like Rachel Corey among other international activists and journalists. And while purporting to be a Tea Party crusader against the “culture of entitlement”, White is displaying allegiance to a country that tops the list of countries that receive US taxpayer money in aid, reaching over $3 billion annually.

Moreover, if White claims to be a champion of American values, it should be known that the foreign country whose flag she’s boasting is an apartheid statewith a long, rich history of flagrant human rights abuses and war crimes. White supports a country that has just killed over 490 children and over 250 women less than a year ago and has separate roads, checkpoint lines, laws, and privileges for people according to their racial/ethnic group.

American Muslims were essentially confirming their allegiance to the US simply by making the effort to show their contribution to American politics by celebrating their day at the Capitol. On the other hand, White’s hateful response to them was positively in opposition to the interest and well being of America.

Congresswoman Molly White should redeclare her allegiance to the United States for attempting to undermine national security by inciting resentment among American citizens and destabilizing societal bonds, contributing to the the spread of hate crimes against Muslims and other minorities and thereby endangering the American public.

She should also re-declare her allegiance to the United States for showing allegiance to a country whose interests are arguably not in line with our own national interests.

She should apologize to people of reason for making an utterly baseless accusation against American Muslims’ patriotism – an accusation which she can never prove and for which Muslims can never do enough to satisfy the doubts of people like her.