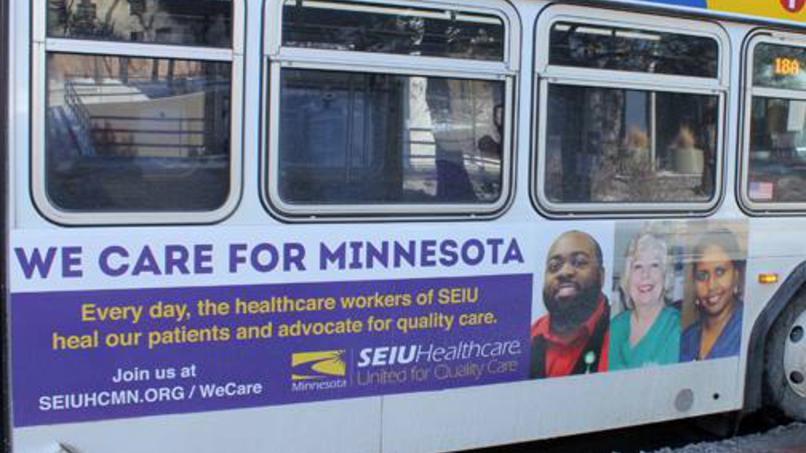 MINNEAPOLIS — SEIU Healthcare Minnesota members at eight Twin Cities Hospitals have reached a tentative agreement on a new three-year contract that includes strengthened health and safety provisions to protect both workers and patients.

The new language represents a significant step forward on a major goal for the 3,500 workers covered by the contract, the union said.

“With the shift in healthcare towards primary, preventive and ambulatory care, the patients we see in our hospitals are sicker and the threat of infectious agents is greater than ever before,” said Maxine Maxon, a Nursing Assistant at the Fairview University of Minnesota Medical Center in Minneapolis. “We are proud that we won stronger protections for our health and safety at work, as well as the health and safety of our patients and anyone who visits our hospitals.”

“We are the people who take care of our patients and take care of our hospitals, so we want to make sure that no one is put in an unsafe situation if it can be avoided,” said Billie Brown, a Mental Health Assistant at North Memorial Medical Center in Robbinsdale. “Our new contract will help us limit exposure to infectious agents in our hospitals and it addresses our right to refuse work in certain circumstances where our health and safety may be at risk.”

The agreement was reached early Friday morning, shortly before Sunday’s expiration of the current contract.

“For too long, our tuition reimbursement has been underutilized by our members who wish to advance their careers in healthcare,” said Cynthia Davis, a Nursing Assistant at Methodist Hospital in St. Louis Park. “We made a significant step forward in the amount of tuition reimbursement available to us in this contract, and made it easier to use for any members who need it.”

The union bargaining team from the five health systems is unanimously recommending approval of the contract by the full membership when they vote on it in the next few weeks.

Meanwhile, no agreement has been reached in separate bargaining between SEIU Healthcare Minnesota and Allina Health.

Allina Health refused to extend their own contractual agreements with staff at eight hospitals, setting up a potential labor dispute over health and safety protections and their desire to subcontract middle class jobs to the lowest bidder, the union said.

“I’m glad that hospital workers across Twin Cities hospitals in our union won stronger health and safety protections,” said Wilai Carlson, an Environmental Services Aide at Allina Buffalo Hospital. “It’s a shame that Allina won’t agree to common-sense provisions to help keep us and our patients safe, including an extension of their commitment not to subcontract our jobs.”