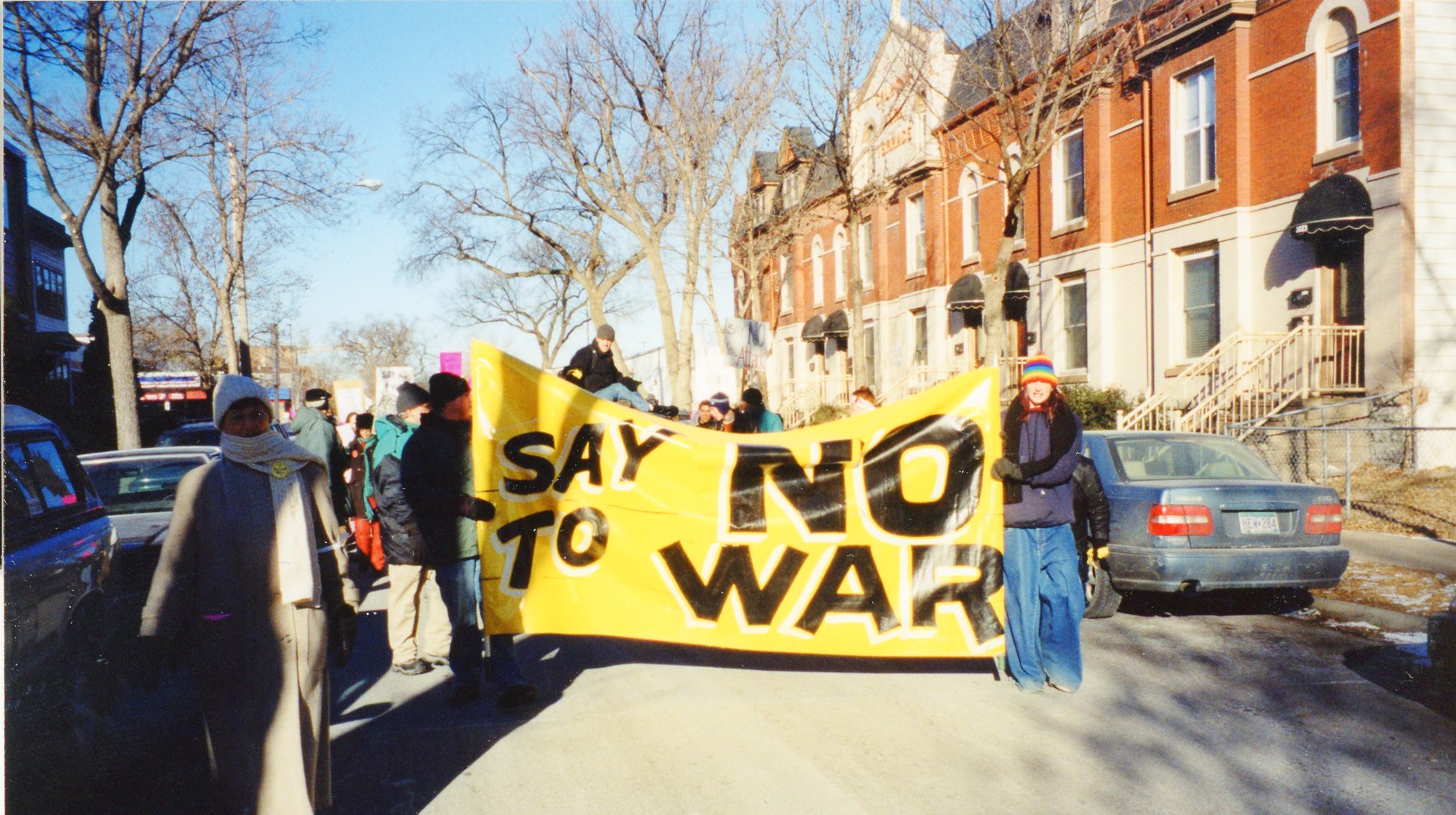 Early today a friend sent a link to a commentary about massive world-wide demonstrations against the pending War against Iraq on February 15, 2003.

It brought back memories of those times for me. There was a big march in Minneapolis (photos included in this post) in which I participated. 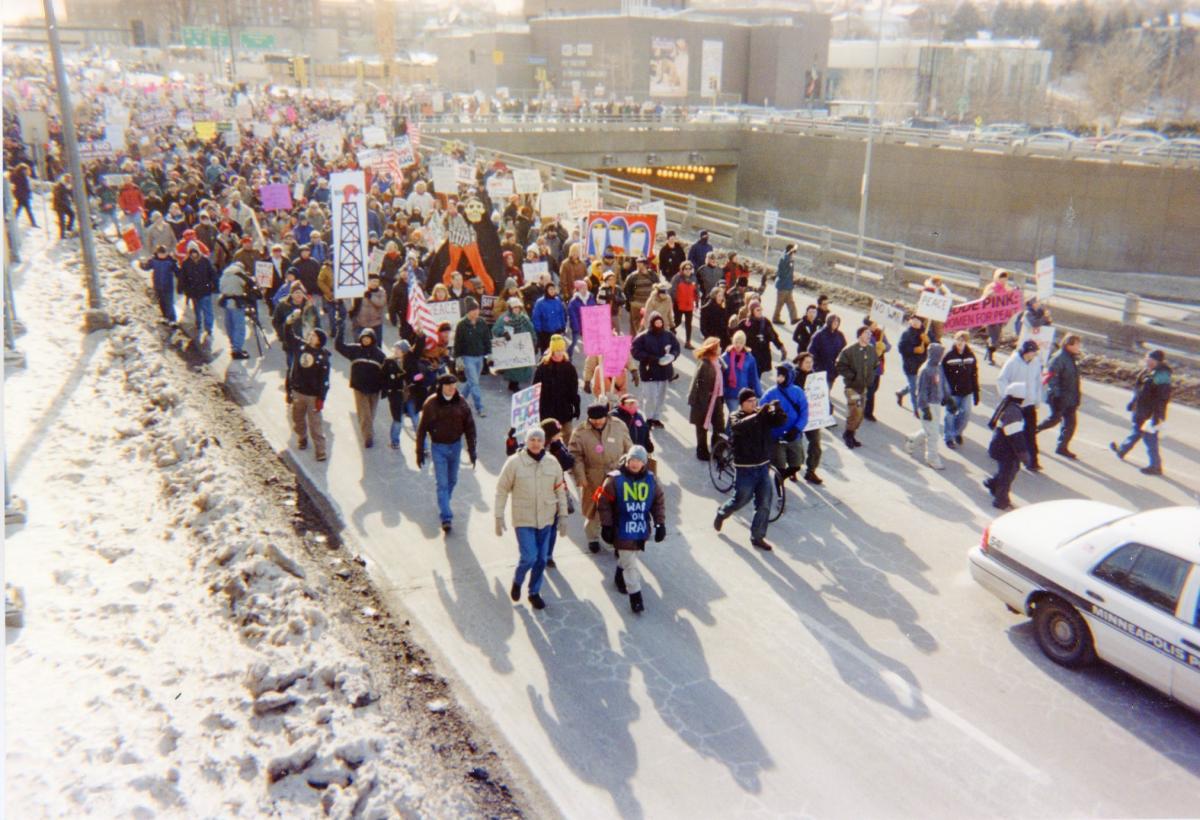 The actual bombing of Baghdad – “Shock and Awe” it was dubbed – came about March 20.

There will be a one-hour retrospective about the war on Iraq on Rachel Maddow’s show on Monday night (8 p.m. CST MSNBC).

Only the most hardened war worshipers will be able to honestly say that the Iraq War was for a good cause and worth it.

Only those most hardened protestors will be able to declare their protests to have ended up in victory – to have made a significant difference. March after march in the ensuing months and years didn’t bring the troops home, and they’re still in Afghanistan and our nations economy almost destroyed by the reckless philosophy of fighting a war, supposedly without sacrifice, on the national credit card.

But both sides will likely declare their opposing narratives about Iraq and Afghanistan to be correct, and on we’ll go.

Among the other photos I took that day are these three, which each evoked certain thoughts and feelings: 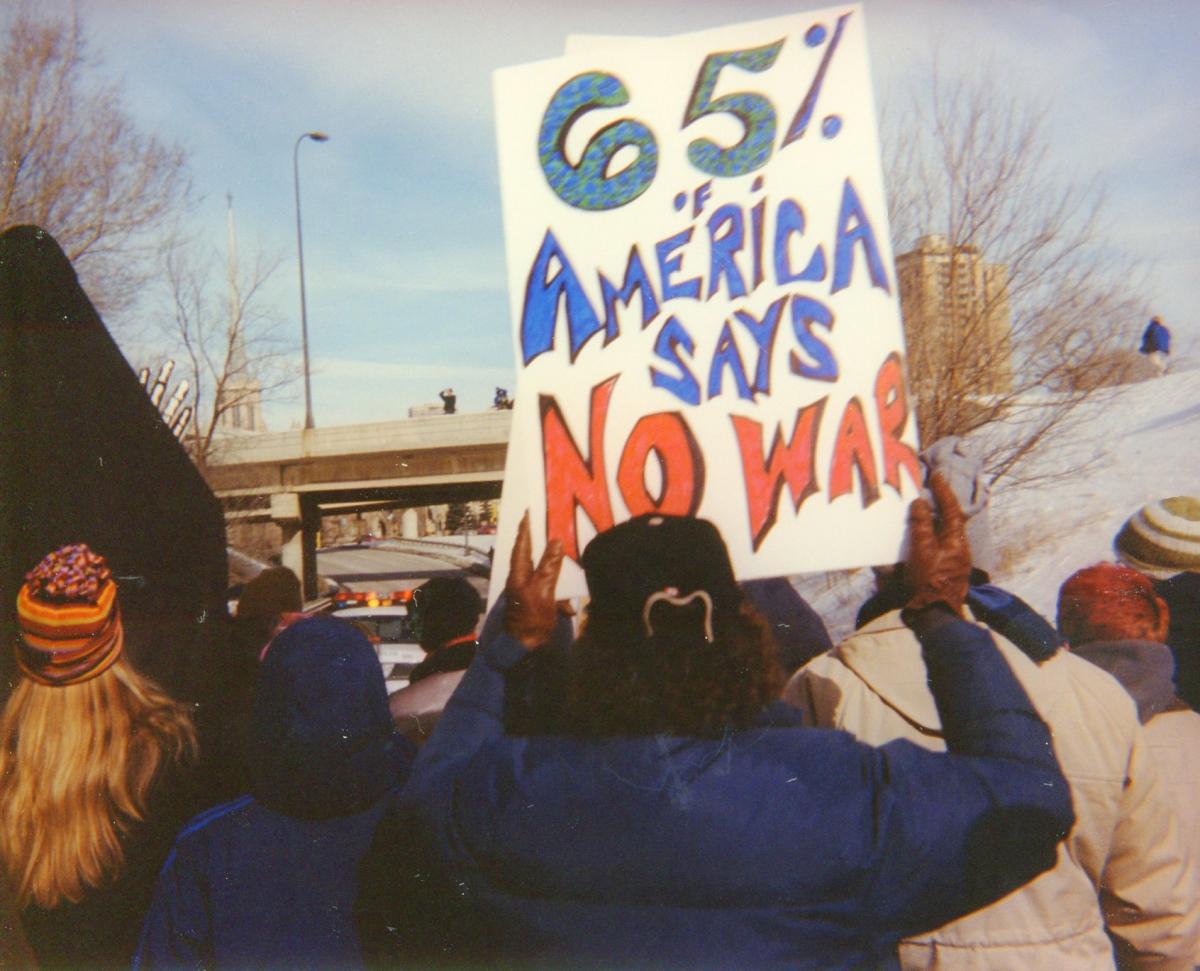 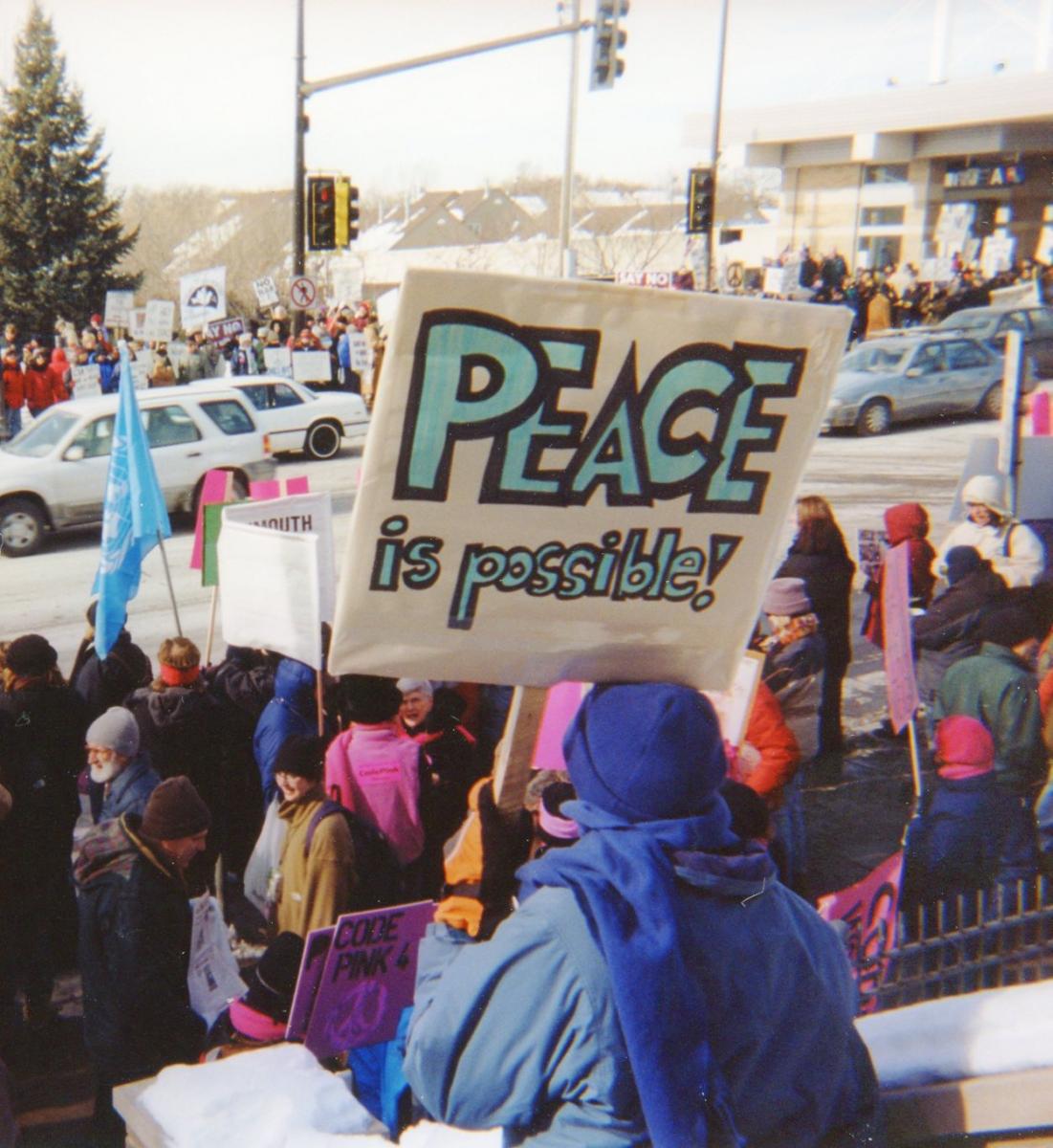 To my knowledge, there were no marches in the Twin Cities on February 15 or today, remembering the 10 year anniversary.

If there had been one, I’m not sure I would have gone. I burned out on demonstrations for the sake of demonstrating some time ago.

But I think the Peace Movement remains very much alive, only in a different form than how it was, then.

Particularly, I note the sign that says 65% of Americans are against the war.

The neocons had their war, and in large measure have gone silent, except for occasional belligerent eruptions about how important it was to do this, that or the other, even without being able to show reasonable cause or positive long-term effect of invasion, bombing, torture and the like.

I was active then for Peace and Justice (I took those photos ‘on the street’, part of the marchers). I’m even more active now. I just do things a bit differently. Maybe I’m typical, maybe I’m the odd duck.

But I think we’re slowly on a more positive course, and with joint efforts, we can make this a more peaceful and just world.

That last message, “We will REAP what we SOW“, could end up being true.

We need to be the cause in the matter to prove it wrong.

It’s in our court, as individuals, in many tiny and not so tiny ways.

WE are the cause in the matter of our future.