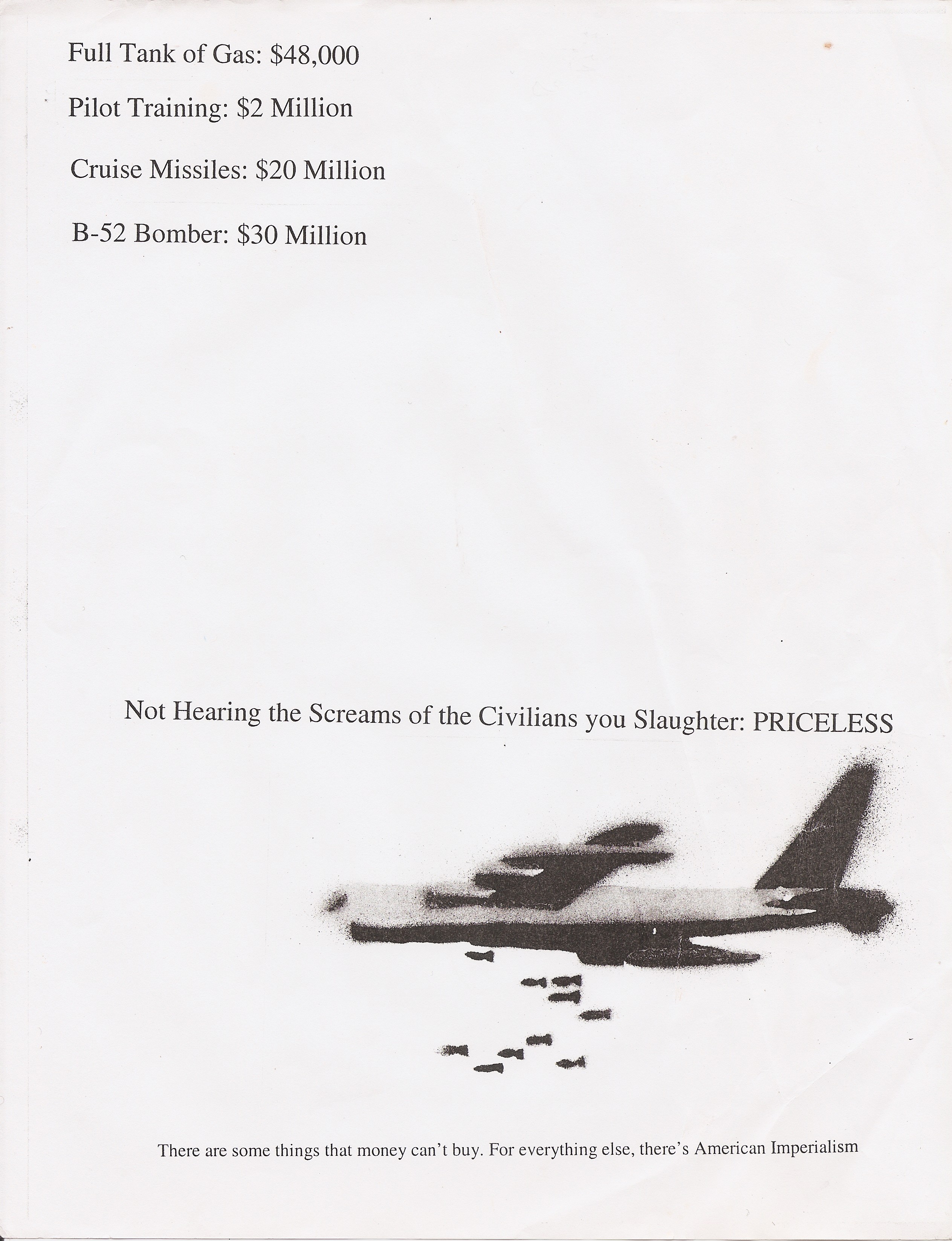 As last week was the 10-year anniversary of the U.S.’s invasion of Iraq, a lot of people have been reflecting on the ensuing decade of war, while others have apparently avoided the same. Examinations have covered what you’d expect: the lies that were told by the Bush-Cheney administration, the necessary complicity of the mainstream media, the consequences suffered by veterans and, lest we forget, the realities of life today as lived by Iraqis themselves, for whom the war certainly isn’t over.

What i haven’t seen much of, and what perhaps shows most clearly that we haven’t come very far, is critical reflection on our failure to build an effective popular resistance to the war, or to the other war (oh yeah, remember Afghanistan?), or to imperialism as a continuing mechanism of brutality and oppression. Yes, lies were told by powerful people to build the case for war; we knew that at the time, and said so. And yes, the mighty forces of imperialism aligned themselves to make the war happen, and as the opposition we were simply outmatched.

But we failed, too.

Broadly speaking, we failed to insist on an anti-imperialist message and analysis as the necessary centerpiece of our anti-war movement. The War on Terror is no kind of exception to business as usual for the United States, yet cowering still in the shadow of 9/11, we allowed a framework of ahistorical exceptionalism to dominate our narrative and rallying cries. We got suckered into developing a movement culture where ‘supporting our troops’ was more important than supporting the self-determination of Iraqis, and where it was more important that dissent be ‘patriotic’ than it was that it be honest and effective. By the time i fully grasped how ineffectual the anti-war movement was–and why–it was past its peak anyways. I’d say my understanding crystallized at the 2004 RNC protests in New York. By the time i got there, i already saw clearly the hurdle that liberalism poses to radical movements in general. But it was amidst all the Kerry propaganda–knowing that there was no viable anti-war option on the electoral plate and seeing that people found “Anybody but Bush” a more compelling call to action than anything we’d come up with–that i really understood how shallow the anti-war sentiment in that broad movement was. The impressive numbers that we touted in our misguided assessments of movement strength looked much smaller once you accounted for the number of people willing to abandon the fight for an end to the war, in favor of a mere end to the Bush administration.

I know that, for myself, the rise and fall of the anti-war movement was also the rise and fall of my own naiveté about leftist movements for social change. Reading reflections on what happened ten years ago, i feel an immense sadness in recalling who i was and what i believed possible then. In 2003, i really believed we could–and likely would–stop the war. Looking for articles on an anti-war civil disobedience action at which i was arrested, i found myself quoted: 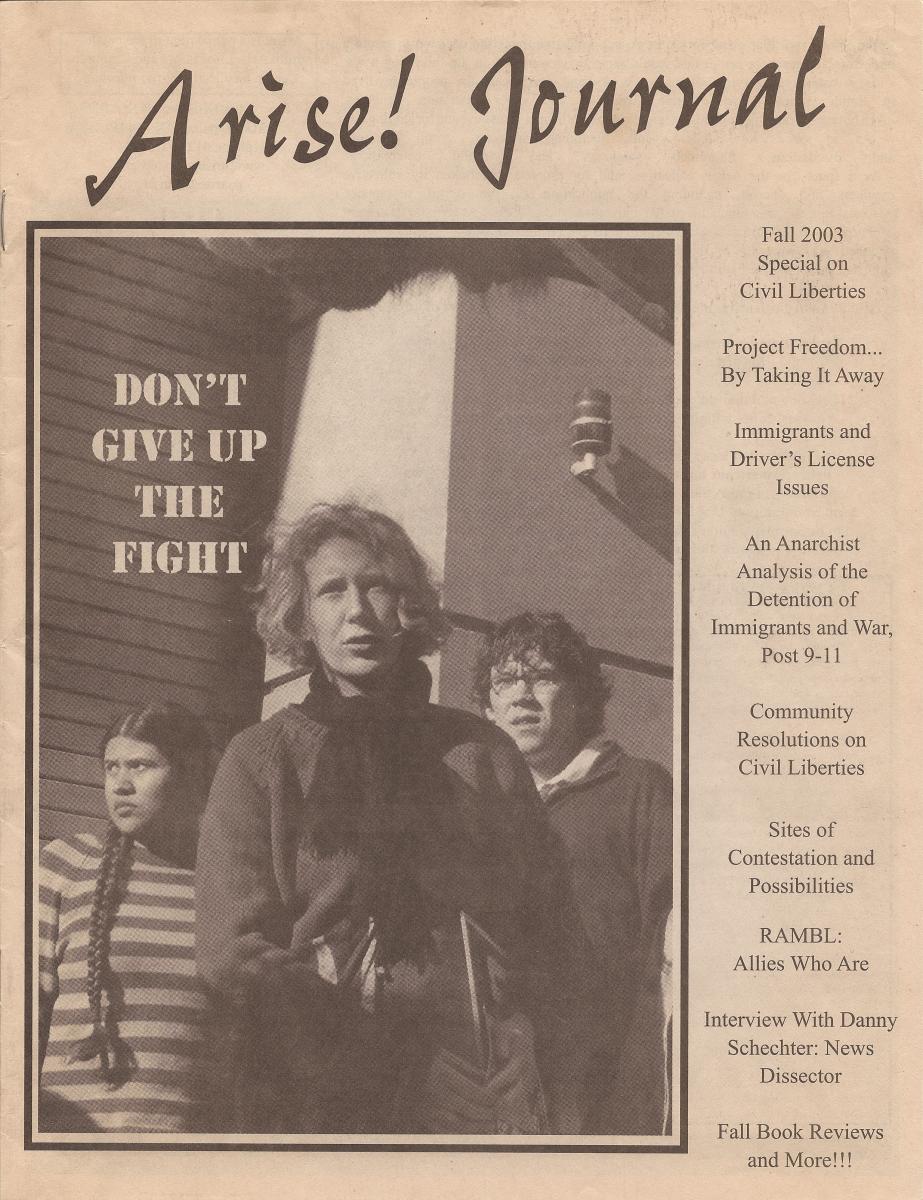 “I participated because I wanted to be part of an action that actually did something, and I think this one did. A lot of people tried to get into the building, and we made some sort of personal impact on them – even if they were angry about it, they were forced to think about the war. That’s one of the larger goals here; to force people in the United States to deal with our foreign policy. It’s too easy to go about our normal, daily routines as if all were well in the world. It shouldn’t be this easy. I really feel that as long as our government insists on committing acts of slaughter against human beings in any part of the world, we need to do everything in our power to impede that process. For every day that the U.S. government fights an unjust and cruel war somewhere else, they’ll have another kind of war to fight here. This shouldn’t be easy for any body of leaders, and I am determined to make it hard for ours.” –Fight Back! News, 2003

Of course, the U.S. had no war to fight here. Whatever determination my peers and i had, it was for all intents and purposes lost in the liberal machinations of the larger anti-war movement. Ten years later, i’m still dedicated to revolutionary movement, but i certainly don’t have the same hope and excitement. When i look at current anti-war, anti-militarist and anti-imperialist work, i see depth, clarity and commitment that were sorely needed ten years ago; in particularly, i think of the actions taken by Bradley Manning, and the testimonials of anti-war vets returning war medals at last spring’s NATO protests in Chicago, which comprised some of the most moving and powerful moments i’ve ever witnessed at a protest or rally.

I still believe it is possible to bring an empire to its knees through popular movement. But now i can realistically see how hard building any movement of significance it is, and i know we have to start by acknowledging what we actually built, and how far short it fell of what we needed to have done. 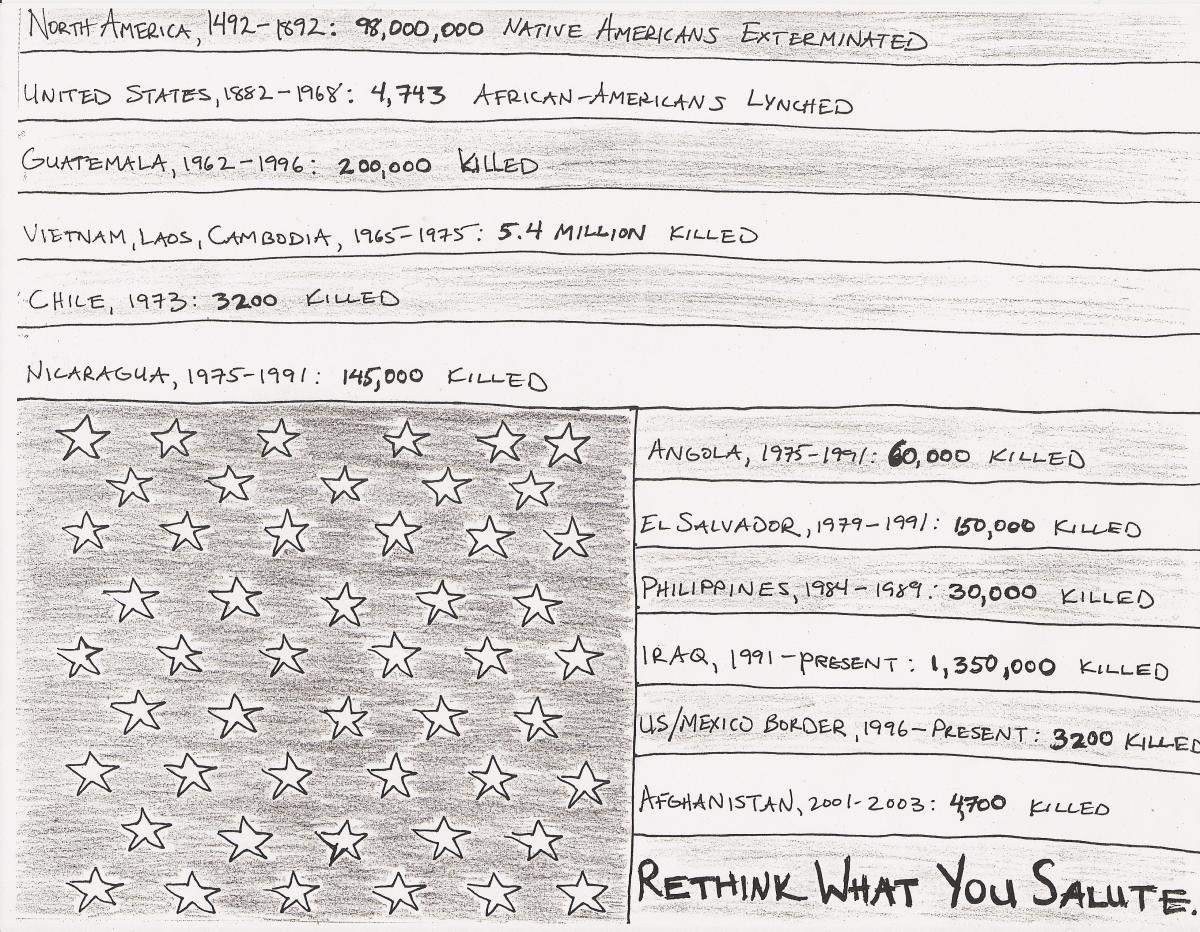 Here and at top: anti-war posters we created and posted around town. Middle image: Cover of the Arise! journal, containing an article on the arrests.