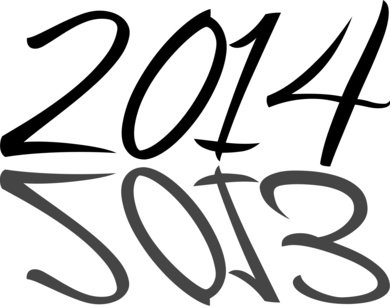 Everybody has a story, and almost everybody has an end-of-year round-up of stories. Here are the ten articles and blog posts from 2013 that got the most readers on the Daily Planet.

#10 — A Minnesota Daily article about the University Avenue business of General Nanosystems and its closing in July, blamed on lost profits due to light rail construction and online bargains.

#9 — A blog post by Sheldon Gitis about 100 Minnesota cops harvesting a marijuana crop: “The only thing missing was a guest appearance from Barney Fife.”

#6 — Matea Wasend’s round-up of where, when and how Twin Citians could celebrate the Fourth of July.

#5 — Peter Rachleff skewering the Guthrie for its “smug and offensive” treatment of race in the production of Clybourne Park.

#4 — Stephanie Fox’s explanation of why “Busted Paper” and similar low-life mugshot magazines are legal and continue to flourish. (That also provoked periodic calls to our office by people who thought we are the magazine and wanted their photo taken down.)

#2 — Jay Gabler’s rumination about Minnesota writers, from The Great Gatsby to the Great Pumpkin. “Dylan and Fitzgerald were both Minnesotans who ran off to the east—and so was I.”

AND the #1 most-read story of 2013, which is also our most-read story ever: Tiffany Vang’s Community Voices article on the Hmong 18 Clan Council and Hmong bridal prices. Vang’s article starts wtih the council meeting, but includes powerfull personal reflections:

“Since I was 7 years old, my mother has been labeled a divorcee. Imagine a 7 year old hearing from her relatives and close family members that her mother is a slut, that she is worthless, and that she is fated to be a divorcee and nothing else. This idea that my mother’s worth is based on who she marries, how many times she has married, and ‘how used’ she is disgusts me.”

Five perennial favorites would have made the top ten list — but they were published years ago. They are the movie review of Thor from 2011, a 2008 article on the urban legend of the “Smiley Face Killers,” a 2009 article on the best bars for meeting single women, and two from 2012: a movie review of Les Miserables and an article speculating about whether the ever-popular Rehab Addict Nicole Curtis might tackle a North Minneapolis house.