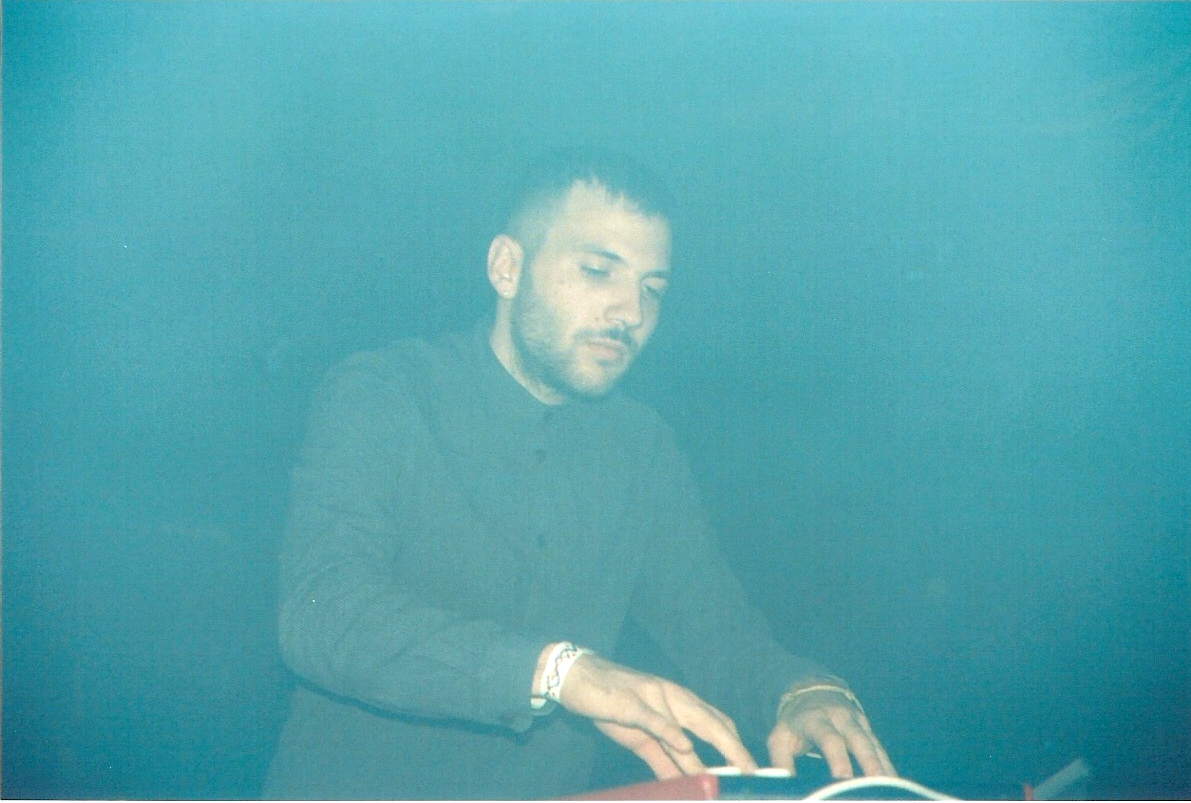 I was really excited for Teengirl Fantasy at 7th Street Entry on August 31 show because I’ve been digging the electronic scene lately and I was definitely not let down. The crowd comprised of the (very sparse) 90s-throwback-video game-electronica culture that’s seen around the country. For whatever reason, Minneapolis has yet to embrace the scene, as seen by Elite Gymnastics’ all but total shunning by local media outlets. I saw mesh crop tops and chunky platform shoes and suspenders with little smiley faces on them, clothes so gaudy that they’re good, and streamlined sportswear paired with cutoff jeans and a flannel tied around the waist. It’s this kind of culture that Minneapolis is in dire need of. Not necessarily fashion-wise, but music-wise. Think industrial video game electronic music. That’s the scene we need.

Sovietpanda (A.K.A. Peter Lansky) started the show (sort of) with a DJ set. I didn’t even notice that he was playing because he was standing in the back of the Entry and DJing at a little fold-out table that was set up by the sound board booth. The only thing that cued his entrance was the switch from Arca’s lovely “Stretch 2” to some really clubby beats. The bass hit much too hard for an electronic show and the entire composition of the set was entirely too repetitive. I can certainly see why he plays dance nights at First Avenue regularly, but his music didn’t have enough substance to stand alone in a crowd where no one was dancing. The samples that he used did not fit in well with his music and he missed several great opportunities to add some variety to his mixes. I probably wouldn’t mind the content of his music so much if I was dancing in a club or something, but it just wasn’t right for an electronic concert. The only people who seemed remotely interested in his set were his friends that occasionally meandered their way over to the turntables and then retreated back to the bar.

I was told by the bouncer that Thunder Horse didn’t show up to the gig, so their performance was nixed and Gatekeeper ended up being the second act on the bill. I’d only recently given their music a listen, but it’s certain to say that I was not let down by what I heard. Their most recent project is a walk-through video game called EXO. The graphics in EXO were created by digital artist Tabor Robak and Gatekeeper scored the 35-mintue game. It’s not a game so much as it’s an exploration though different virtual worlds, and Gatekeeper captured the mood of the whole thing perfectly. I was curious to see how their music would transfer into a live setting without the visuals to aid in the experience. I was impressed to find that they pulled the atmosphere off incredibly, and even modified it to better fit a live setting. Aaron David Ross and Matthew Arkell were both enveloped in a thick layer of fog machine smoke and lighted by a muted blue. My only complaint about their set is that my respiratory system is going to smell like fog juice for weeks.

Despite the sickly-sweet scent invading my nostrils, the fog machine and various flashing lights helped to detach the audience member from their body and surroundings. I don’t know what other people look for in concerts, but I personally look for something where I can just lose my being in the music. Gatekeeper’s industrially charged electronic music not only brought some great dance beats, but also contained subtle twists and turns. Did you ever watch Guts on Nickelodeon when you were younger? Gatekeeper’s music makes me think of the Aggro Crag, but a much cooler version of the Aggro Crag with mysterious bionic people climbing it instead of teenagers. One especially high point in the show (maybe the point when there are two bionic people almost at the top of the Aggro Crag) was Exo’s closer, “Encarta.” The song’s choral samples give the track an almost immeasurable feeling of depth and tension. A note to Minneapolis: embrace this movement. Both of the friends that I went with ended up loving the show. My cousin Eva remarked to me that it reminded her of Berlin. She didn’t specify why, but the show definitely had a European feeling to it despite Gatekeeper’s hometown of Chicago. I can’t wait for Gatekeeper to come to Minneapolis again.

Teengirl Fantasy was the headliner of the gig. This band’s official website is an Angelfire created from the perspective of a teen girl with an over-the-top obsession with glitter and 90’s graphics and the band Teengirl Fantasy themselves. That alone should intrigue you enough to at least check out their music. Nick Weiss and Logan Takahashi’s newest album, Tracer, leaked onto the internet a week or so before its release date and features cameos from Animal Collective’s Panda Bear and singer Kelela. Teengirl Fantasy’s start was markedly slower than Gatekeeper’s. They spent the first five minutes of the set casting lackadaisical waves over the crowd, and interjected occasionally with a sharp sample or rapid beat pattern. It took a longer time to be invested in Teengirl’s show, but it wasn’t necessarily.

After the brain-shattering Gatekeeper set, it was nice to have a bit of time to soak in the music rather than having it thrown right in your face. They played through most of Tracer, but excluded the album’s songs in which they have a guest vocalist. I was mildly disappointed at the fact because EFX (feat. Kelela) had grown to be my favorite track on the album. The musical atmosphere that Teengirl constructed was digital, but not video game-y. I had distinct images of my cousin Maris’ old MySpace page as the music settled in around me. It was nice to have such electronic variety in the lineup, but I did end up enjoying Gatekeeper’s set more. Despite my preferences, Teengirl put on a highly enjoyable set. I would definitely want to catch them next time they come around.

My main disappointment with the show was a lack of merch. I was looking forward to buying a physical copy of Tracer, but the merch person was nowhere to be found. There was a semi-closed box full of albums sitting in the usual spot, but no seller to be found. And I’m pretty sure that wasn’t an offer for a free album. I checked both before and after the show to see if any of the bands were selling stuff but nope. Nada. Zilch. Sorry that I want to give money to artists in exchange for music?  But yeah, fantastic show. And I want to express again how much Minneapolis needs to expand on this scene. We’re such a music-centric city, but almost entirely non-supportive of innovative and different electronic artists. Let’s hear it, who’s with me?!