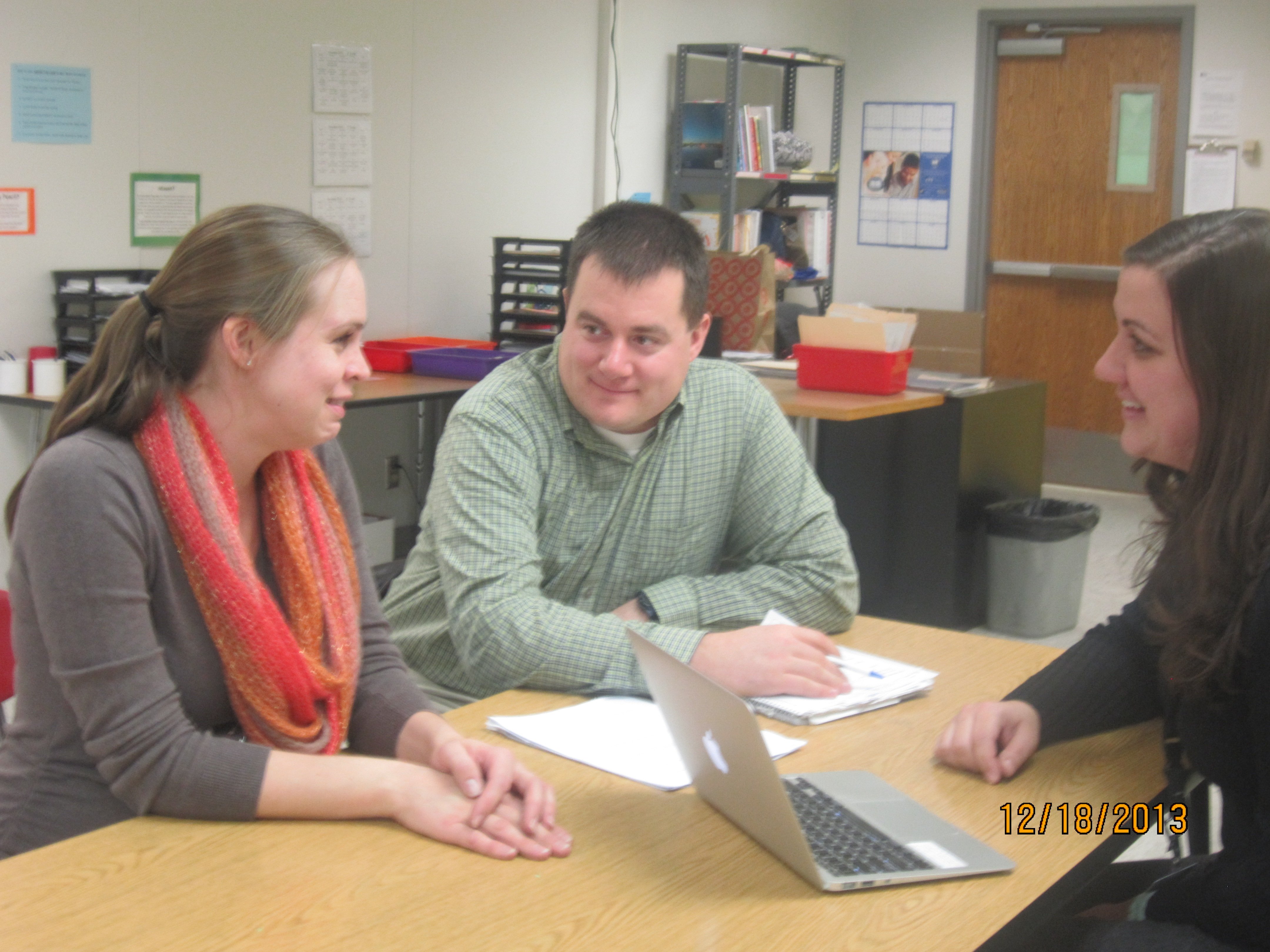 Every Sunday night finds Leslie Blue finalizing lesson plans two weeks in advance. Blue, who’s in her second year of teaching, then sends them off to veteran teacher Bobbi Jo Rademacher to review. “Bobbi Jo will spend Monday looking at them, and she’ll have actionable suggestions for me – things I might not have noticed. She might say something like, ‘You’re having them do book work two days in a row, can you break it up with a lab?’” said Blue, who teaches middle school science at Capitol Hill, the St. Paul Public School District’s gifted and talented magnet school (Full disclosure: My daughter is one of Leslie Blue’s students).

As one of the St. Paul district’s 15 PAR [Peer Assistance and Review] consulting teachers, it’s Rademacher’s job to mentor, coach and evaluate teachers, most of whom are in their second year in the district. A condition of tenure for new St. Paul teachers is having worked successfully with a PAR teacher. In the St. Paul district, all teachers are probationary for their first three years; at the end of that time period, they’re eligible for tenure. Blue is one of the 13 teachers in 10 different schools Rademacher mentors.

“Every week, I observe half of my teachers,” said Rademacher. “I meet with the other half. We talk about their lesson plans the week before, professional goals, what they’re struggling with – maybe it’s classroom management or getting the kids excited. I have suggestions, and just check with how it’s been going, things that they want to talk about.” If a teacher is struggling or worried, Rademacher said, she can structure her schedule to give more time to that teacher.

St. Paul’s PAR consulting teacher program is in its fourth year of operation, and it’s grown each year. This year there are 15 PARs, said Amy Steele, who’s the lead PAR teacher. Steele was one of the original PAR teachers when the program began four years ago. The program started small, with just four PAR teachers, and has grown each year, she said. It was the brainchild of St. Paul Federation of Teachers President Mary Cathryn Ricker, and based on a program in Toledo, Ohio.

The Federation worked on the program for several years, Ricker said. The first major hurdle was selling the program to the district. “Some at the district were skeptical, others were intrigued. There was no blanket embrace,” she said, adding that the district was willing to learn about it. “I don’t think they were sure how they felt about the union admitting they care about the quality of teaching.”

Ricker and the union initially negotiated contract language that said the district would look at PAR in the future. The problem, of course, was funding. When the district received funding under President Obama’s American Recovery and Reinvestment Act of 2009 (ARRA), PAR was born in St. Paul. The first four PAR consulting teachers were hired, Amy Steele among them.

According to Ricker, one of the benefits of teachers having a PAR mentor is “no accidental tenure.” PAR has expanded so that tenured teachers can request a PAR. The program is designed so that veteran teachers can share their knowledge for three years, and then go back into the classroom. Ricker said that of the 377 school districts, only Minneapolis and St. Paul have formal mentor programs.

“[Peer evaluation] is a place our where our profession needs to evolve,” Ricker said. “When doctors make their rounds, they critique other doctors’ work; it’s what you do to grow. Other professions have far more robust peer-to-peer evaluation programs.” One of the ways the PAR program has built credibility among teachers receiving PAR support, Ricker said, is that they know that their PAR consulting teacher has had their own teacher evaluation within the past 12 months. PAR teachers have also proven their leadership in their schools, she said. And on the back end, “The PAR teachers get their classrooms back. They shouldn’t have to permanently leave their classrooms. And it shows the [mentored] teachers, ‘I could be a consulting teacher, too.’”

Rademacher admits that the dual roles of a PAR can be a bit of a juggling act.  “It’s a little tricky to try to be both a coach and an evaluator – to keep their trust while ultimately, I’m going to evaluate them.” She gives the program high marks, noting that, as a novice teacher, she could have benefited from working with a PAR. “I didn’t have mentors,” she said. “As a beginning teacher, there are so many things that are overwhelming, even outside the classroom: all the lingo, technology, not knowing who can help with various concerns. I can’t say enough about this program, and all my teachers are so appreciative.”

One of those is second-year teacher Leslie Blue. She admits to a bit of trepidation at the beginning of the year, saying she’d heard “good and bad things” about PAR. But, she said, sounding a little surprised, her own experience has been uniformly positive. “Bobbi Jo has been fantastic. She gives me actionable suggestions, tips and tricks. It’s been more work than not having a PAR,” she said, citing the need to submit detailed lesson plans as an example.

“Yes, she’s evaluating me but it’s never been like, ‘I’m here to find what you’re bad at.’ It just forces me to be more reflective of myself. It’s an extra voice that helps me to feel energized about what I’m doing in the classroom.”