In the last couple of weeks, a story has surfaced about the University of Minnesota’s College of Education and Human Development discussing the possibility of taking on a Teach for America training program. It is important to note the U says this program would differ greatly from the traditional TFA five-week training course, giving the university much more control over the process. 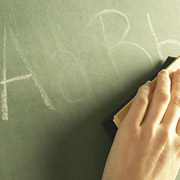 What is most interesting about these discussions, and the larger TFA debate happening in Minnesota right now, is the discourse of attack that has developed on both sides. This kind of discourse does not help anyone.

The primary narrative from TFA in their efforts to gain traction in Minnesota is one of brilliant and eager young teachers who are ready and able to bring excellent education to underserved schools. They tout glimmering statistics for their success, and paint a picture of a revolutionary new approach to teaching. However, as with any education metric, the real results are mixed. Despite this, the established image of TFA allows anyone who raises criticism of the program to cast the challenge as a vicious attack from teachers’ unions, who have developed a largely devensive rhetoric thus far. This becomes a powerful talking point, as desire for education reform picks up steam.

As in all industries, educators must continue attracting the best and brightest to the teaching profession, and TFA is on the right track by introducing the best minds coming out of college to the classroom. However, creating an alternate, short-track path to teaching that undermines building long-term careers in the classroom is not a solution.

The way of life we know now was built on the strength of our unions, and our teachers should be recognized as part of that great tradition. TFA may bring out stories of students who were inspired by their teachers, but there are certainly those same stories of fantastic unionized traditional teachers. Antidotes are an effective persuasion tool, but education leaders shouldn’t rely on them to make policy. Creative solutions first take honest data assessment, and then a look at what is working. Teaching is a profession, and its practitioners should be treated as such. We’re not looking at crash course programs to place doctors in high-need rural areas. Nor are we fast-tracking lawyers to work in underserved areas of the law.