In a time of budget deficits and decreasing resources, how can we best promote the economic vitality and livability of our neighborhoods? Should neighborhood organizations reorganize resources to be more efficient or rely more on volunteers? Should city government raise property taxes to support neighborhood organizations? Should we cut property taxes and focus government funding on basic services? You’re invited to join the discussion online or at community conversations.

“A code word for disinvestment in the public sector.” That’s the New Normal, according to Sheldon Mains, co-president of the Seward Neighborhood Group (SNG) [and chair of the TC Media Alliance board of directors.] Mains says that disinvestment is a blow to neighborhood organizations, which can no longer rely on the levels of city and state funding they’ve become accustomed to. Under the New Normal, nonprofits like SNG find themselves depending less on paid staff, more on volunteers-difficult, Mains says, because fewer people have time to offer. Neighborhood organizations are also forced to ask for donations more than they have in the past, a challenge when individuals are financially strapped and fearful, and simultaneously receiving more requests to help fund worthy causes. 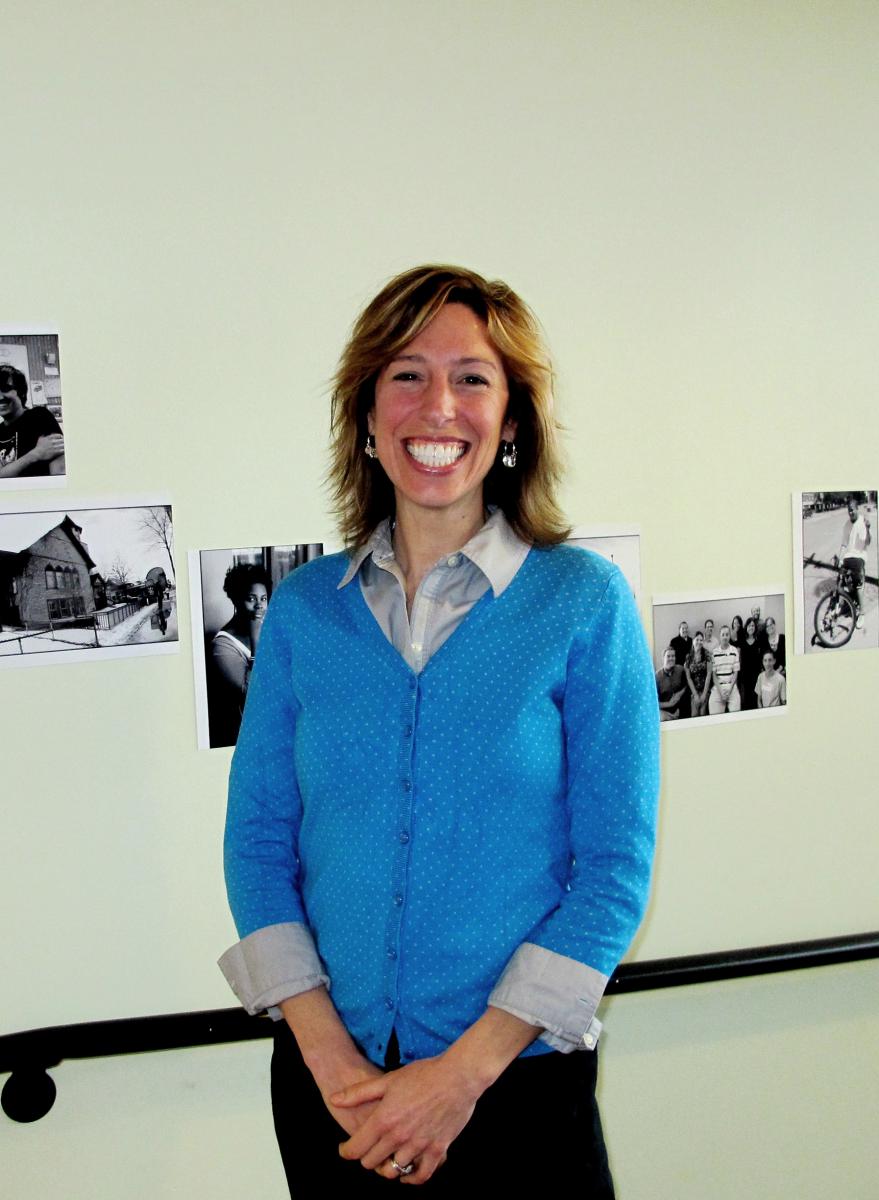 Competing for scarce resources is something that the staff of Redesign, Inc., a community development corporation serving the Greater Longfellow neighborhoods of South Minneapolis, is confronting. According to Associate Director Katya Pilling, “Now that funding is drying up, the environment is much more competitive and everyone is trying to maintain enough resources to stay alive and keep doing our work. Unfortunately, politics impacts who gets funded and larger organizations with higher profiles have more clout than local, neighborhood-based organizations.”

The politics of funding neighborhood-based organizations is something that Armando Camacho and Lisa Lane at Neighborhood House, on St. Paul’s West Side, are  very familiar with. Camacho, the nonprofit’s president, and Lane, its vice president of resource development, say that smaller nonprofit social service providers are struggling in this new environment. Mergers, acquisitions, and partnerships are taking place, more than they have in the past.

While Neighborhood House, which acquired East Side Family Center in January, does not fall into this category—it employs 65 people and has a budget of over $5 million—its staff has had to rethink how it functions, especially when it comes to generating the money it takes to continue operating. Founded in 1897, Neighborhood House provides an array of social services to 14,000 people annually, including the largest food shelf in Ramsey County, adult education, HIV and AIDS prevention, and assistance of various kinds to immigrant populations, including English language classes. Since the recession hit, its services have been in greater demand, yet at one point it faced a significant budget gap, as donations from foundations, corporations, and individuals dried up. 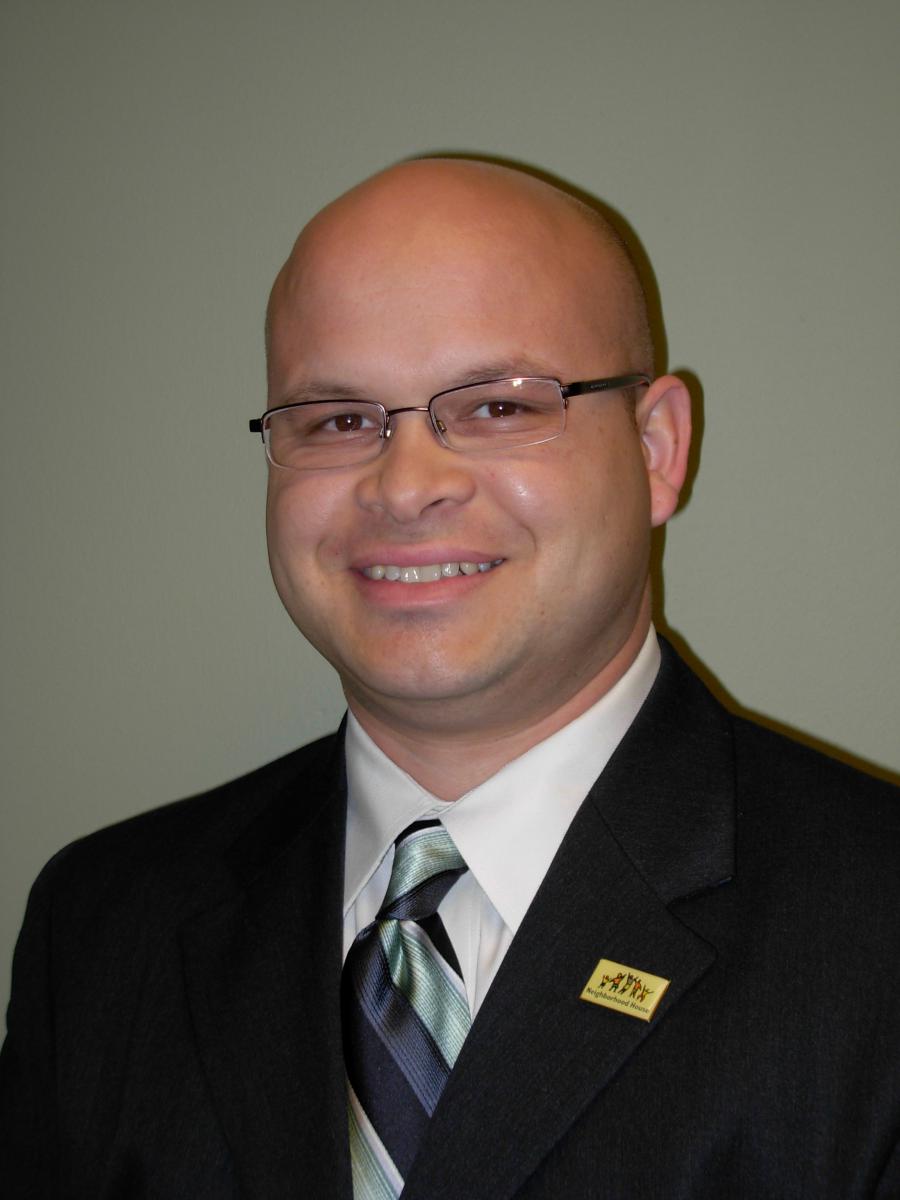 Camacho and his staff “took the bull by the horns” and reexamined their approach. Aware that donors must form an “emotional relationship” with Neighborhood House, they  changed how they talk about their work, form relationships, and distinguish themselves from other nonprofits. Part of their success has been through developing innovative ways of demonstrating how their services help their donors, including in the corporate and business world.

For example, when Bailey Nurseries of Cottage Grove was told that Neighborhood House planned to start a community garden to stock its food shelf, it stepped forward to show its commitment to those enrolled in Neighborhood House education programs. Many of the nurseries’ workers take GED classes there. Bailey ended up donating all of the plants and planting tools, and funded a summer intern. Experiences such as these demonstrate in a direct, personal way the impact dollars donated to Neighborhood House have on people’s lives. In this case, Bailey could also see how its support contributed to a stronger workforce. Now Neighborhood House is not just surviving the recession, it is making strides in its mission to provide a “hand up,” not a “handout,” for those in poverty.

Neighborhood House is not alone. A recent article in the Star Tribune described how Metric Giles and Mari Lecours have reorganized St. Paul’s Community Stabilization Program in ways that have made it less adversarial, leading to  new collaborative relationships with other groups, in turn putting that nonprofit back on solid footing. All of these are signs of how tough times are “forcing many people, organizations, and systems to rethink the way they function, and in some cases to do it better,” says Russ Stark, the St. Paul city councilmember whose ward includes neighborhoods as socioeconomically diverse as Hamline Midway and St. Anthony Park.

The loss of NRP (Neighborhood Revitalization Program) funds is currently one of the greatest challenges faced by Minneapolis neighborhoods. [For TCDP coverage of the battles over NRP, click here.]  Kris Nelson, who directs the Neighborhood Partnerships for Community Research Program at the University of Minnesota’s Center for Urban & Regional Affairs (CURA), expresses shock over Minneapolis Mayor Rybak’s proposal to take NRP funding away from neighborhoods as a way to lessen property tax increases. He says that analysis done by the Humphrey Institute shows that the neighborhoods losing funds, including those in the near north, near south and Longfellow areas, are the ones that are most in need, and that the amount of savings in property taxes, per individual, is minimal. This, he says, shows who has clout at City Hall.

Nelson adds, however, that one consequence of NRP was that it turned neighborhood organizations into “administrative bureaucracies,” often pulling them away from their core missions. He recognizes the many challenges being imposed on neighborhood groups as NRP closes down, but also sees opportunities for organizations to reassess and reconnect with their original values and goals. Nelson notes that St. Paul’s District Council system has provided more stability to neighborhoods in that city.

Sam Newberg, an urbanist, consultant, and writer, who blogs as “Joe Urban,” says that he and other board members of South Minneapolis’s Standish-Ericsson Neighborhood Association (SENA) are in a lurch. They have a “painful awareness” of what cuts could mean, but still don’t have a handle on how life without NRP will affect their association’s funding. 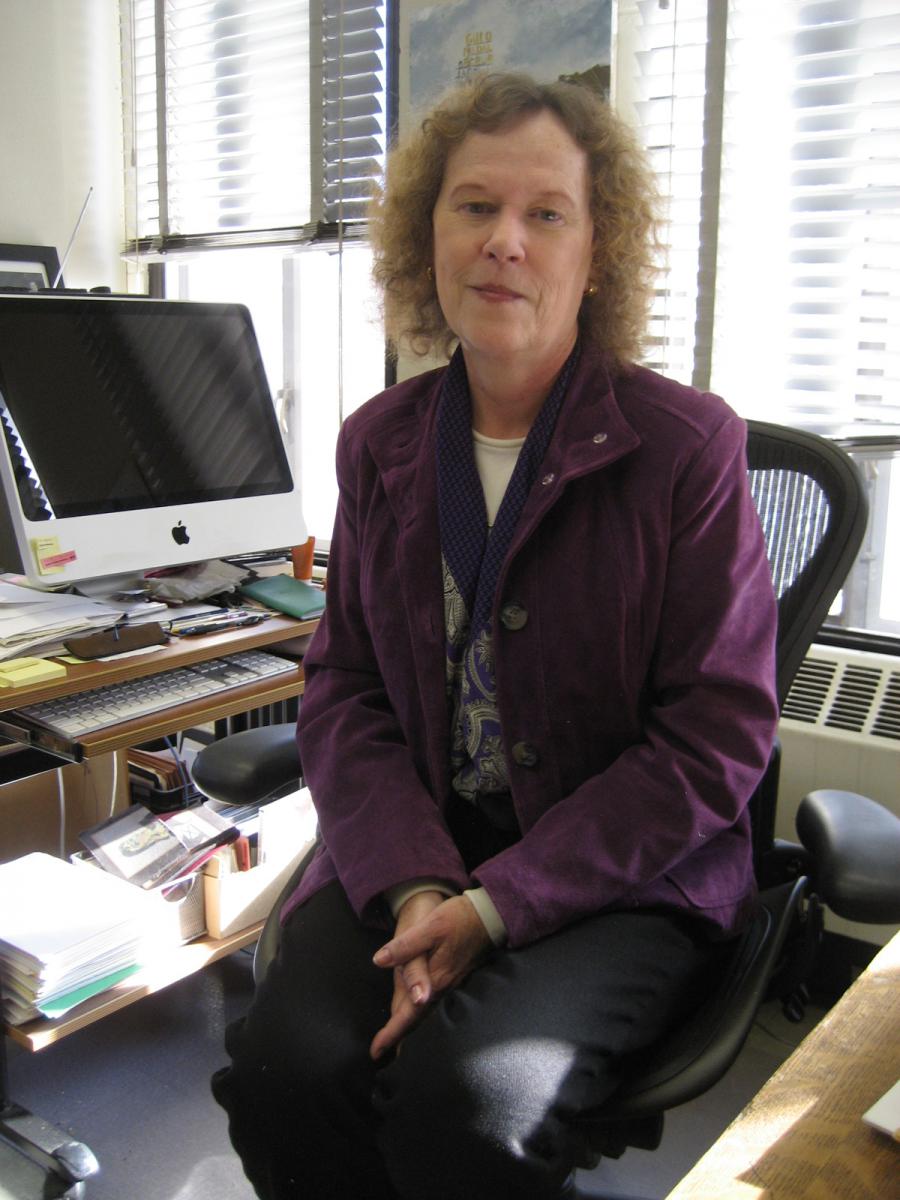 While applauding NRP for giving residents a greater sense of connection to their neighborhoods, Judith Martin, a professor of geography at the University of Minnesota, and former president of the Minneapolis City Planning Commission, points out that the program “always had an end point.” Martin’s main concern is that the level of services taken for granted by residents on both sides of the river is diminishing. This includes street repairs, snow removal, and keeping schools in reasonable condition. “When basic caretaking is not getting done, then you’ve got problems,” says Martin. Unfortunately, Martin doesn’t see much willingness among those in “the political world,” to take on some of today’s biggest challenges. Signs of hope for her come from students, who are engaged in communities and who seem determined to not drive to work or own a private home. Also from fellow baby boomers, “a hugely idealistic generation,” who, in retirement, she hopes, may find an opportunity to make the impact they’ve always talked and dreamt about.

Perhaps surprisingly, nearly everyone interviewed for this article was able to see past new, possibly permanent economic challenges,and identify ways that they are having a positive impact on neighborhoods and society as a whole. 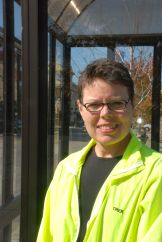 For Joan Pasiuk, Bicycling and Program Director at Transit for Livable Communities, and a resident of St. Paul’s Macalester Groveland neighborhood, the New Normal reveals appalling disparities. At the same time, she thinks the economy is forcing many Americans “to do new thinking faster” and to scale back on some old habits that were unsustainable. Pasiuk, among others, points to shifts in how people get around-more walking, bicycling, and mass transit use-as a positive sign.

She says that people are also paying more attention to what kinds of communities they want to live in, something that is evident in growing support of local businesses and foods, gardening and coops, as well as more sharing of resources, including bicycles and cars. Like Martin, she finds it hopeful that younger people are questioning their options, opting not to be burdened by owning homes and cars, and choosing to live in walkable urban neighborhoods instead of suburbs.

Sam “Joe Urban” Newberg exemplifies what Pasiuk describes. Newberg says that his neighborhood, Standish-Ericsson, has benefitted from a younger generation of first-time homeowners who have more modest expectations. He sees the neighborhood as a good fit for a growing numbers of buyers who are cautious, looking for affordability and access to light rail. “If the New Normal results in less reliance on cars and big homes, and making do with less, then Standish-Ericsson is perfectly set.” Newberg sees his neighborhood and SENA, its neighborhood association, drawing new energy, ideas, and talent from younger residents committed to their community. 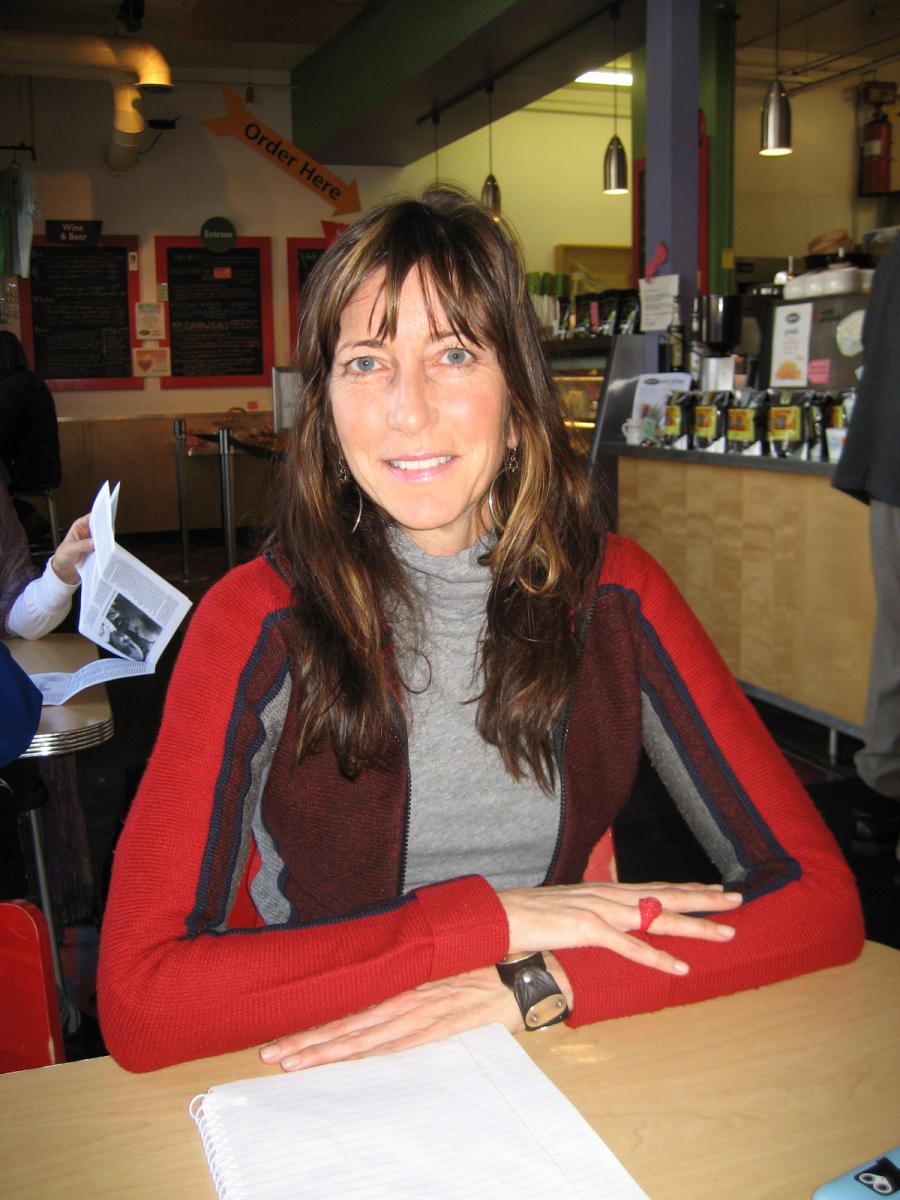 Several people interviewed said they have witnessed an increase in community participation in their neighborhoods in the past few years. Tracy Singleton, owner of the Seward-based Birchwood Café, and a Seward Civic & Commerce (SCCA) board member, voices concerns, however, about how the economy, in conjunction with other factors, has resulted in the disappearance of neighborhood newspapers in print form, including Seward’s The Bridge. This has kept some residents out of the loop on important developments, she adds, and consequently they’ve been absent from vital community conversations.

Understandably, it’s more difficult for some to see any silver linings in the “New Normal.” 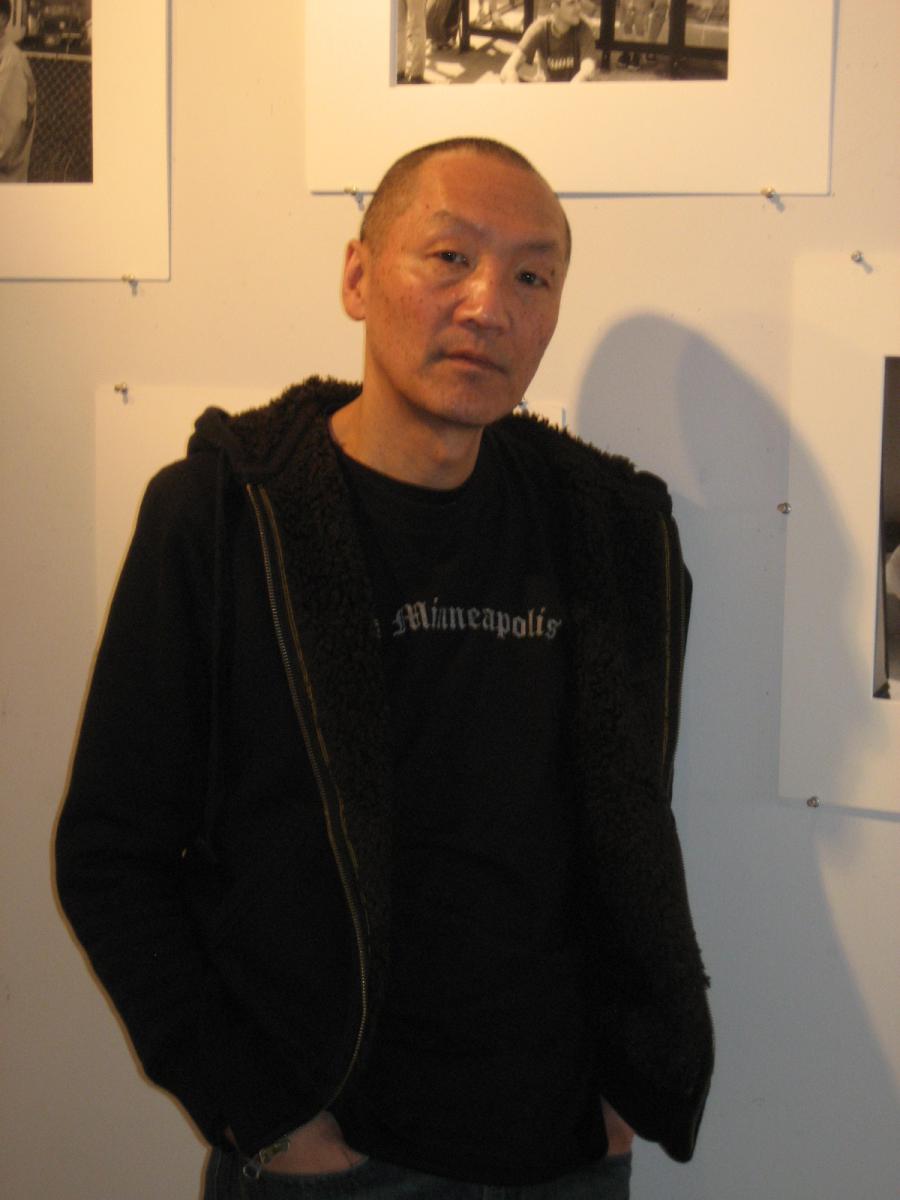 Photographer Wing Young Huie, who has lived and worked in both Minneapolis and St. Paul, and is best known for his large-scale neighborhood photography installations in Frogtown, on Lake Street and University Avenue, questions the use of the phrase “New Normal.” He voices concern that whenever we become attached to a phrase, we begin to look at everything happening around us through that prism or frame. What troubles Huie most about how we live now are the greater degrees of social disconnection, disenfranchisement, and polarization that he sees all around him.

“Everyone is in their own customized technological bubbles,” Huie says. People are driven by their fears, uncomfortable with public encounters, kept apart by harsh, polarizing discourse. These social trends, he says, transcend the mostly economic concerns that tend to be the focus of “New Normal” discussions. Still, communities, as he experiences them, are more divided than ever between those with resources and those without.

The poor, those most vulnerable to cuts in services, are experiencing the New Normal’s harshest effects; on that, everyone interviewed agreed.

Armando Camacho, at Neighborhood House, referred to a recent Gallup Poll showing that most Americans know how the economic downturn is affecting them, but are confident they’ll survive it. His concern is for the other 30-plus percent, those who make up his client base and who do not have 401(k)s.

Tracy Singleton, who says her business has experienced double-digit growth the past three years, offers that the reason this economic downturn has been labeled the “New Normal” is because it is being felt by segments of the population that normally go untouched, the middle-class and wealthy. CURA’s Kris Nelson, who administers the Northside Seed Grant Program through the University of Minnesota’s Northside Partnership, agrees. He observes that the poor are no longer part of our political discourse. “The focus is always on the middle-class now.”