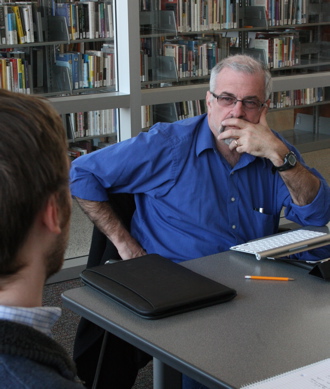 The abbreviation “Ph.D.” stands for philosophiae doctor, or “Doctor of Philosophy.” If a person has a Doctor of Philosophy degree in philosophy, then, that person must be quite philosophical, indeed. And what would someone so philosophically inclined do for a living? Become a restaurant critic, media mogul, and man-about-town, of course. Exempli gratia: TC Daily Planet founder Jeremy Iggers.

After many years as a U of M doctoral candidate and Star Tribune restaurant critic, philosopher Iggers started the Twin Cities Daily Planet in 2005. This gave rise to the non-profit media empire known as the Twin Cities Media Alliance. Iggers also created a popular food blog called TC Foodies.

Last week, Jeremy made another media move by bringing TC Foodies under the aegis of the Planet. I tried to catch up with him as he was dashing from place to place, as men-about-town with Ph.D.s in philosophy are incessantly doing, so I could ask him what led up to this dramatic merger.

LL: Should I call you Dr. Iggers?

LL: Before we discuss your latest media move, let’s step back a minute and talk about how you got from philosophy major to food writer.

LL: I’ll rephrase. How did your interest in food begin?

Jeremy: Let me think…my real interest started after I studied abroad in France during college. Some friends and I decided to travel by Volkswagen camper from France to Turkey, Iran, Pakistan, India, Nepal, Thailand, and Japan. 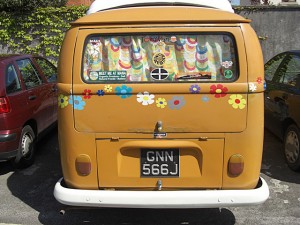 I discovered that food was the one point where I could connect with people from other cultures, even with no common language. Somehow we would get directed to a local cafe, someone there would lift the lid off a pot and smile, and suddenly we were speaking the same language, in a way.

LL: Why did you decide to major in philosophy?

Jeremy:  Hmmm. It seemed at the time that it was more important than anything else.

LL: Does it seem so in retrospect?

Jeremy: After college, I took off for Seattle in an attempt to replicate my world food adventures on a smaller scale. I worked as a freight handler and busboy and spent all my money going to cheap ethnic restaurants in the International District. Back then, you could get a great Korean or Chinese or Vietnamese meal for $2. It was wonderful!

LL: Were you aiming to become a food philosopher, if there is such a thing? 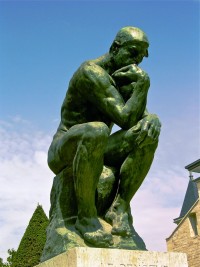 Jeremy: No — there are French people who write philosophically about food, but I’m not one of them. I started writing about food as comic relief when I was in grad school. Kind of a hobby and part-time job. I figured I’d end up getting a job in philosophy somehow.

Then I noticed that the people who were actually getting jobs in philosophy were a lot smarter and harder-working than I was.

Jeremy: Mais oui. I was writing restaurant reviews for the Twin Cities Reader when I heard about a food writer job opening at the Detroit Free Press. I applied on a whim, got the job, took a leave of absence from my philosophy program, and moved to Detroit. So that was my first full-time newspaper job.

LL: How did you incorporate your philosophical tendencies into the newspaper business?

Jeremy: Once I got to working at a newspaper, all kinds of interesting ethical questions started presenting themselves. What people in journalism call an “ethical issue” is quite different from what a philosophy department says about ethics, or moral philosophy.

Jeremy: For example, journalists would consider it unethical if a source bought them a cup of coffee. That just isn’t done, because it would look like the source was trying to buy some influence.

But news organizations don’t consider it an ethical lapse to completely ignore some constituent communities — like poor communities of color — in favor of others. A moral philosopher might see that as a failure of their responsibility to inform the public. 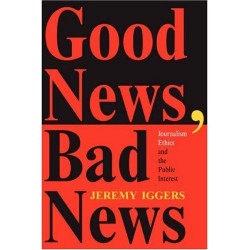 LL: Indeed. When did you actually get your doctorate?

Jeremy: I set what at that time was the record for the most years taken to complete a Ph.D. in the philosophy department: 19 years.

Jeremy: That record has since been broken, but I was pretty proud of it while it lasted.

LL: When did you start writing for the Strib?

Jeremy: While I was at the Detroit Free Press, I also started writing for the Star Tribune part-time. I went back and forth for about three years. Then in 1987 the Strib wooed me back to Minneapolis with an offer I couldn’t refuse.

LL: Do tell! I hope it was something unethical.

Jeremy: They offered me a trip around the world and a chance to write about ethics as well as food. So I started writing an occasional ethics column.

Jeremy: Yes. I wrote these long, boring, carefully-thought-out articles, making interesting philosophical distinctions, and as far as I know no one ever read any of them. They’re called “thumbsuckers” in the journalism trade.

LL: You wrote thousands of food reviews for the Strib. You got yourself a reputation as a fair-minded restaurant critic and ethicist. Why did you leave normal journalism to start something as wacky as the TC Daily Planet? 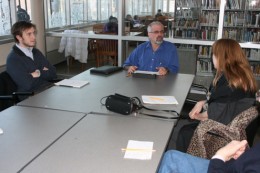 Jeremy: I started to get interested in journalism experiments called “civic” or “public” journalism. After my experience with philosophical thumbsuckers, I wanted to do a kind of journalism that was more participatory.

I heard about an organization in South Korea called “OhmyNews,” where they had about 60 professional journalists and thousands of citizens who contributed reporting.

Hmmm, I said to myself. Could we do “citizen journalism” like that here? So in 2005, I went ahead and started the Planet.

LL: Was TC Foodies going to be a part of the Daily Planet from the beginning?

Jeremy: No. Ann Bauer and I first pitched the idea of a blog like TC Foodies to Minneapolis-St. Paul Magazine. They didn’t go for it, but I decided to start it anyway — to keep my hand in the food writing business, and to see if I could get lots of people to contribute their own reviews.

Jeremy: Some did, but not what I imagined. I thought, if I built it, they would come. But I was too busy with the Planet to devote any time to building an online community. Still, we turned up some good food writers.

LL: Okay, go ahead and pitch your current brilliant idea of bringing TC Foodies into the Daily Planet.

Jeremy: Okay! We’d like people to create their own food blogs here and update them often. They should sign up for the TC Foodies newsletter to get fresh food news daily. They should add events to the calendar. We also want to partner with people who already have their own freestanding food blogs. We want to be the go-to site for food and restaurant info in the Twin Cities!

LL: If you build it, they will come?

Jeremy: I think people with food blogs will appreciate having the larger audience of the Planet, and Planet readers will like seeing more of what’s on TC Foodies. We can sell some advertising and build traffic for the Planet. This should be a win-win for both audiences.

LL: Is it unethical that this article is basically pimping your newspaper in your own newspaper?

Jeremy: It’s your column, and this is citizen journalism, so you can write whatever you want.