Why hasn’t Mitt Romney released more than one year of tax returns? “The cost of not releasing the returns are clear,” said conservative columnist George Will, on ABC’s “This Week.” “Therefore, he must have calculated that there are higher costs in releasing them.”  Will has a reputation for being particularly honest when his side is screwing up, but he’s far from alone in his assessment.  It’s far more damning when Bill Kristol weighs in – “He should release the tax returns tomorrow. It’s crazy,” Kristol said on “Fox News Sunday.” “You gotta release six, eight, 10 years of back tax returns. Take the hit for a day or two.”

Why are the conservative pundits hitting this so hard?  What’s at stake here is not just Romney’s candidacy or even the whole Republican ticket that wants to keep the US House.  There is a core myth that has driven Republican rhetoric for decades based on a concept of “fairness” that could come crashing down if this plays out badly – and the pundits know it. 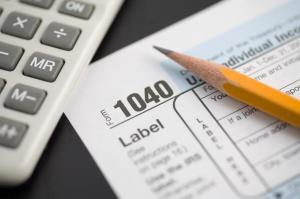 It’s common among Democrats to say that ordinary people vote Republican and take the conservative line because they believe that they might be rich one day.  This always struck me as dangerously far from the mark.  The idea of progressive taxation, or higher rates on higher income, has probably never sunk in as a particularly “fair” system.  Most people seem to believe that fairness in taxation comes from simplicity – there is a rate, maybe a few deductions, and no one can get out of paying it.

The Republican argument that blah-blah percent of all people pay no taxes is a powerful one, because it suggests that the system lets the poor off the hook.  How do “they” get that kind of special favor?  Romney’s 1040 could turn that argument on its head.

Romney’s tax returns probably do not have any serious problems.  There is a chance he made an insane amount of money when out of the public eye in the early 2000s, and that may lead reporters to shelters in the Caymans or something truly awful.  I doubt it.  More than likely, however, is a long list of deductions and exemptions based on the terrible open secret of the US Tax code – it’s insanely complicated, and complicated almost entirely to reduce taxes on the very wealthy.

“Fairness” is always in the eye of the beholder, of course.  Designing a tax system universally regarded as “fair” is probably impossible.  However, it’s been a long time since anyone ever really tried.  What we have is a patchwork of ways of dodging the progressively higher rates applied to higher incomes.  It’s been decades since the system had a complete overhaul.

Such an overhaul is exactly what the Simpson-Bowles framework for deficit reduction calls for as a starting point on the tax collection side.  It’s worth noting that both parties rejected this without a lot of discussion.

Yet many friends of mine who are reliable Democrats have come to embrace a kind of “flat tax” with very few deductions as a “fair” kind of income tax system.  A single rate, around 20%, combined with deductions only for the number of people per household creates a tax system that is very progressive with only two variables.  If that “standard deduction” was on the order of $10k per person, you’d still have about 40% of all families paying zero income tax.

Without getting into the math too hard, what I describe here could generate about the same or more revenue.  Total receipts from income tax are only $1.3T on about $13T of income, or an overall 10%.  The definition of “income” starts to be an issue when defining your tax system, but the point remains the same.  What we have now is insanely complicated with remarkably little revenue taken in, for all the shouting and accounting.

Romney’s tax returns for the last 12 years would likely lay bare how bizarre our current income tax is – and how a system most people would describe as “fair” would never have all the deductions and complications that are almost certainly on Mitt’s tax returns.  A call for major reform will almost certainly result if this becomes a serious campaign issue.

And tax reform would destroy the much of the Republican position on “fairness” as we know it today.

Of course, longtime policy wonks and observers like me welcome a new debate and long for an end to the picayunish pontification on rates and minor adjustments to the current tax code.  But we’ve never had a chance to even make our case through the smoke and noise.  The Romney tax returns are the opening we’ve needed, whether we see them or not.  And that has the conservative pundits running pretty scared – for good reason.