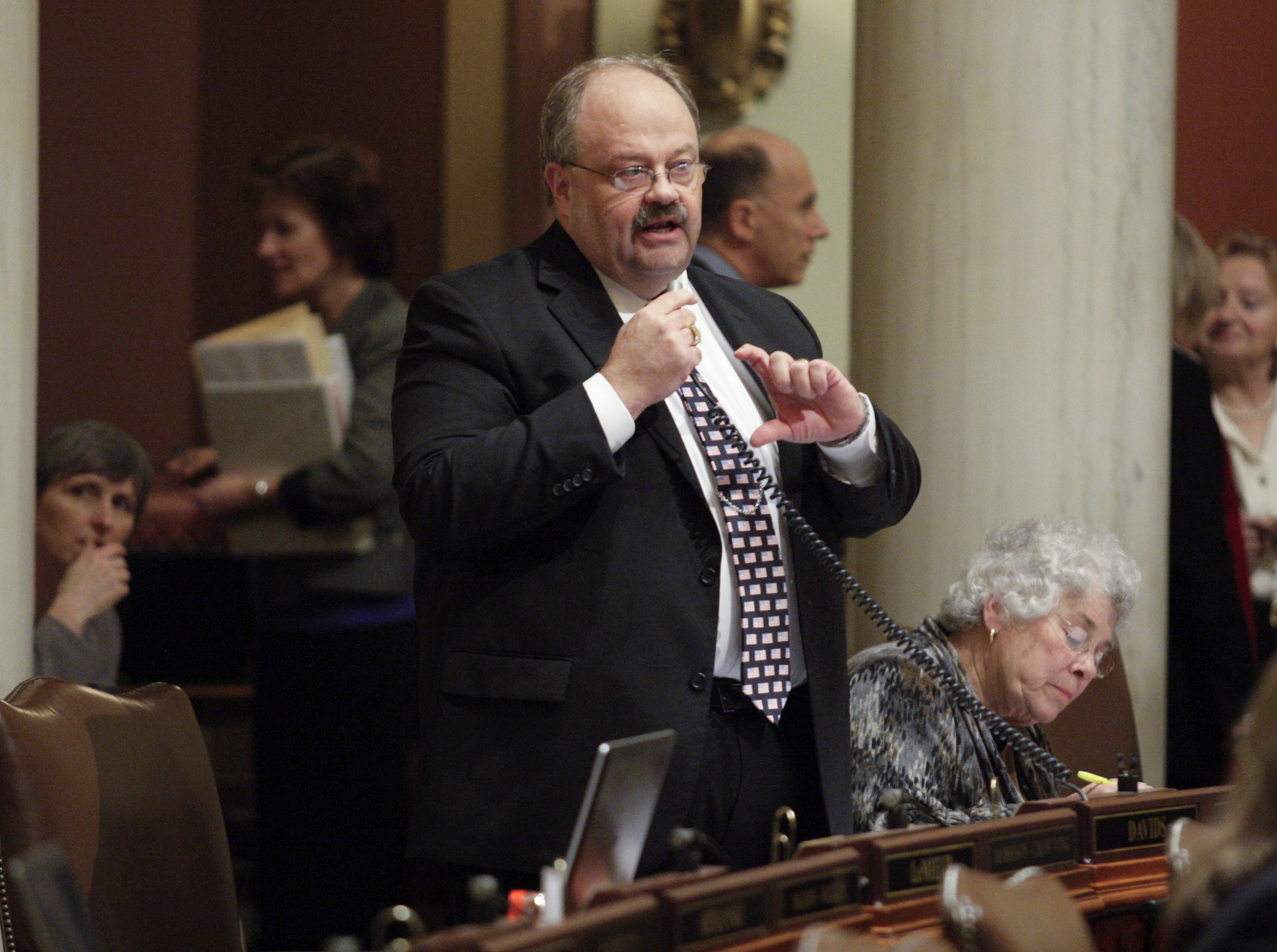 Rep. Greg Davids is the sponsor of the omnibus tax bill. (Photo by Paul Battaglia)

A phase-out of a state property tax levy paid by seasonal/recreational property owners and business property owners is the cornerstone of  HF2337, the omnibus tax bill. But critics say the tax benefit comes at the expense of renters, namely seniors and the poor, through a decrease in the renters property tax credit.

The bill passed the House March 21 on a 72-62 party-line vote and now goes to the Senate, where Sen. Julianne Ortman (R-Chanhassen) is the sponsor.

Sponsored by House Taxes Committee Chairman Rep. Greg Davids (R-Preston), the bill’s journey to the floor came after a week of committee testimony, including a nine-hour meeting where the DFL put forward approximately 20 amendments, with few being accepted. On the House floor, however, only two were proffered, and both were accepted by Davids.

He said the bill’s provisions are aimed at improving the state’s business climate by phasing out the state property tax levy over 12 years beginning in 2014 and excluding 70 percent of the first $150,000 value of all business property in 2013.

The bill would also:

To prevent these credits and the phase out from negatively impacting the General Fund by more than $69 million in fiscal year 2013, the current renters credit would be decreased with some relief provided for qualified seniors and people with disabilities.

DFLers fault the bill on two premises: it represents misplaced priorities by having businesses benefit at the expense of renters, and it is not fully funded in future years, leaving a $900 million deficit by fiscal year 2019.

“This is not Minnesota nice,” said Rep. Paul Marquart (DFL-Dilworth). “We are asking senior citizens who make $30,000 or less to foot the bill for a tax benefit that the wealthy corporations haven’t asked for.”

Rep. Jim Davnie (DFL-Mpls) called the bill’s funding “deficit by design.” He said recent Legislatures have been unwilling to face economic realities, and have continually borrowed money, rather than raise revenue. “We played games; kicked the can down the road and designed the next deficit. We are doing it again with this bill,” he said.

However, Republicans say that high business taxes are affecting Minnesota’s recovery from the recession and that ultimately consumers pay through lower wages and higher prices.

“I think this bill does a good job for a couple of reasons: It is targeted at small businesses, which provide about half the jobs in the state. We bumped the R&D credit up a little bit. We want these types of jobs in the state. They provide the type of income we want to have in Minnesota. This is a very modest step in that direction. If we want to get out of this recession, we have to do some things differently,” Loon said.

Several provisions related to tax increment financing extensions are in the bill, including two to help kick-start the stage two development plan for the Mall of America.