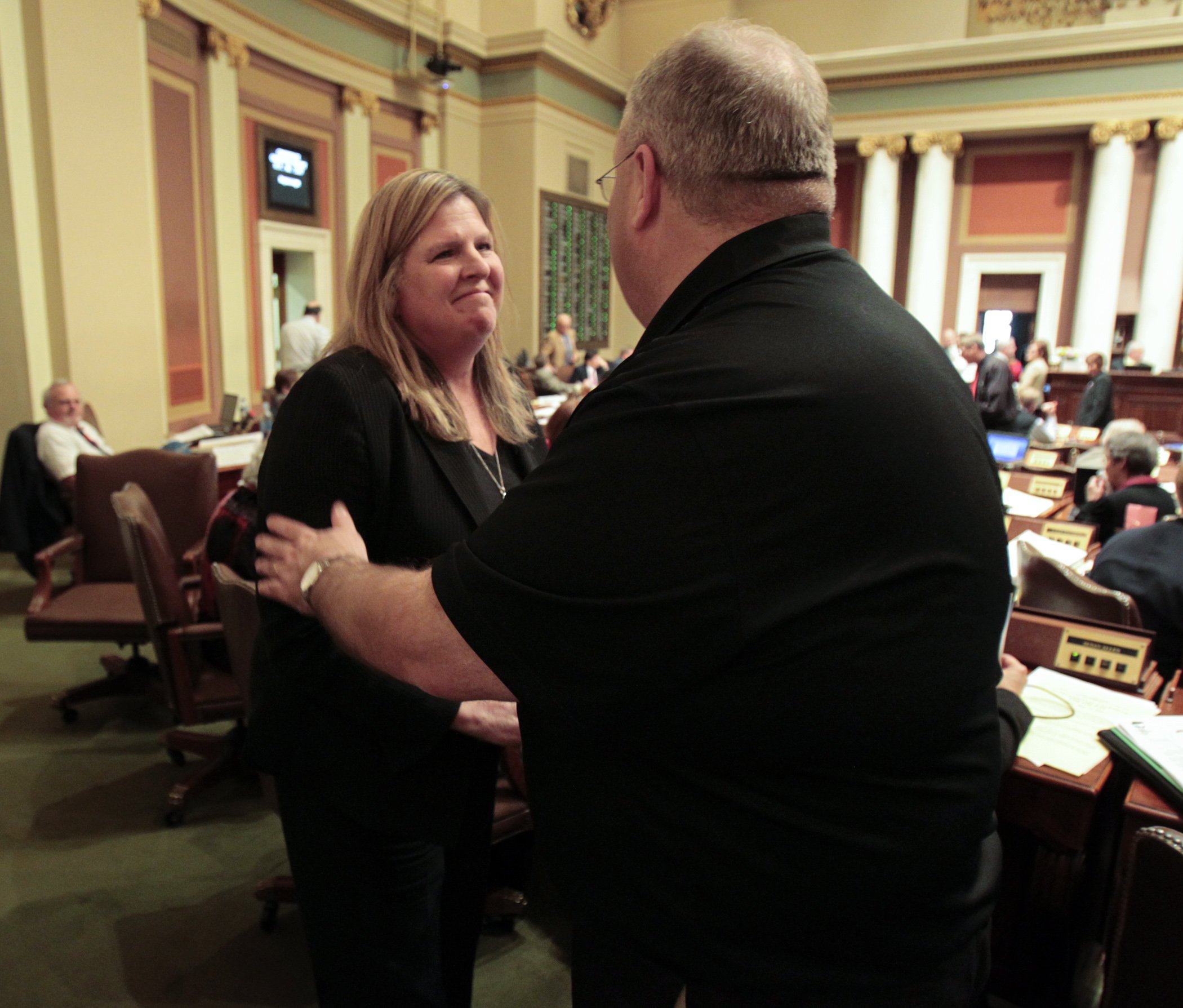 The Lewis and Clark Regional Water System project that would bring water to parts of southwestern Minnesota, including Worthington and Luverne, became a surprise component to end-of-session negotiations in an effort to gain support for a bonding bill via the omnibus supplemental tax bill.

Before House and Senate conferees signed off Thursday on HF3167*/ SF2726, an amendment was added to provide funding for the project. The bill was sent to the House floor in the early hours of Friday morning where it passed 131-0 and was sent to the Senate.

Rep. Ann Lenczewski (DFL-Bloomington) and Sen. Rod Skoe (DFL-Clearbrook), the respective tax committee chairs, sponsor the bill, which targets $103 million in property tax relief, credits and refunds. Lenczewski said the late addition of the Lewis and Clark project would not change the bottom line of the conferred bill, and that project funding could come from money targeted for local government aid in later bienniums.

The project, which began construction in 2003, would pipe water from the Missouri River in South Dakota to several communities including those in Minnesota.

To support completion of the project in Minnesota, the bill would provide $45 million in local bonding authority, with the local governments responsible for one third of the debt service, while the state would be responsible two-thirds, and authority for the communities to use a half-cent sales tax to fund the issue.

The signature spending proposed by the House is $45 million in property tax relief for fiscal year 2015 through increases in the homestead credit refund base on taxes payable in 2014 by 3 percent; the renter property tax refund base on rent paid in 2013 by 6 percent; and an increase in the agricultural homestead market value credit beginning in 2015. The property tax provisions are expected to cost the General Fund $24.6 million over the current biennium.

“The House really wants property tax relief,” Lenczewski said. “We had a surplus, and the House wants to give more of that surplus back.”

Rep. Greg Davids (R-Preston), former House Taxes Committee chair, noted the bipartisan provisions in the bill. “I have to say for the record, this is not the smokin’ hot tax bill (and oft-referred to term he used for his tax bills), but if you touch it you will get burned.”

Senate provisions accepted by the House include:

Both bodies put forward provisions to help increase the dwindling numbers of first responders in Greater Minnesota. The bill would establish a 14-county pilot project aimed at improving retention and recruitment of these positions. Included is a $500 stipend that would be paid to each eligible first responder in participating counties. The program is expected to cost $3.23 million in the 2016-2017 biennium.

The House was relentless in its plea to the Senate to include a provision to help “puppies and kitties.”

A request for sales tax amnesty was brought forward after a Department of Revenue audit showed that several nonprofit animal shelters had not been collecting sales tax on the adoption fees they charged for animal placement.

“I am hopeful … These do-good, do right by animal people can be given a modicum of relief so they can continue to do their good works. It will further the education efforts by the department of revenue, which is trying to educate these organizations about the sales tax issue,” said Rep. Linda Slocum (DFL-Richfield), a bill conferee.

The bill would provide amnesty regarding owed back sales taxes to operations that are not currently registered to collect and remit the tax. However, they would need to register and begin collecting the tax within four months of the bill’s enactment.

And so much more

The conference committee granted several community requests for changes to their tax increment financing programs, as well as adjustments to local sales taxes.