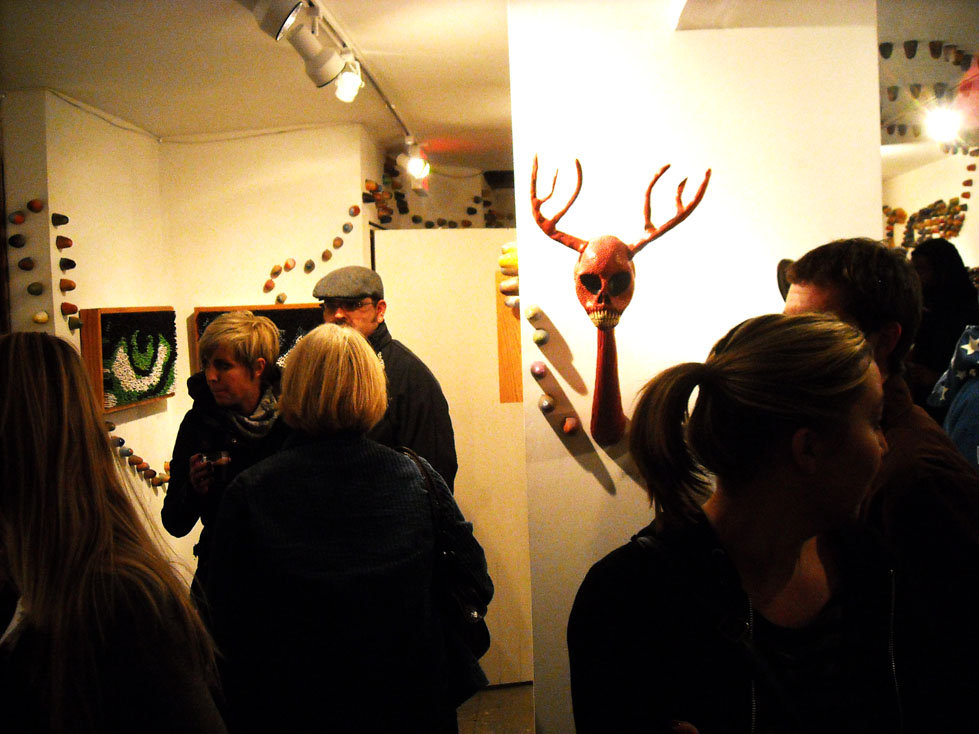 After a summer without gallery space, Northeast Minneapolis newcomer Tarnish & Gold reopened on November 4 in a new location. The gallery moved a few blocks from its original location on Marshall St. to The Foundry on 13th Ave. NE after the rent was raised due to renovations according to gallery co-founder Caitlin LaFlash.

The Foundry, which once housed a different gallery and apartments, was recently renovated and now houses several businesses, including Tiger Rose Tattoo, Studio 3 massage therapy and The Barber Sharp (an old fashioned barber shop).

Carney’s work consisted of several individual pieces of clay coming together to form a bigger picture—an appropriate concept to Tarnish & Gold’s new situation at The Foundry, where everyone in the building is coming together to help build community, says LaFlash.

“[It] isn’t just artists or art studio spaces, but it’s businesses that have these similar values and goals,” says LaFlash. “The businesses are committed to building community and share that part of Tarnish & Gold’s mission.”

The gallery’s next exhibit, Disobey, by the artist collective Dim Media starts December 2. They are also accepting submissions from local artists through the first six months of 2012. 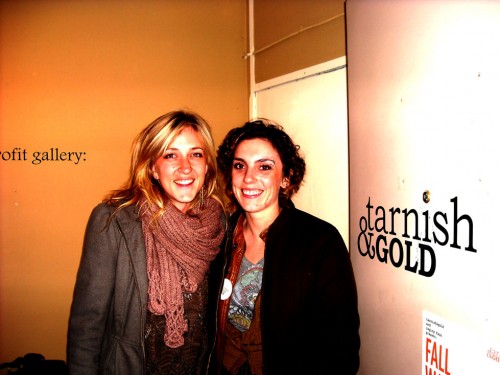