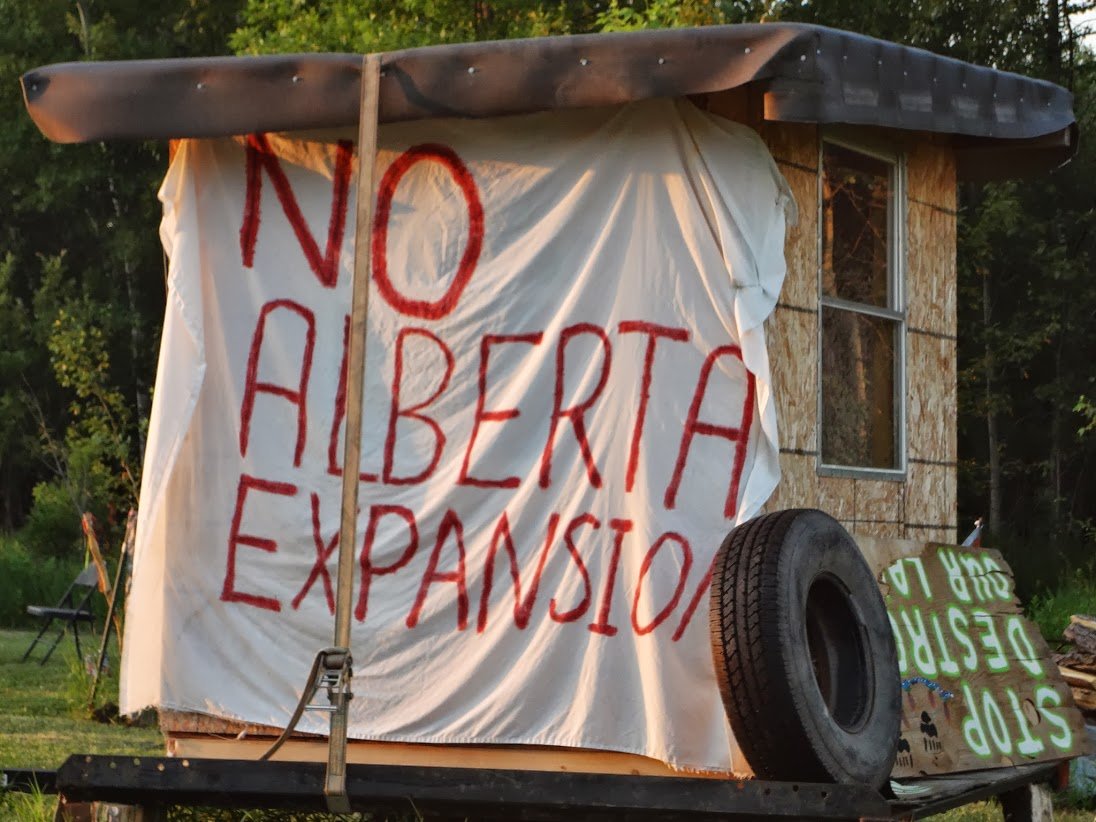 As controversy over TransCanada’s Keystone XL pipeline has captured most of America’s attention, Minnesotans have been dealing with a different pipeline carrying tar sands bitumen to the United States. On July 17, 2013, the Minnesota Public Utilities Commission (PUC) granted Enbridge, L.P. a 120,000-barrel-per-day (bpd) capacity increase to line 67, the “Alberta Clipper”, from 450,000 bpd to 570,000 bpd.

This is the first of a two-phase capacity increase that Enbridge hopes will reach 880,000 bpd (50,000 bpd more than the projected 830,000 bpd capacity of Keystone XL). The application for Enbridge’s second-phase increase has garnered more attention and activism by Minnesota pipeline opponents, led by MN350. Comments submitted by MN350’s legal team to the PUC point out a number of contested facts found within Enbridge’s Phase 2 Certificate of Need. On September 4, the PUC will make a decision on whether a contested case hearing is necessary as a result of the disputed facts uncovered during the comment period. MN350 has asked the public to “pack the PUC to send the message that the contested case hearing is necessary.” There will also be an event on September 9 in Duluth organized by IEN, Sierra Club, Idle No More, MN ASAP and MN350 to resist the tar sands being transported through northern Minnesota. Contentious debate over tar sands mining and its exportation is not new to environmentalists and trade analysts alike.

Canadian crude has become a longstanding source of energy for the U.S. To keep the flow continuous and secure, the U.S. has strategically negotiated free trade agreements with an eye toward control of future Canadian energy supply and less toward sustained mutual benefit. The result is an agreement that drives energy exports from Canada, guaranteeing the U.S. a high percentage of Canadian oil and natural gas. Under NAFTA (article 605), Canada must maintain the previous three-year proportional average of energy exports of total energy supply (domestic production plus imports) to the United States. This means that if, for example, Canada has exported 50 percent of their total energy supply to the U.S. over the past three years, they must maintain energy exports to the U.S. at 50 percent or higher of their total supply, even if it means allocating more energy away from its own domestic need.

The proportionality clause is unique in that there is no similar clause in any other trade agreement, nor does NAFTA’s other signatory (Mexico) ascribe to it (page 26). Projections by the Parkland Institute show that even a 10-percent decrease in production would cause a domestic shortfall due to trade obligations, leaving Canadians the options of importing oil from other oil exporters or importing their own oil back from the U.S. Under the proportionality clause, reductions in production caused by natural disaster do not release Canada from these trade obligations. Sovereignty can only be described as absent in cases where Canada is unable to provide its own natural resources to its own people in need.

Still other NAFTA provisions can be used to force tar sands bitumen across the border. Articles within NAFTA’s chapter 11, often referred to as investor-state provisions, could potentially be used by TransCanada to push through Keystone XL, avoiding public debate and environmental regulation. Investor-state provisions allow corporations to bring lawsuits against governments if they perceive unfair treatment or loss of projected revenue. As of March 2013, over 100 cases have been brought about using NAFTA’s chapter 11. The threat of costly legal action deters governments from creating laws and regulations that promote regional development and public safety. In order to avoid chapter 11 lawsuits, governments are inclined to dismiss or ignore proposed laws favoring environmental and public protections if they can possibly be misconstrued as impediments to industry.

Trade rules are not the only avenue through which sovereignty is violated. Due to Enbridge’s failure to procure an easement, Enbridge pipelines illegally pass through Red Lake Nation land near Leonard, Minnesota. Marty Cobenais of the Indigenous Environmental Network first discovered this infraction, and has worked to bring awareness of the pipeline and the effects it has on the environment to Northern Minnesota communities. A group of Red Lake members continue to occupy the trespassed land bringing awareness to the issue through the #RLBLOCKADE campaign.

On July 16, 2013, the EU energy commissioner Gunther Oettinger addressed an audience at the Center for Strategic and International Studies in Washington D.C. Mr. Oettinger spoke of the EU’s declining energy production, its increasing energy import dependence, and the hope that through the Transatlantic Trade and Investment Partnership (TTIP) negotiations, a “trans-Atlantic energy trade” can be established between the U.S. and EU, noting the new energy wealth the U.S. has obtained through unconventional fossil fuel resources. From a social justice perspective, NAFTA presents us with a history of failure due to trade liberalization. It is quite clear that if the TTIP and the Trans Pacific Partnership (TPP) pass with articles similar to the proportionality clause and investor-state provisions, what little voice people and their communities have to control and limit unconventional energy extraction will be handed entirely over to industry, trade representatives and corporate-influenced trade tribunals. Heeding the call to renounce the pipeline at the PUC on September 4 is the first step toward resisting unconventional energy extraction and the violations of sovereignty it brings.

Photo: Anti-expansion display from the #RLBLOCKADE encampment near Leonard, Minnesota.