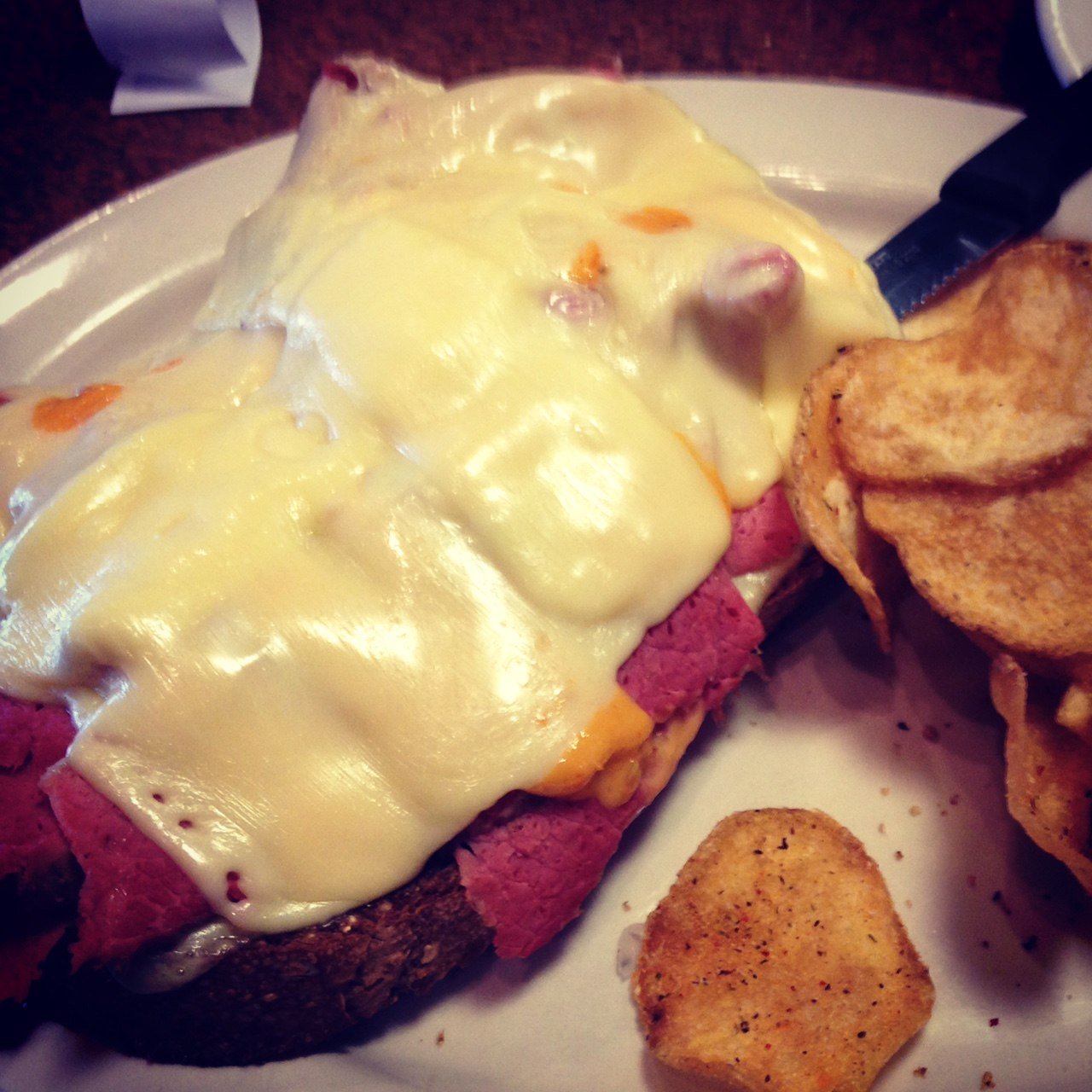 Before you begin this article, please kindly follow this link in another tab, and allow the music to play while reading. Thank you.

The Reuben. By nearly all accounts, the crown jewel of the sandwich universe. Legend has it that Archimedes, having slipped into that fateful bathtub, took the first bite of a corned beef, Swiss cheese, and sauerkraut on Marble Rye1 and proclaimed, “Eureka!” which roughly translates to, “What a sandwich!” Later that evening, he dipped the second half of his invention into a bowl of Thousand Island dressing, which spilled over the edge, thus discovering the displacement of volume. History has muddled the details, but the Reuben has been central to our culinary consciousness ever since.

Five hundred years and eons of food trends later, the sandwich has transcended any one category; it can be found in most diners and sandwich shops. Indeed, with such delicious ingredients, it’s difficult (but not impossible)2 to screw up. Its ubiquity, for some, obscures the importance of its preparation, and fosters a kind of laziness. Some establishments simply throw together a random deli meat and what tastes like McDonald’s secret sauce, and dare to call the result a Reuben. But to the avid connoisseur, there is most certainly a science, nay nuance, to its composition.

There’s not enough Internet for me to expand upon the right way to make a Reuben. My goal for this column is to boil down the best of the best here.

Many may disagree with my selections of locale,3 which are of course subjective. On a recent Sunday afternoon, I undauntedly set out to sample three of my favorites: Mort’s Delicatessen in Golden Valley, Crossroads Diner in Minnetonka and, it goes without saying, Cecil’s in St. Paul.

Here in brief, is my Tale of Three Reubens.

The flashiest of the three by far, Mort’s menu is infused with Chicago style fare, with a lot of heartland ingredients mixed in with the East Coast stuff. I can’t say that the Reuben was anything less than spectacular, however. A glorious display, the sandwich was served open-faced (a massive face, let me tell you, that took up the entire plate) with cheese aplenty. But its size overwhelmed the delicateness of the dish; the subtle flavor balances were ultimately lost in the vast scope of the sandwich. Incredibly delicious, but it certainly was the All-You-Can-Eat-Buffet of Reubens. 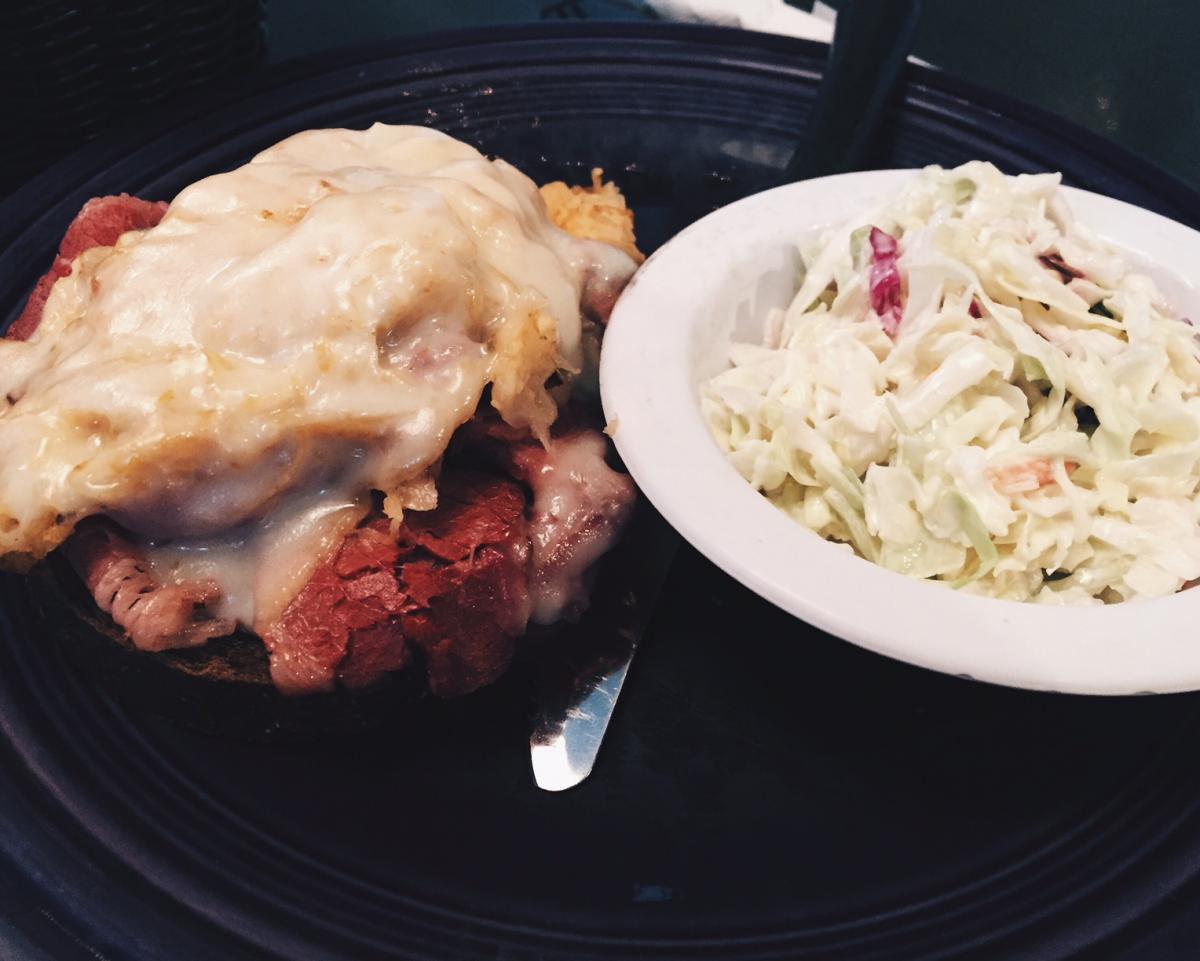 For regulars, the Crossroads is home. Nestled almost secretly off Cedar Lake Road in Minnetonka, the place seems to have grown a community all its own. Certainly the demographic is a bit older, which yields some pretty great conversation over-hearing.4 In keeping with the family aesthetic, the ever-changing menu caters to the preferences of the patrons. Non-deli foods abound; daily specials rapidly turn into regular items. But the Reuben is unshakable, and undeniably solid. Here was certainly a welcome size downgrade from Mort’s, with leaner corned beef and more cheese relative to size. I’d give Crossroads the nod for top cole slaw. Certainly not the best, but worth it for Sunday brunch in the ‘burbs. 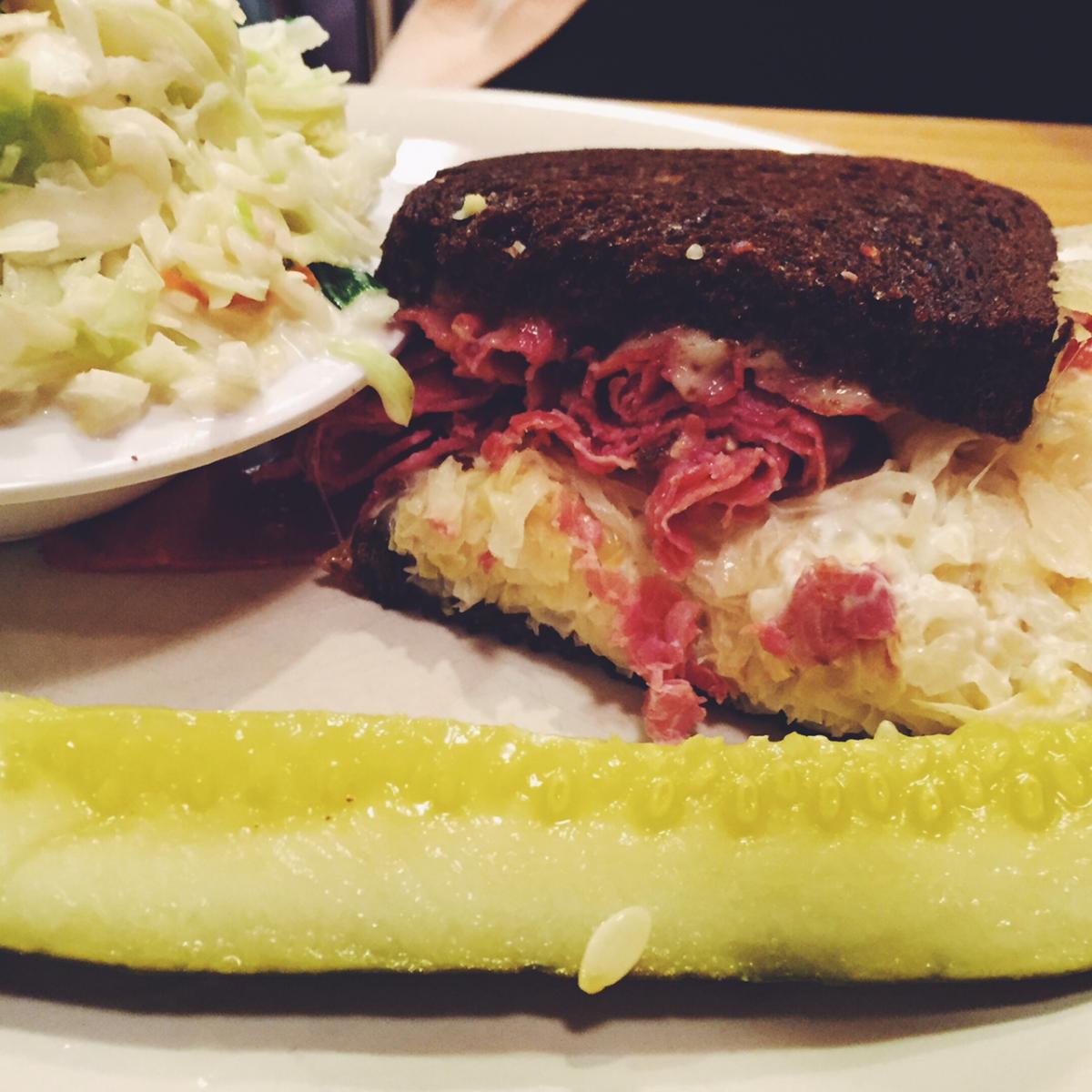 I won’t beat around the bush: Cecil’s wins, hands down. This should come as no surprise to Twin Cities natives– the St. Paul mainstay, it seems, has been almost universally crowned top-deli. A breath of fresh air for a New Yorker, the open deli counter, on-premesis baking, and Kosher foods retail area all smack of (but do not even approach) Katz’s in NYC. Family owned and operated, “tradition” and “history” are words that come to mind as you enter the joint. The behemoth of a menu leaves nothing left to be desired, hitting every possible option. And the Reuben? Per. Fect. The leanest corned beef. The dark, toasted Rye subtly cradling a closed-face. Just the right amount of sauerkraut. Interestingly, Thousand Island dressing is replaced by a “secret” sauce, which I believe was sour-cream based, but whose recipe was not shared upon request. Oh that I could have bottled some of that sauce! It made this most delicious of Reubens almost legendary.

As I drove home, I pondered my day of paraReubendise.5 The true takeaway was simply a profound appreciation for the sandwich. So beloved by foodies everywhere, it brings Love, Family, History, and Friendship to tables everywhere.

Right: The Cecil’s classic. Unlike Rome, this was built in a day.