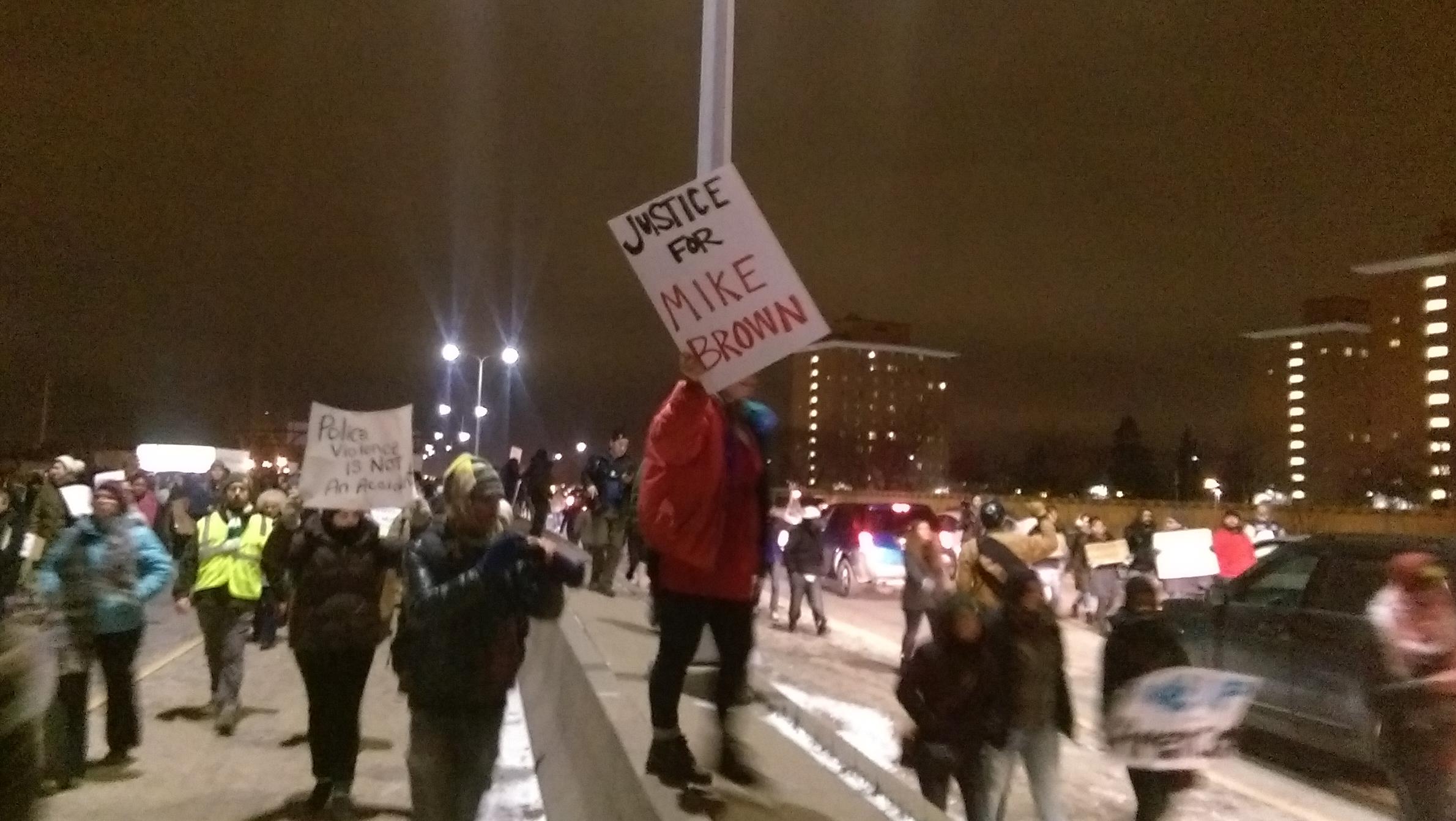 Thousands of protesters responding to the Ferguson, MO, grand jury decision gathered Tuesday night in south Minneapolis. But the local headline fodder was the story of the pedestrian protester struck and injured by a car at the intersection of Lake and Minnehaha.

The car’s driver, presumably used to the traffic norms of four-lane death roads, “paused behind a vehicle stopped in front of it, and then steered around that vehicle and drove slowly into the crowd that was blocking the intersection,” according to a Star Tribune article.

It seems the driver was so confused by the presence of people in the street that he simply decided to take what he assumed was his right of way.

Really, this was bound to happen. Tensions between pedestrians and automobiles in public space are a persistent theme in the story of the death of Michael Brown in Ferguson, Missouri.

Remember that the confrontation between Brown and Ferguson police officer Darren Wilson began when Brown and a friend were stopped for walking in the middle of the street. Their interaction escalated from there, in a struggle between the patrol car and the street that ended in tragedy.

And, in the much broader context of the story, we should remember the role highway infrastructure plays in dividing neighborhoods, shaping suburban residential patterns, and enforcing segregation in cities like St. Louis and our own Twin Cities.

Tuesday night’s protesters – my partner and I among them – were out in sufficient force to take over Hiawatha Avenue at rush hour. The pedestrian masses walked the northbound lanes all the way from the scene of the hapless driver’s hit-and-run on Lake Street to the intersection with 35W. Marching on foot in this realm of the automobile, as a protest against the ways in which fear and bias play out in our streets, felt like the right thing to do.