At the preview of the Nobel Peace Prize Forum on February 14, we were told that, for the first time, the major sessions of the Forum would be live-streamed and accessible around the world. I did not publicize that to my own mailing list, since I was most interested in attendance at the event. There is a particular synergy when people come together at an event and, besides, the vast majority of the sessions were not televised.

In the end, it appeared that the attendance was very strong through the closing session on Saturday, and all of the plenary sessions are archived on-line at the Forum website. Watch them. There’s lots of insights. (In going there this morning, I found that my own reports through this blog led to my own ‘byline’ – a pleasant surprise to me. I was just interested in sharing bits and pieces of this phenomenal event.)

I’m left with a most daunting task: how to summarize those 27 hours at Augsburg and the University of Minnesota, and attendance at 15 plenaries, workshops and events, into a few hundred words of “takeaways” – things I hope one or two readers will find useful.

I think my most important observation is one which I actually made several months ago while observing a gathering in the Minnesota State Capitol the day after the government shutdown ended. The full report is here; the summary of that post is very simple: Margaret Mead was right. “Never doubt that a small group of thoughtful, committed citizens can change the world, indeed it is the only thing that ever has.”

But there is an essential corollary to that quote, which I stated in the blogpost: those people in the Capitol circle, and those people in every circle aspiring to change anything, have to turn around and engage the people outside of their circle, otherwise their energy is wasted. Over and over again in the conference, in sundry ways, I heard variations on the same theme: we are a very complicated world, and we have to negotiate and to compromise.

Good friend Bob Barkley, in Ohio, asked: “As I have commented before on several issues, I wonder what you think the root causes are which lead to situations other than peace. Many people point to religious fundamentalism and intolerance, wealth inequality, and the general passion for power, for example. But what one thing stands out from your sessions?

It feels to me like the entire peace effort is often little more than a rambling struggle in the wilderness. And we don’t seem to be able to make much progress. If you were to sit down now, after all you’ve heard, and concentrate on one thing, what would it be?”

My answer: conflict is a complex business. My friend Michael Andregg took an impressive stab at defining the business of War a few years ago, and his 289 page book is accessible free on line here. Just a look at the Table of Contents gives a clue about the causes of war. I’d simply add to the answer as I just stated immediately before Bob’s quote: get out into the world, you little groups, and make the changes you wish to see in it. Get to know each other, and work together not separately.

Someone, I’m thinking it was in one of the workshops I attended, talked about our tendency in this society to put ourselves in ‘boxes’ of like-minded individuals. As technology expands its reach, paradoxically we can become more and more isolated: our boxes get smaller and smaller, our ideological purity greater and greater, and consequently our problems become worse and worse. We have to look “outside the walls” of our own certainties and explore the concerns and aspirations of the other (less perfect?) persons, and negotiate, and compromise. We need to do this to survive.

The conference put me in constant proximity to many young people, children and college age and young post-college. These are the people who will make the future out of whatever mess we elders leave them. The image seared in my memory will be F. W. deKlerk connecting with those First Graders from Burroughs Elementary in Minneapolis on Education Day. They are our future. He knows. We know. My friend, Lynn Elling, near 91 years old, lives his passion that the future is the children. Not him. The children. 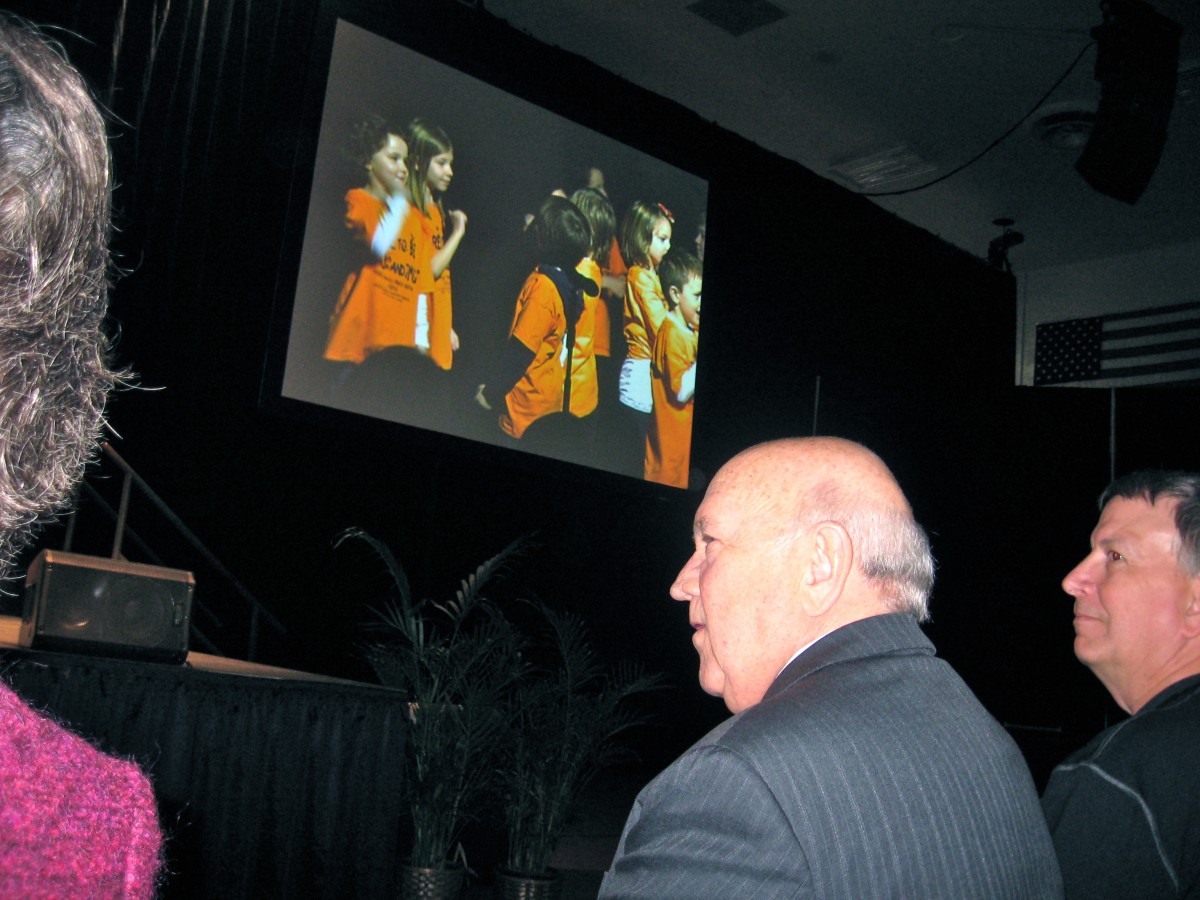 I could go on and on.