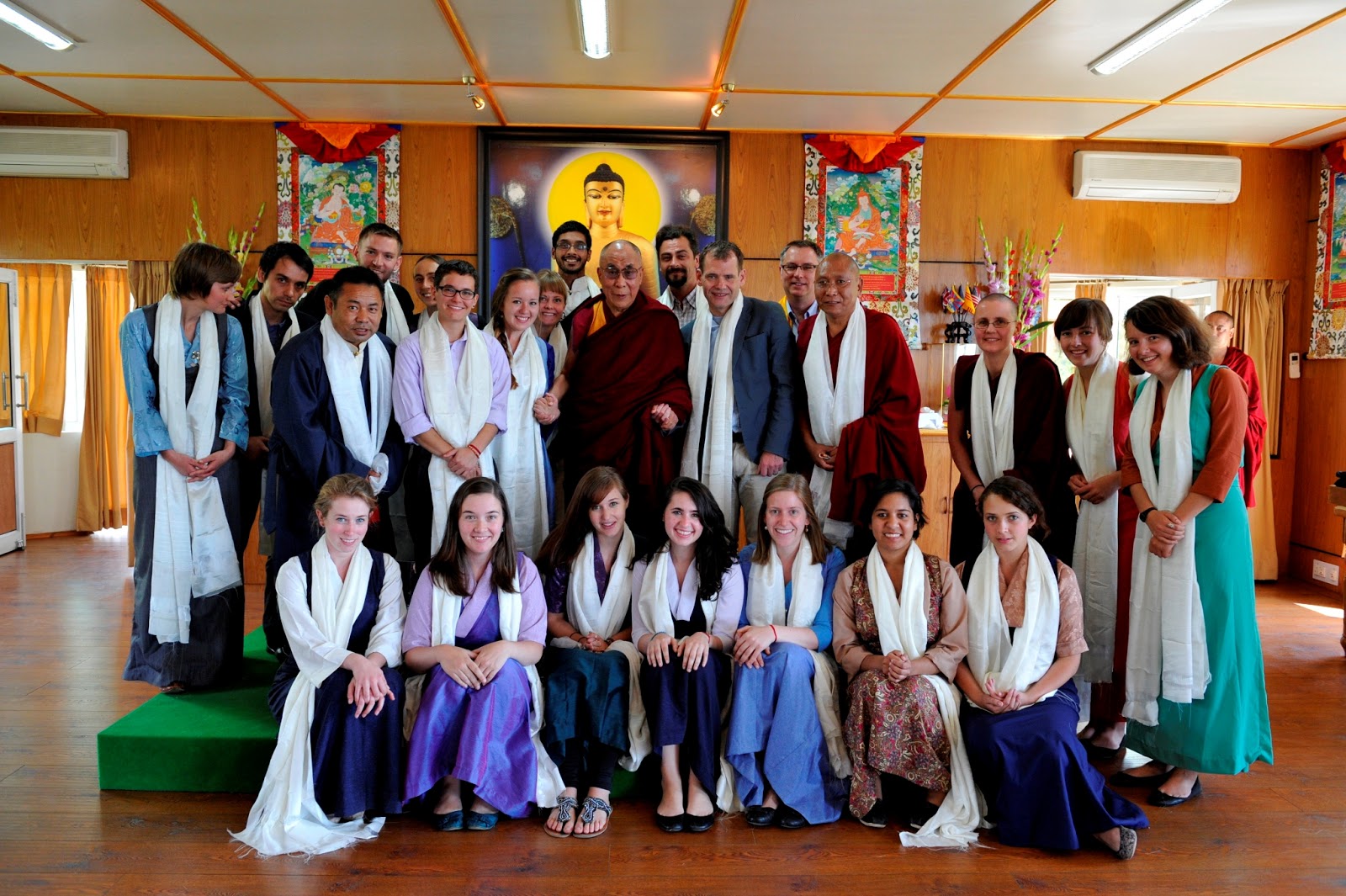 On the first day of my philosophy class at the Institute of Buddhist Dialectics, Geshe Kelsang Wangmo-la begun her presentation of the Buddha’s life with an assurance that despite her maroon monastic robes and closely shaven head, she was not there to convert anyone. Instead, Geshe-la instructed us to listen over the coming months with an open mind. “Take the bits you find useful,” she said, “and just leave the rest.”

As our studies continued, it became obvious that Geshe-la’s words were not merely a piece of rhetoric used to satisfy the critical minds of Western students, but rather a crucial part of Buddhist doctrine. With each new topic we encountered, the importance of the process of listening, contemplating, and meditating on Buddhist teachings was drilled into our minds. According to Buddhists, it is only through this three-fold familiarization with an idea that one can decipher its meaning and decide whether it accords with reality. I am still in the process of contemplating what I have encountered since my time in Indiabegan in January. Yet the individuals I have had the opportunity to listen to have given me plenty of useful bits and pieces to consider.

For example, His Holiness the Dalai Lama’s call to implement an introduction to secular ethics into the education of children worldwide has caused me to reflect on the notion of secularism and whether moral education ought to be included in Western schools. In our private audience with His Holiness, he spoke of the American case and provided a vision of how the incorporation of morality into American institutions may be useful.

Between jokes followed by rolling laughter that echoed across our group, His Holiness stated that while religion is an individual matter, the use of a moral guide in how one lives one’s life is useful to those making decisions at all levels of society. Though I am still unsure how such a union of morality and secular institutions could work on a practical level, these thoughts have caused me to examine and reevaluate my own assumptions about religion, morality, secularism and the role of philosophy in the modern world.

Yet nothing has challenged me more than Geshe Kelsang Wangmo-la’s philosophy class. As a philosophy major, I came to India with a very specific vision of what philosophy ought to be and how one ought to study it. Presented with a slew of Buddhist doctrines and a close examination of the path to enlightenment from an insider’s perspective I was taken by surprise, and, at first, quite resistant. When questions in class were shut down, I became frustrated; when they were answered only from a Buddhist viewpoint, even more so.

When this happened, Geshe-la remained patient and kind. Eventually her calm confidence penetrated my bad attitude and I began to do what I should have been doing all along—listening, respectfully, with an open mind. Though there were still moments that irked me, I tried to employ the advice Geshe-la opened her class with, taking the bits I found useful and leaving the rest. Once I did that I was able to enjoy the experience for what it was: learning Buddhist philosophy from the first female Geshe in the Tibetan Buddhist tradition. As I go into my independent research period with Geshe-la as my advisor, I am overcome with excitement to work with such an incredible, intelligent individual. So much so, in fact, that it was she, not the Dalai Lama, that I made sure to stand next to in the picture taken at our private audience with His Holiness. I hope that Geshe-la’s mentorship is among those things I will take with me when my time in India ends.

Though meeting the Dalai Lama and taking a class from the first female Geshe were incredible experiences, the conversations I’ve had with friends in this program have given me just as much to contemplate. From discussions about education reform to gender equality to terrorism to the role of spirituality in our lives we have challenged each other endlessly and grown together as a group in a way that exemplifies all the clichés about “finding yourself” abroad. We struggle with selfhood. We listen to each other’s fears. We hike in the mountains and dance in the rain. We hug each other at the end of the day to remind ourselves that as difficult as this experience can be, we are all in it together.

And it has certainly been difficult at times. I can’t wait to leave behind the endlessly leaky plumbing, leering eyes of men on the street, and, of course, the monkeys. Yet as Geshe-la said, “Take the bits you find useful, and just leave the rest.” Fortunately, the useful bits seem to be endless and what I leave behind will be past and gone. With just over three weeks left here in the foothills of the Himalayas, I hope to uncover even more that I can take with me, especially a propensity to listen, contemplate, and meditate on whatever comes my way.