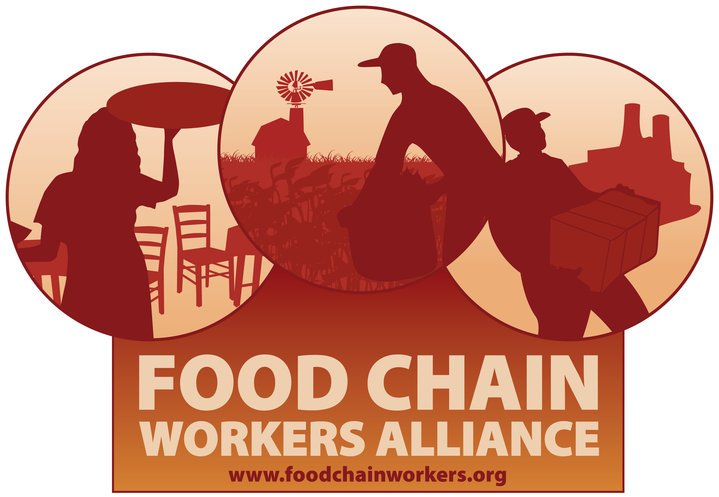 Healthy, sustainable food cannot come from an unhealthy system that exploits its workers. Right now, part of that exploitation is an unacceptably low minimum wage in all sectors of the food system, from production to distribution, retail, restaurants and food service. In response, the Food Chain Workers Alliance (FCWA) is coordinating a day of action in support of a higher minimum wage this coming Monday, March 31—César Chávez Day. Representatives will deliver a petition with over 101,000 signatures to House Speaker John Boehner in support of the Fair Minimum Wage Act (H.R. 1010 / S.460), which would increase the minimum wage from $7.25 to $10.10 per hour and the tipped minimum wage from $2.13 to 70 percent of that ($7.07 when minimum wage is $10.10).

It’s still not too late to sign the petition, so add your name before March 31 and keep your eyes on the FCWA Facebook and Twitter pages for more action opportunities this weekend and into Monday.

From the FCWA press release:

The actions come on the heels of drastic $8.6 million cuts to the Farm Bill. These cuts mean deeper poverty and more hunger to the country’s poorest residents instead of livable wages, public policies, and social programs that help people eat, work and get access to vital services designed to flow with the economic fluctuations of the U.S. economy. Additionally, a raise in the minimum wage would help the food workers who use Supplemental Nutrition Assistance Program (SNAP), also known as food stamps, at 1.5 times the rate of the rest of the U.S. workforce because of their low wages. Food workers also face food insecurity, or the inability to afford to eat as defined by the USDA, at 1.2 times the rate of all other workers. 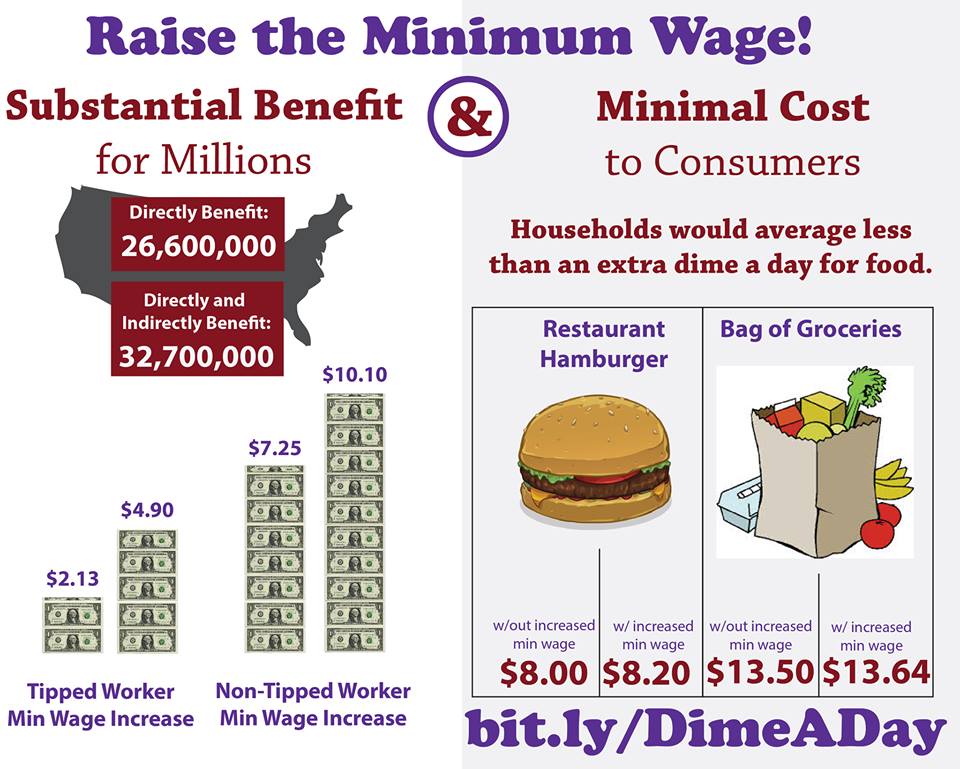 As the country’s largest private sector workforce, the nation’s 20 million food system workers make up the backbone of the economy, comprising one-sixths of all jobs in the U.S. Over one-third of the workers along the food chain would benefit passage of the Fair Minimum Wage Act.