You wouldn’t display your best friend’s picture on a billboard if it were embarrassing, would you? Yet every day, social media users post photos on the Internet that are unflattering to friends.

A professional employee who decides to have a night out at the pub is captured in a photo while intoxicated. A teenager who has changed his or her outlook on life to a more religious view is “tagged,” or identified, in compromising pictures from the past that aren’t so spiritual.

Angela Holliday, 14, of Richfield, had a more straightforward reason for asking a classmate to remove a photo that had been posted to Facebook. Like many teens who look at pictures of themselves, Holliday felt self-conscious.

“I asked the other person to take it down, and they did without any conflict,” said Holliday, who spent part of the summer studying media production at Macalester College in St. Paul. “It’s just that I felt I didn’t like my face in the photo.”

Holliday has company. Some polls show that a majority of social media users would prefer a courtesy call before being tagged in online photos.

Sophos, a worldwide technology company, polled 830 Facebook users and asked if they felt permission should be necessary before tagging or identifying friends in online videos and pictures. Eighty-three percent of those polled said that it’s common courtesy to ask before tagging, while eight percent took it more to heart by saying that it should be against the law to tag others without their authorization. Seven percent of users think that it isn’t a big deal. 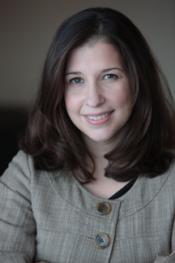 Shayla Thiel-Stern, an assistant professor in mass communication at the University of Minnesota, has researched privacy issues related to social media. She believes Facebook users should always ask permission before sharing photos or video of someone else.

“You would never just take something of someone else’s and share it with others without their permission. That would be ridiculous. A photo or video should work in the same way — that’s just basic respect,” Thiel-Stern said.

On the other hand, tagged photos can serve as an illustrated timeline of memories, pointing to positive shared experiences between friends.

“Most people who are heavy users of Facebook or Twitter share personal information. That is the wonder of social media. It provides a network of shared personal connections, and it can be very gratifying,” Thiel-Stern said.

Nevertheless, some social media users feel that tagging is invasive.

Larry Burrell, 19, of St. Paul, has experienced unauthorized tags on social media, including a picture that an acquaintance posted and refused to take down despite his protests. Burrell, who recently became involved in a church community, explained that he is focused on his priorities – religion and having a healthy relationship with his fiancé.

Tagging is something he tries to avoid and doesn’t want to see done to him when logging onto Facebook. Make that logged, past tense. Fed up with gossip and conflict online, he recently deactivated his account.

“Tags enable people to connect to your profile,” he said. “It’s my personal business, not theirs. If someone were to tag me in a photo, it would be because I told him or her to do so.”

Taneisha Dyer, 31, has had the negative experience of receiving multiple “dings” from Facebook during a professional meeting, with each embarrassing noise on her smart phone alerting her she’d been tagged in a photo. Though that can be remedied by changing Facebook notification settings, Dyer was still left baffled.

“I hadn’t seen or heard from this friend in years,” said Dyer, who was surprised by the sudden intimacy, “but when I checked my notifications, it said that I had been tagged in a photo.”

Thiel-Stern explained that when teens update, tag and post on Facebook, they’re going through a process to find their identity. For example, when a teen is posting about how they feel toward society and they receive a number of “likes,” it can be a confidence boost. “It becomes kind of a compulsion to check to see how people react to what you posted all the time,” she said.

However, getting people to see you on Facebook can affect people around you if friends are also tagged in the same post. Thiel-Stern thinks that it’s a matter of respect and empathy to ask permission first.

Or put it this way: Would you want a photo or video that made you upset posted for everyone to see?

“Even if you might not be bothered by an image like the one you’re about to post, and even if you think that posting it will get you a lot of laughs from your other friends, put that aside for a moment,” Thiel-Stern said. “Your friend might have very legitimate reasons for not wanting it posted.”