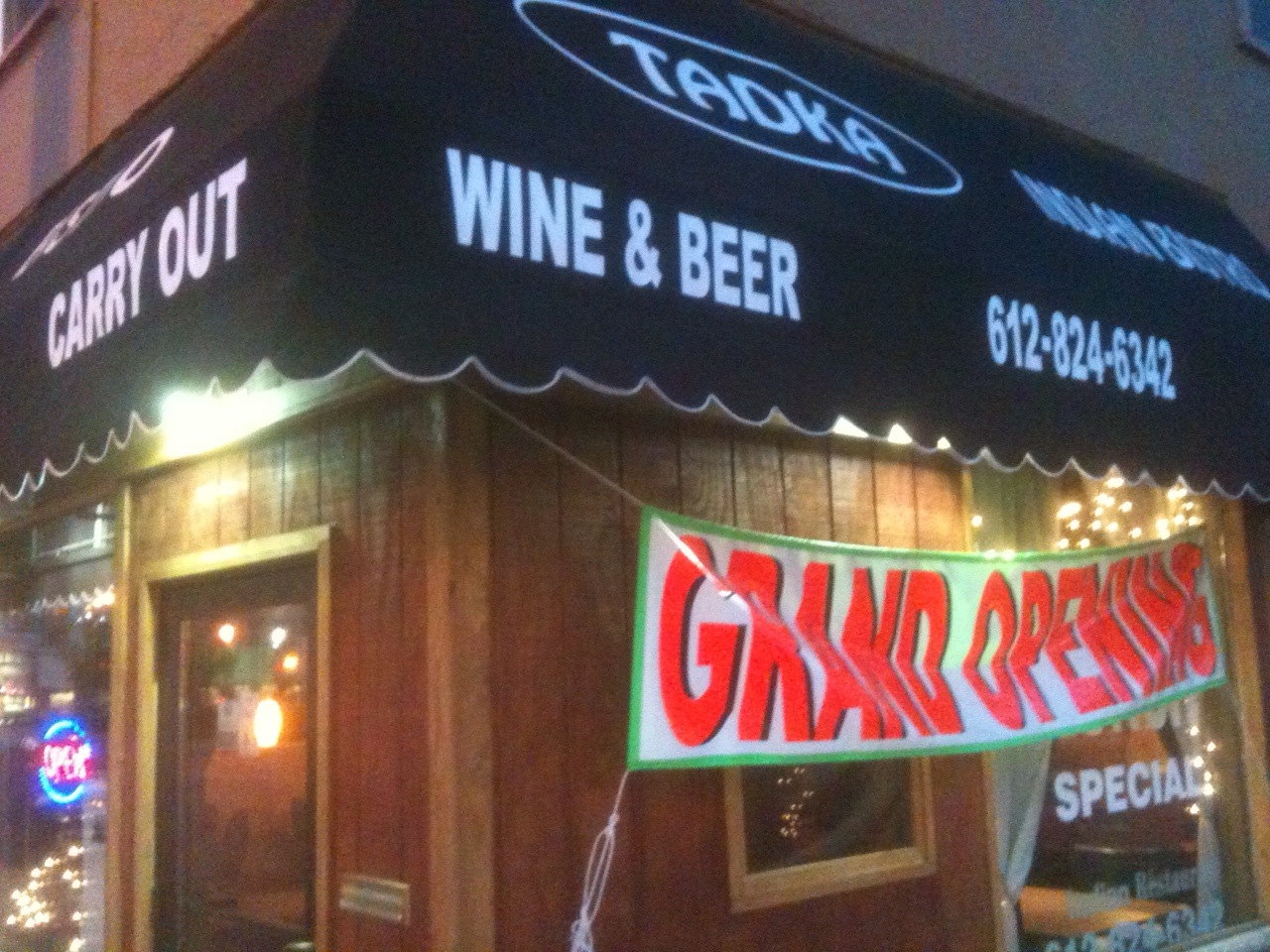 I wasn’t sure whether to feel happy or sad when I saw the Grand Opening banner outside the new Tadka Indian Bistro at Emerson and Lake — sad that Delights of India had closed, but happy that my friends BK and Ameeta Arora had finally managed to retire.

The Aroras had retired once before, around 16 years ago, after running Delites of India for many years, and leased the restaurant to a succession of other operators. When the latest one stopped paying the rent, three years ago, BK and Arora reluctantly came out of retirement and reopened Delights as a strictly vegetarian Indian restaurant. When they were younger, they had served meat, and even operated a steak house, but BK is a devout Hindu, and never felt right about serving meat.

You can imagine my surprise when I walked into the new Tadka Indian Bistro and saw both B.K. and Ameeta hard at work. 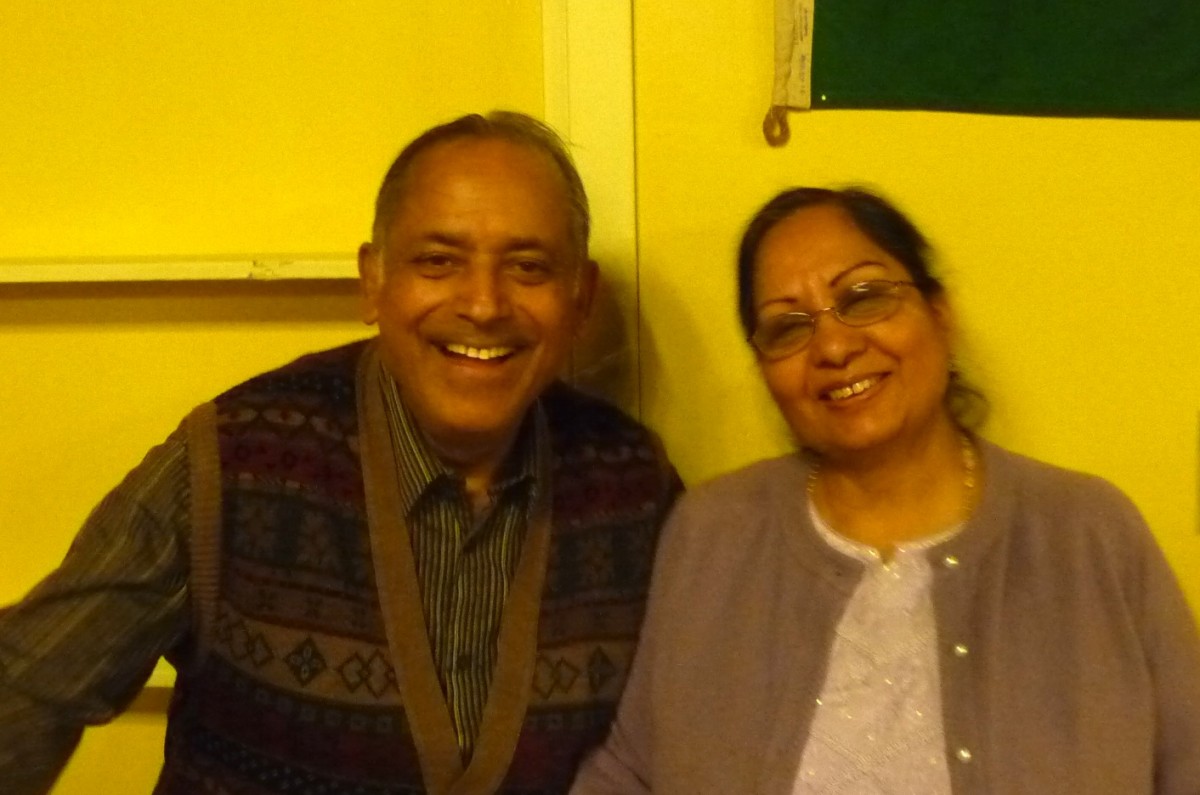 As BK and Ameeta explained it, it was time for a change. Running a strictly vegetarian restaurant was a tough sell, because when one person in a party wants meat, the whole party goes elsewhere. And when another Indian restaurant opened up a block away two years ago, with a full bar and meat dishes on its menu, business got even harder.

They wanted their daughter to take over the restaurant, but she insisted that the only way they could compete is if they started serving meat and seafood. BK and Ameeta reluctantly agreed. To signal the change in menu, they renamed the restaurant Tadka Indian Bistro. (Tadka is the technique of quickly frying spices in very hot oil to release their flavors.) 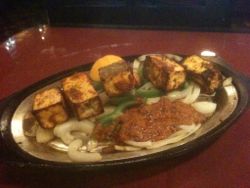 They’ve added several shrimp and fish entrees, as well as chicken, lamb and goat, (prepared by another cook) but beef and pork are still off limits. The list of naan breads has been expanded, and now includes such intriguing offerings as Peshawari naan, stuffed with coconut, raisins and nuts ($5), and machi naan, stuffed with salmon, onions and spices ($7). There are a few new vegetarian entrees, and prices on the vegetarian dishes have actually been lowered by a dollar or two. The decor has been spiffed up a bit, but it still looks like a mom and pop Indian cafe, which is what it is. 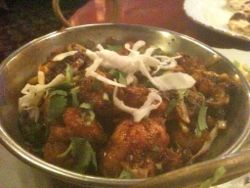 I stopped in for dinner the other day, and tried some of the new dishes, including the very tasty salmon naan and  aloo naan (stuffed with potato and spices, $3), as well as the paneer pakora, homemade fresh cheese deep-fried in a chickpea batter ($5), and the gobi Manchurian, deep-fried chunks of cauliflower in a lively, moderately spicy sauce of tomatoes, garlic and chili.

Many of the dishes on Tadka’s menu are pretty standard Indian restaurant fare – chicken tikka masala ($12) and lamb vindaloo ($17), but there are some less familiar dishes as well, such as the murgh bartha bahar (chicken with freshly roasted eggplant and tadka spices, $15) and Bombay aloo — potatoes cooked with green peppers, garlic, tomatoes, spices and curry leaves ($10).

Open for lunch and dinner Monday to Saturday. Beer and wine are available, and a $9.95 lunch buffet is served from 11 a.m. to 2 p.m.