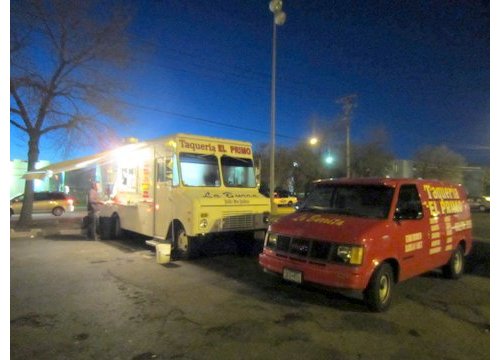 When I did my first articles about the top tacos in the Twin Cities, the words, “Lake Street” almost invariably tumbled out of the interviewees’ mouths. We began our Lake Street taco tasting at the taco trucks parked at the Lake Street K-Mart. Even though it’s now winter, the taco trucks say they are open on all but the coldest days.

On a cool evening, the atmosphere left us feeling conflicted, or as one participant put it, “My mouth is on fire but I’m freezing!” That aside, the carnivores in the group enjoyed the trucks’ offerings. El Primo Taco offered an array of meat choices including beef tongue, head and cheeks. The friendly counterperson told us these tacos were the specialty of the Guanajuato region, home to the truck’s owner. The tacos were decidedly unadorned, leaving room on the palate for the simple flavor of the cilantro garnish. 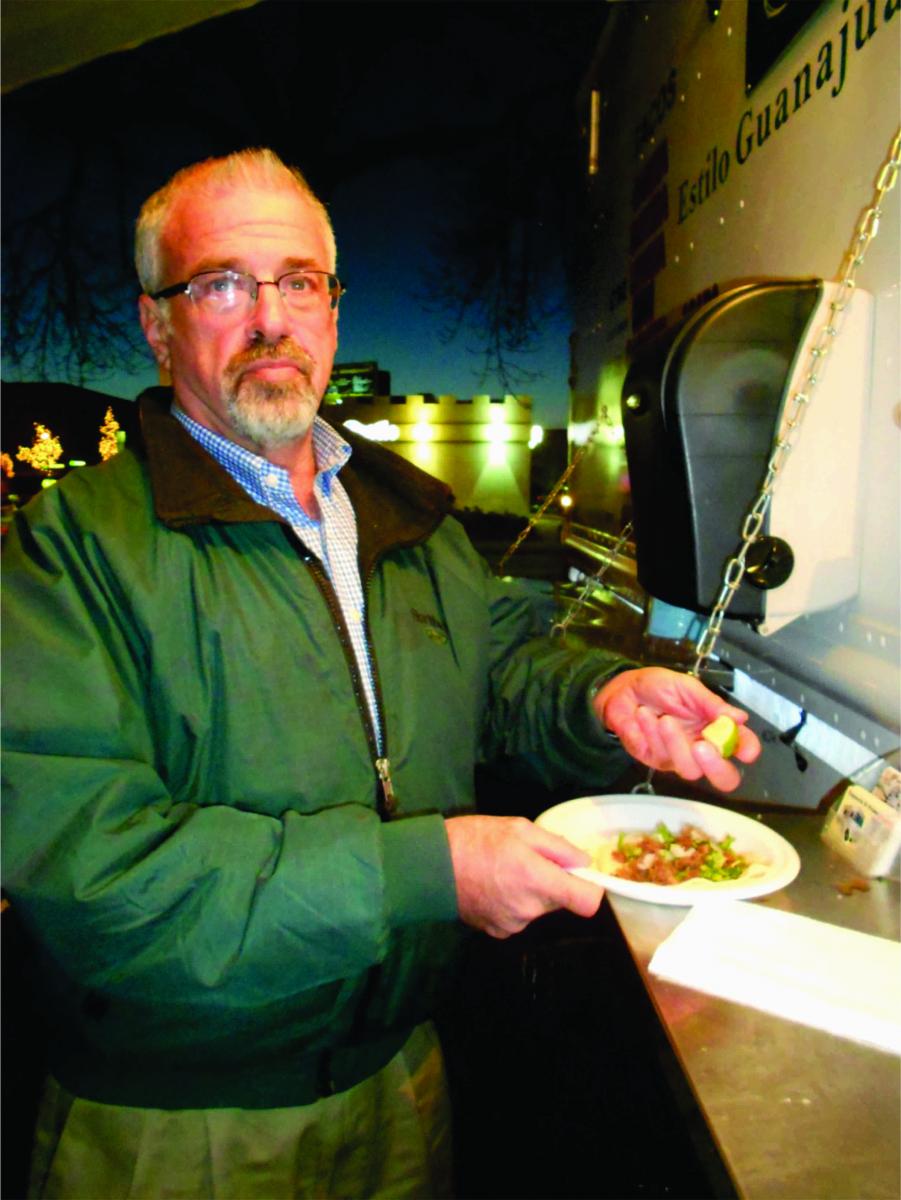 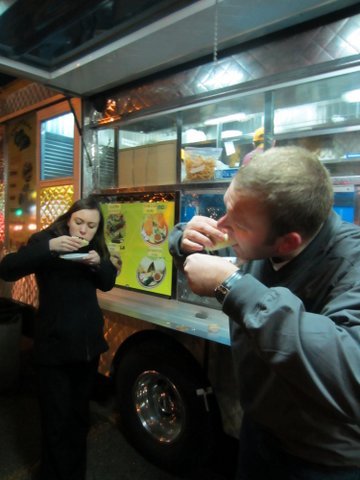 This truck was more veggie-friendly and improvised some meatless tacos for us. Though they were a bit bland, we appreciated the effort as El Primo Taco Truck had left us vegetarians as mere spectators. Taco Taxi also had beef tacos, but the carnivores decided they were not as good as El Primo’s beef tacos. They did, however, excel at having fresh and tender tortillas and at being very affordable. 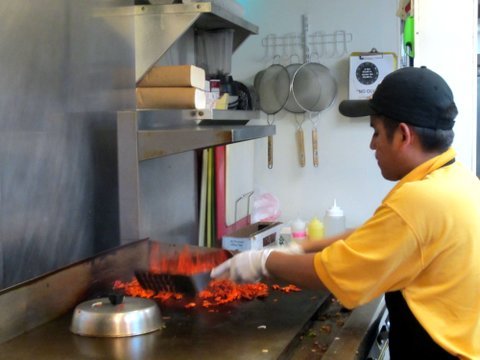 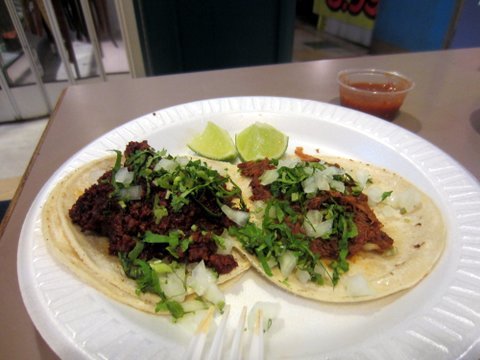 La Hacienda is tucked away in the Mercado Central shopping center. We had to wait a bit at this taqueria as they prepared our food. But one carnivorous taco taster declared, “This place is the best because it’s the only one I’ve seen that grills the meat to order.” The vegetarians weren’t as enthused. The only option for us was a plain quesadilla, which we found to be, “a lot of cheese,” to the point that it became tedious to eat. 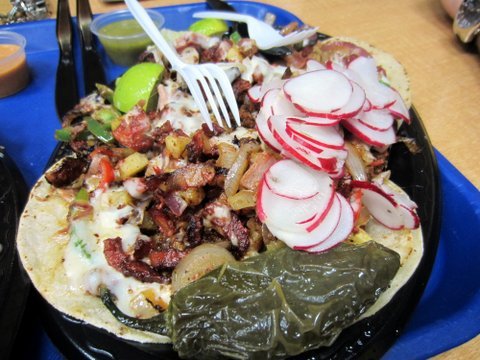 Vegetarians and meat eaters alike seemed equally pleased with their food here. We shared vegetarian and Hawaiian alambres. These were essentially tacos, but served open-face style after they grill to order your selection of meat or veggies with cheese and a hint of oregano spice. Aside from being different than the typical taco fare, they were quite tasty all-around. 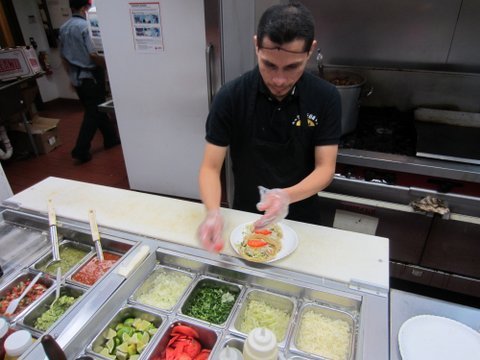 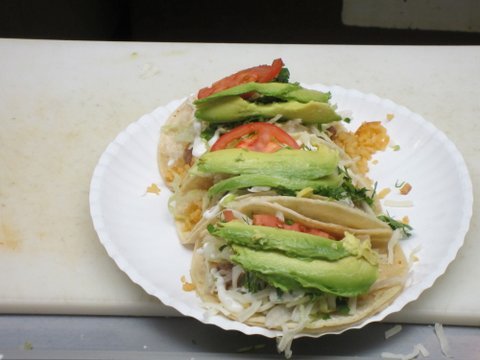 According to their employees, Pineda Tacos seemed to be selling more burritos than tacos. However, the tacos were satisfying. We noted that there was a variety of spiciness and a wide selection of fillings. One taster said these tacos were, “compared favorably to El Burrito Mercado as far as the variety of fillings and their quality but their price is a lot less than that of El Burrito Mercado.”