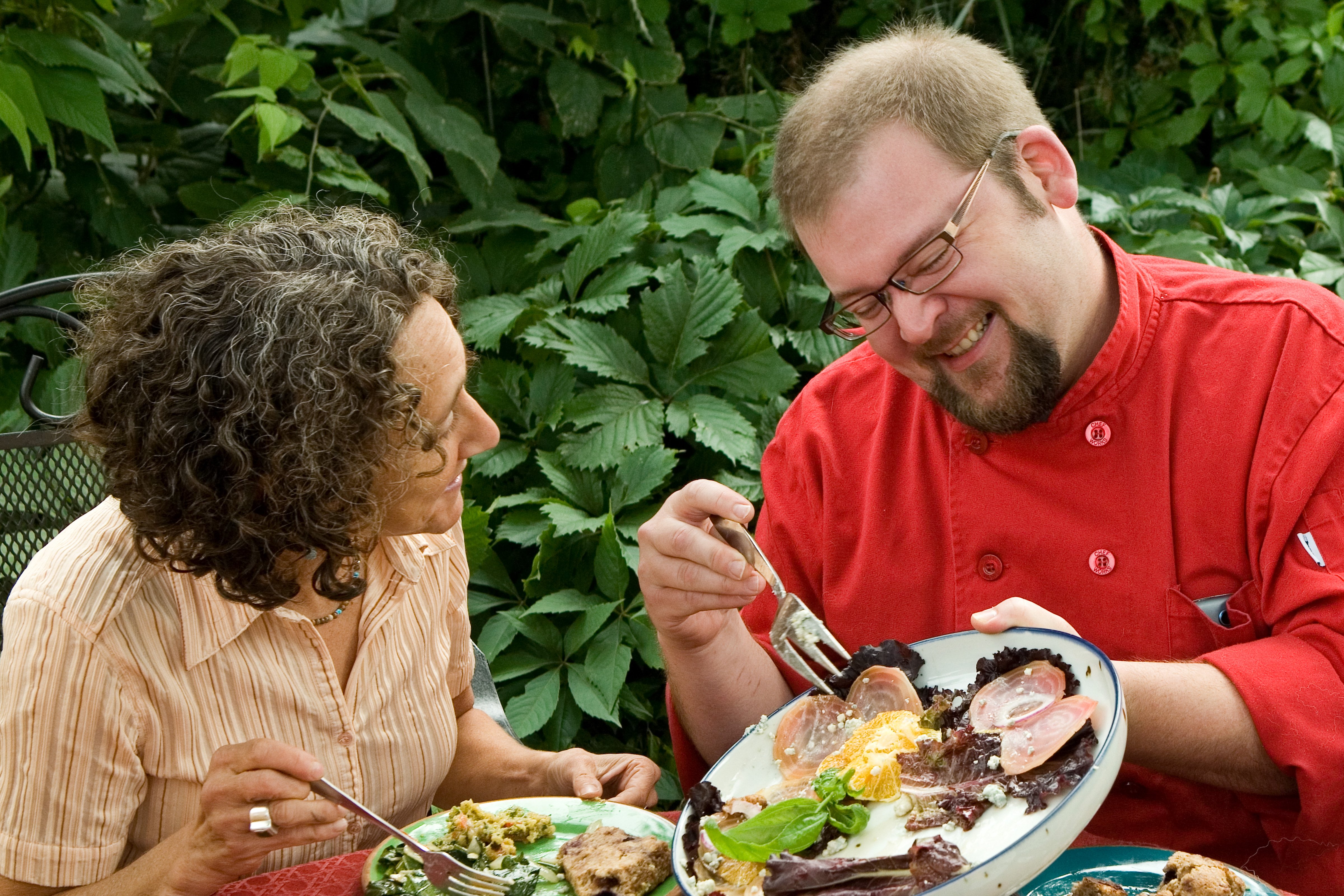 Is Dayton’s Bluff about to become the capital of Minnesota’s sustainable- food movement?

Since then, Sides and her team have worked to bring the idea to life: projects are underway to develop new markets and classes around sustainably-produced produce, simultaneously helping local farmers earn a better living while improving local citizens’ access to healthy food. The group’s first big public program will be a free community food festival, celebrating the various foods grown, prepared, and served on St. Paul’s East Side.

The Urban Oasis Food Fest, from 12:00 noon to 4:00 pm on Sunday, August 17, is expected to attract as many as 2,000 people to the former Hospital Linen site, a vacant property at 740 7th Street East that is expected to become Mississippi Market Natural Foods Cooperative’s newest retail location.

“This is a party to mark the official launch of the Urban Oasis program, and our way of saying thank you to the people who voted for our idea last summer, during the Forever St. Paul Challenge,” Sides said. “Giving people more opportunities to access and enjoy locally grown food not only results in better health, but also creates a more resilient, prosperous community. And at the same time, we’ll have a lot of fun.”

Activities will include a tomato-canning demonstration with chef and cooking instructor Jenny Breen, and taste-testing of what will become Urban Oasis-branded condiments, developed by chef and East Side resident Bridger Merkt. There will also be food samples from several East Side vendors, including Flat Earth Brewery’s root beer and African Delights Foods & Catering.

The food fest is just the beginning of what Sides and her team are planning for the coming year; Urban Oasis leaders are talking about numerous programs that would bring economic activity to Dayton’s Bluff, including a catering operation and cooking classes.

“The East Side is widely recognized for its great foodscape,” Sides said, “Urban Oasis programs will only enhance this neighborhood’s burgeoning reputation as an example of how better food systems can create communities that are healthier, more prosperous, and more equitable.”

Co-sponsors of the coming event include Mississippi Market, Eureka Recycling, the City of St. Paul, and the St. Paul Saints. Numerous local organizations involved in the production and distribution of sustainably produced food will have tables at the event.

In addition, local gardeners who grow their own tomatoes are encouraged to bring up to two pounds each for use in the event’s canning demonstration. Participants will also be entered in a drawing for St. Paul Saints baseball tickets and other prizes.