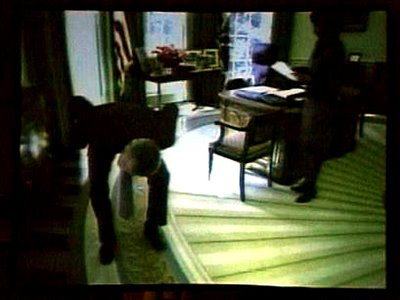 Perhaps the effort on the right to make the second war with Iraq appear to be some sort of success is just a visceral refusal to acknowledge having brought about the deaths of hundreds of thousands of people while being very wrong about 911, WMDs, the reception we’d receive, pretty much everything. Certainly having neocons mark the anniversary with a panel of the guilty talking about how great they were lends a sense of deliberateness to the efforts to spin the war as a success, or at least claim it ended well as a result of “the surge.” Whether it’s deliberate or just a reaction isn’t really the thing to be concerned about however. They’re trying to spin history. The story they hope is remembered is the war went poorly at first, but then the neocons came up with their brilliant “surge” and all came out OK. Can they really cover up one of the biggest blunders in US history? Yes. It’s been done before, after another contender for biggest blunder.

Think back. Way back. Like all the way to 1812. The war that took its name from its first year started with the government grossly overestimating the odds and underestimating the risks (sound familiar?). The first year was one battle after another where our army and militia were stomped. The actual survival of the country was placed in doubt. That’s not how it’s remembered though, right?

This wasn’t a replay of the Revolution. We didn’t fight to just hold together an army and a semblance of a government while waiting for Britain to get sick of the war. We thought we were just going to march up into the Great Lakes and Canada with an army lacking a supply system and militias lacking training and North America would be all ours. Easy. A short war, at least until defeat after defeat was inflicted by a numerically inferior British army and Canadian militia. We were saved from defeat only because Britain’s inability to spare more resources from the war with France gave us time to fix many problems. So the immediate post-war period must have been a time of war supporters having to answer for their stupidity, right? Wrong.

Two things saved the government from having to answer for a massive screw-up: 1. the treaty turned the war into a draw; the Battle of New Orleans. From the public’s perspective, one day the newspapers had news of a smashing victory that stopped the British army from taking New Orleans*, and maybe only week or month later (the timing would have varied given the vagaries of geography and publishing schedules at a time when news traveled by non-mechanized means over questionable roads and newspapers weren’t daily) came the news of a treaty. War supporters happily spun it as a victory, and the blunder was mostly forgotten. I say “mostly” because the army made significant changes from their hard experience, but politically, the blunderers got away with it aside from historians digging around in later times — and that’s what John McCain, John Bolton, Donald Rumsfeld and the whole company of neocons are hoping to do.

If you believe the maxim that those who forget history are condemned to repeat it, then you have an obligation to push back on these claims “the surge” is the story of the second war with Iraq. It’s not only that the surge claim covers up maybe the dumbest decision and president ever made, it claims a level of success that is highly questionable. The Sunni Awakening was before the surge. It was also screamingly obvious that treating all Sunnis like they were Al Qaida was a piece of bloody stupidity, and working with the non-Al Qaida Sunnis should have been done years earlier. It has likewise been conveniently overlooked that the drop in attacks on US forces came when we started leaving. Maybe I’m just fond of that theory because I predicted that once the Iraqis were convinced we were leaving, the fighting would drop, and so it did. Not proven maybe, but a more likely explanation than “the surge”.

At least, 200 years later, we have this much going for us: the “surge” is going to be a lot harder to spin than the Battle of New Orleans, though clearly the people who lied us into a war intend to lie their way back into control of US foreign policy.

Finally, though Iraq wasn’t the first war we were lied into, those instances don’t make the point about spinning a blunder into a success, which is what the neocons and bushies are doing now. We were lied into the war with Mexico, but militarily, the government turned out to know what it was doing. No spin required to make it appear a success. Same with the war with Spain. Vietnam was a blunder followed by spin, but nobody has claimed it was really a success. The spin has been about who to blame for failure. What’s going on with Iraq is like what happened after the War of 1812, where a better end was used to cover up a disastrous decision.

Sorry, one more”finally”: MSNBC will be re-showing Hubris on Friday in place of the Rachel Maddow Show. Great for anyone who has forgotten how systematically we were deceived by the Bush administration and a credulous mainstream media.

*It’s true the battle was fought after the treaty was signed, and probably wouldn’t have happened had word reached the combatants in time, but the treaty wasn’t ratified yet, so it’s not true the battle was fought after the war. Given the importance of New Orleans at the time, I have great doubts Britain would have returned it had they taken it, and the goal of restricting the US to the East side of the Mississippi would have been achievable — so the importance wasn’t overplayed at the time. It just turned out to be handy for making the public forget the war’s disastrous first year. Just disposing of the “the battle was after the war and didn’t even matter” myth.