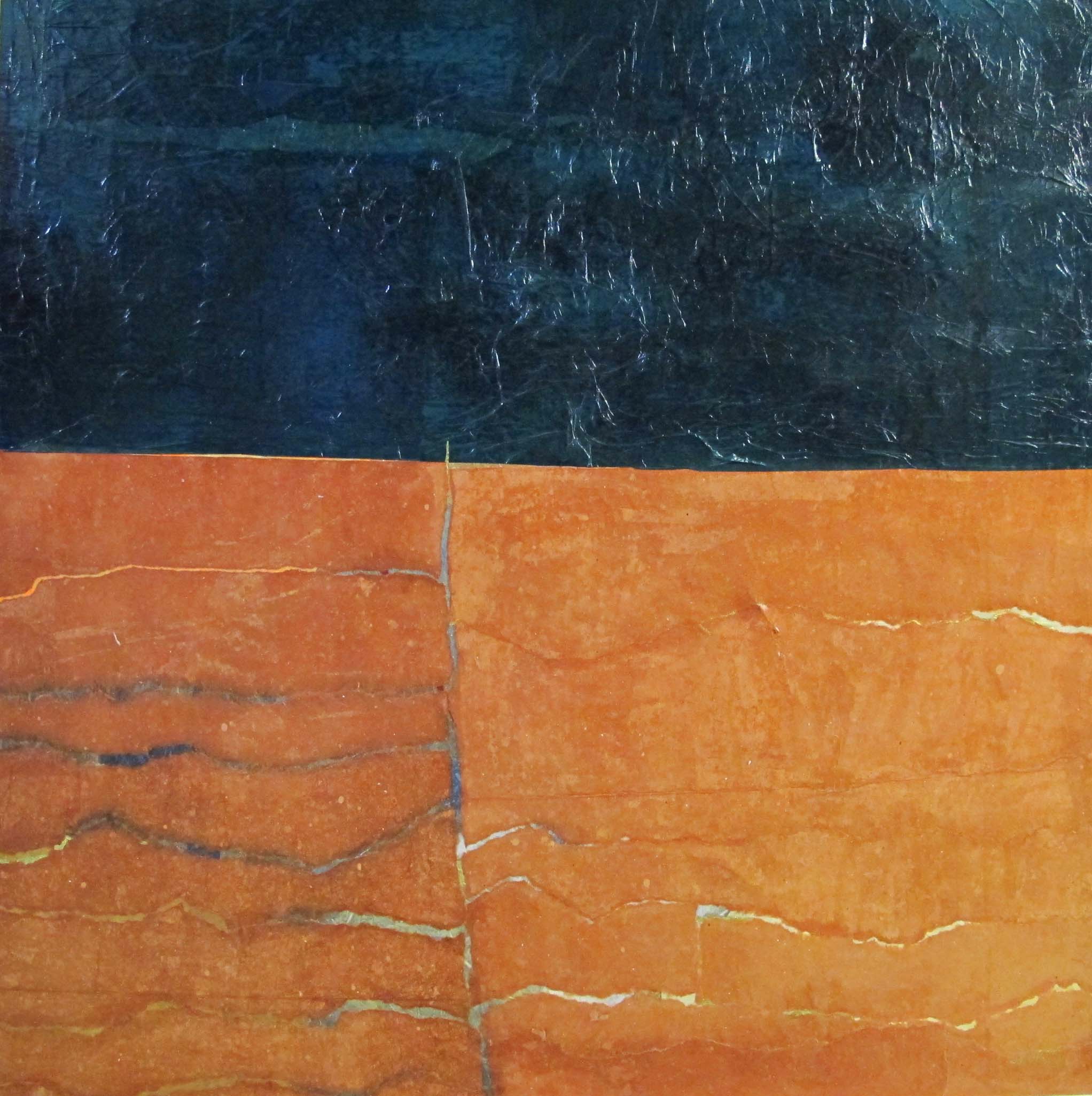 In the summer of 2007, visual artist Sue Kolstad rode the Amtrak from Minneapolis to Washington state, and what she saw along the way changed the focus of her art for the next five years.

Kolstad is a member of the Vine Arts Center, a nonprofit housed in the historic Ivy Arts building in the Seward neighborhood. With a mission to support arts and crafts by connecting artists with patrons and the wider public, the Center provides studio and gallery space, free exhibits, and sale space in its on-site store. The Center will host its 4th Spring Member Show in June, and Kolstad’s work, inspired by her Amtrak journey, will be among the exhibited works.

“The Vine Arts Center was very helpful to me as an artist mainly because of the encouragement I got from the members when I applied to join. For example, they were very definite that I should get my work framed well, and gave me information about a frame shop to go to. Then, I put two framed pieces in the Vine Arts store, and they sold within a week.”

This is “supporting your local artist” at its best.

Kolstad, who received her B.A. in studio arts from the University of Minnesota in 1969, painted figurative oils until 2001, when she began experimenting with collage. Her first collages depicted figures and faces formed from sheets and scraps of newspaper, napkins, colored paper—any type of paper she had available.

She was still working representationally when she made that train journey through the western states, and the coincidence of climate and travel opened up new possibilities for her art.

In late September 2007, about 43 percent of the country suffered from a record-setting drought. As Kolstad rode through North Dakota and Montana, her artist’s eyes saw beauty where others saw desolation. “I was impressed by the miles of vast horizons, and the browns and golds of the drought-ridden plains,” she said. Although she had not tackled this subject before, she was now drawn to the colors and spaces of these strangely beautiful arid landscapes.

Her first attempts at landscape art were pastel sketches, but these soon developed into larger collages depicting the land in a clean, abstract way—wide bands of muted color oriented around an horizon line to evoke a feeling of vastness and emptiness. While we know that these are scenes inspired by drought, the harmonious colors and balanced composition have a calming effect, reassuring us that nature, whatever its present state of disruption, is in it for the long term.

Most often, Kolstad doesn’t begin a painting with a specific image in mind. She starts with a background, places her horizon, and then creates the space around it according to her sense of color and design. But some of her collages clearly reveal Kolstad’s commitment to the environment. In “Fracking,” the unity of the earth mass is fractured by break lines, alluding to the destructive effects of hydrofracking—the process of drilling into rock to extract petroleum and natural gas.

View Kolstad’s work, along with other Vine Arts artists, in the Member Show at the Vine Arts Gallery through June 23. For more information, visit the Vine Arts website at: www.vineartscenter.com