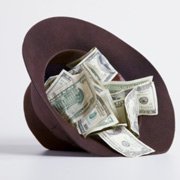 The subprime mortgage crisis was a central cause of the recent recession. In short, lenders were providing expensive mortgages to low-income borrowers at an unprecedented rate. Once the housing bubble popped, subprime borrowers defaulted in droves, which helped push the deeply imbricated global financial system to the brink of collapse.

In the wake of the financial crisis, several regulations have been put in place to reform lending practices, like the rule that “prohibits a creditor from making a higher-priced mortgage loan without regard to the consumer’s ability to repay the loan.” Subprime loans have since faded from prominence.

Recent headlines, though, tell a different story. The alarms have been raised; subprime lending is back. Wells Fargo, the largest originator of loans in Minnesota, has lowered the minimum FICO score for FHA backed loans to 600—subprime loan territory. Federal prosecutors have started to investigate the burgeoning subprime auto loan market, which is particularly suspect since most dealers operate outside the Consumer Finance Protection Bureau’s jurisdiction. Even President Obama has pushed loan originators to expand lending opportunitites. Since big banks have been wary of loosening lending standards, subprime lending firms, some of which are run by the same people who engaged in irresponsible lending practices in the run-up to the financial crisis, are seizing the opportunity to offer products that look eerily similar to the ones that brought the global financial system to its knees.

The question is this: does the creeping availability of subprime loans merely represent an opportunity for creditworthy borrowers who have recently been excluded from the tight credit market, or an insidious return to pre-2008 lending practices?

Fortunately, it appears that lenders are extending subprime loans in a relatively responsible and restrained way, at least for now. If they are again used irresponsibly though, there could be several unpalatable social and economic effects. The global financial system and our economy could falter, again. Subprime loans have a nasty discriminatory streak as well—a study by the Institute of Race and Poverty found that high-income people of color in Minnesota are more likely to be given a subprime loan than low-income whites, which is both astonishing and emblematic of the problems subprime loans can involve.

Policymakers and the public should watch the reemergence of subprime lending closely. Subprime loans are not inherently harmful but they can quickly become ruinous. Regulatory agencies like the Consumer Finance Protection Bureau and the Minnesota Department of Commerce must be empowered to ensure that any surge in subprime loans represents an increase in responsible lending to creditworthy borrowers and not a return to the reckless predatory lending that was a principal cause of the financial crisis.