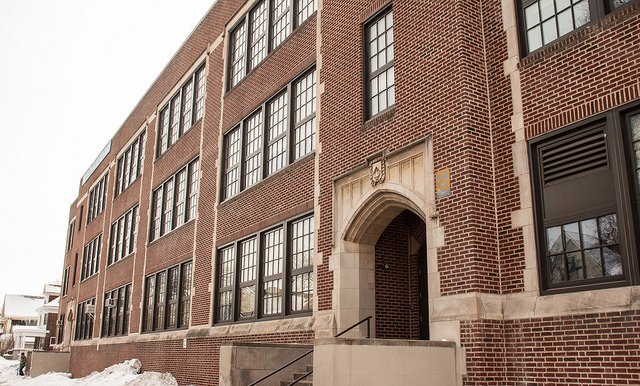 A higher number of public school students in Minneapolis are choosing charter schools than in the past, but research suggests that the alternative schooling might not be the best option.

Charter schools perform worse than traditional public schools by several performance metrics, according to a report released this month by University of Minnesota Law School researchers.

The report, published by the Institute on Metropolitan Opportunity, analyzed data from Chicago schools during the 2012-13 academic year. Its findings were consistent with the institute’s previous evaluations of Twin Cities charter schools, which focused on the percentage of students meeting standards for reading and math scores, as well as graduation rates.

“They’re doing worse in terms of grad rates and test scores,” said Myron Orfield, who is a former member of the Minnesota Legislature and lead author of the study. “They’re not a step in the right direction — they do worse in terms of academic success, and they take money for remedial programs away.”

Charter schools, or semi-public institutions that offer specialized curricula and an alternative to traditional K-12 public school programs, have been a point of political contention since a state law created them in the early 1990s, said Scott Abernathy, an associate professor of political science.

But he said opinions on charter schools aren’t divided by party lines.

While constituents who vote for the Democratic Party often support charter schools, he said, the party’s politicians are largely split, as the issue faces opposition from teachers unions. And Republican leaders often advocate for choice-based programs, like charter schools, even while their constituents are fairly neutral, Abernathy said.

Eugene Piccolo, executive director of the Minnesota Association of Charter Schools, raised concerns about the motivation behind the Institute on Metropolitan Opportunity’s past reports on charter schools.

“We’ve questioned the research that has been done on charter schools by that organization,” he said.

Abernathy, who studies the effects of charter school policy on parental involvement, said the ability to choose the schools is appealing to the people who use them.

“Part of the driving idea [behind charter schools] is choice — that increasing individual choices will produce more effective educational institutions,” he said. “On the other side, people point to the dangers of re-sorting [or] re-segregating students and parental communities, as well as the siphoning off of resources from traditional public schools.”

Earlier reports have explored the “siphoning” issue and have measured the flow of students from Minneapolis Public Schools to charter schools.

For example, MPS lost 20 percent of eligible students to charter schools in the 2011-12 academic year, according to the earlier Institute report on the Twin Cities.

The loss of students to these schools financially strains local school districts, Orfield said, especially in a system in which government aid is measured on a per-pupil basis and teachers are hired on a contract basis.

“Education is always the most important thing, until something else more important comes along,” he said.