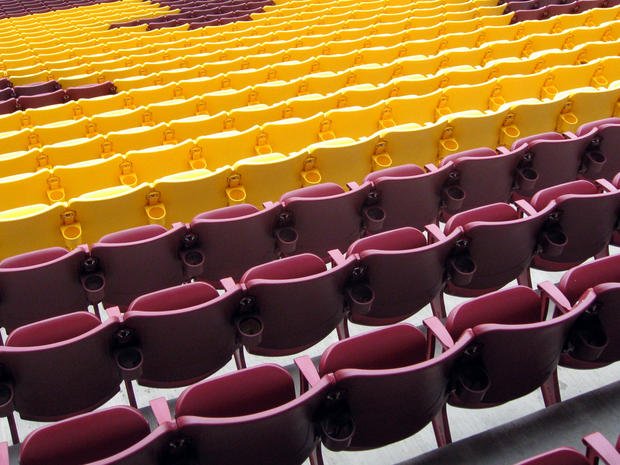 While University of Minnesota administrators continue negotiating the use of the Washington Redskins nickname at TCF Bank Stadium, student groups at the school are joining forces to protest the NFL team’s name.

University leaders have been assessing how to approach the controversy surrounding the name while preparing for the early November on-campus game against the Vikings. Though President Eric Kaler said he doesn’t want the Redskins name on any materials at the game, several student groups are still developing their plan of action for the team’s arrival on campus. Other groups will use the controversy to educate students.

For the past month, the Council of Graduate Students and the Native American Law Student Association have been working together to draft a letter challenging the use of the team’s name on campus, which they hope to send to University administrators soon.

Though members of the groups still have to approve the letter before it’s sent, the working draft urges the University to “formally support a strong condemnation of the Washington franchise’s name.” The letter also suggests that the University and the Vikings create a scholarship endowment from game-day profits that would go toward hiring and enrolling more Native American professors and students across all departments.

COGS President Andrew McNally said it’s important that the University is a welcoming environment for all cultures and having the Redskins name on campus doesn’t support that.

“This is really racist, and it’s unacceptable that the University would allow this kind of behavior to happen,” he said.

This summer, Kaler publicly spoke out against the team’s name and deemed it offensive after Minnesota Rep. Betty McCollum sent a letter to Vikings owner Zygi Wilf in June. McCollum said the use of the name would violate the University’s policies regarding diversity on campus.

School officials are still working with the Vikings to address the issue, Kaler said earlier this month.

While some groups are seeking administrative action against the name, others will take their frustrations to the streets and protest the team when it plays at TCF Bank Stadium.

American Indian Student Cultural Center President Chelsea Holmes said the group will dispute the upcoming game, adding that the group also joined a protest with a Minneapolis-based organization, the American Indian Movement, last year when the team played at the Metrodome.

She said it’s important that AISCC’s protests are peaceful, and she said members have been trying to rally support from other student groups at the University.

Holmes said because the game will be played on campus, it’s key that students address the issue, adding that the AISCC has been working with the University’s Office for Equity and Diversity to create programs to discuss the controversy.

Holmes said more people need to understand the history behind the name and why it’s considered offensive.

Arielle Dagen-Sunsdahl, president of NALSA, said the mascot inaccurately portrays Native American culture and many people may not understand why it’s insulting.

“I think it doesn’t give a fair representation of Native people,” she said. “So if you don’t have a background in that, all you’re [being exposed to] is this crazy caricature.”

“We are glad that they are willing to address the issue, and it sounds like they’re willing to work with us,” Dagen-Sunsdahl said.