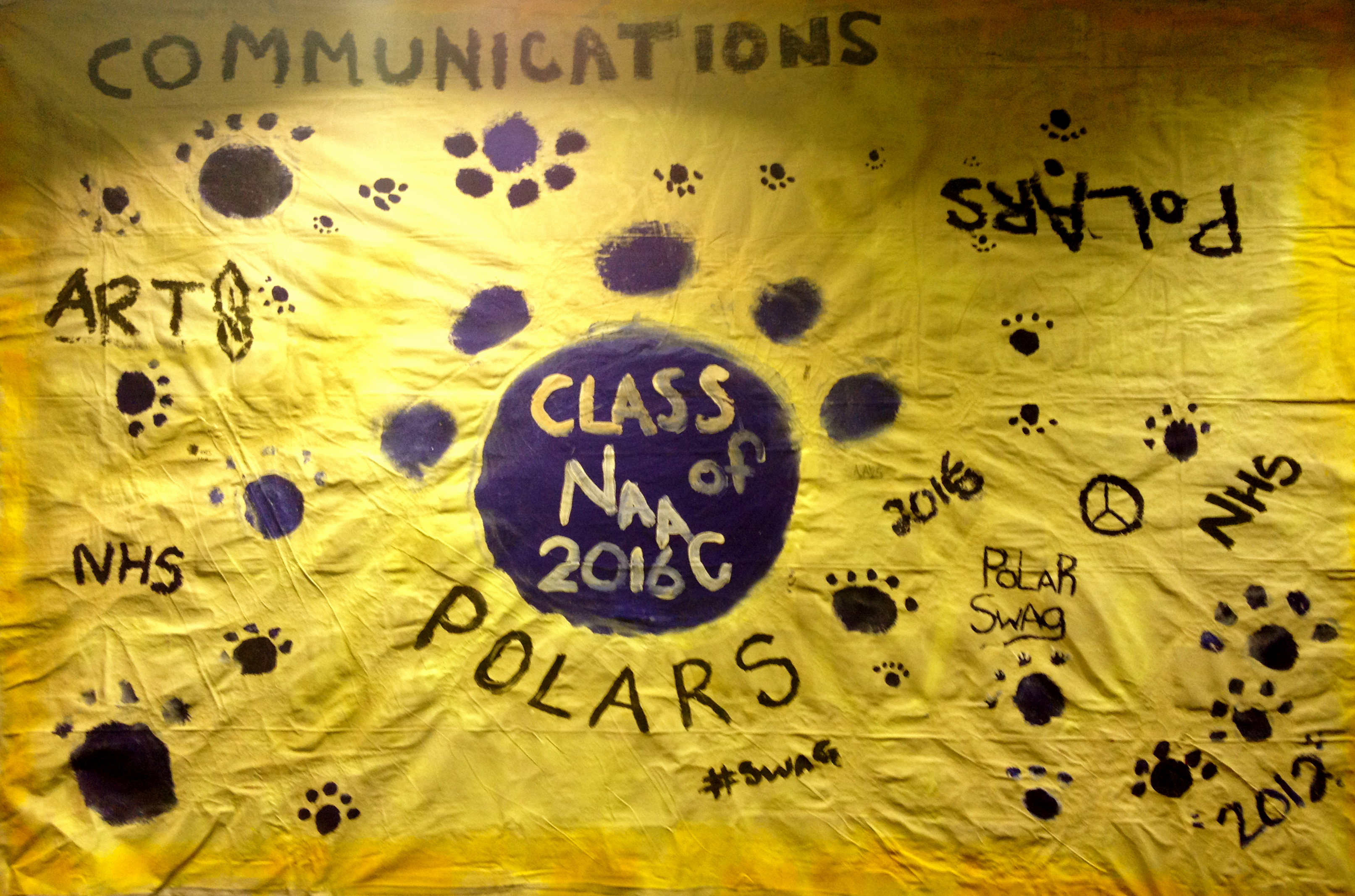 In fall 2012, North High School in Minneapolis kicked off a revitalization effort that effectively separated “old North” from the incoming class of 2016. The freshmen enrolled in the new North Academy of Arts and Communications, which is structured as a small learning community. Having just completed the first semester of NAAC, Principal Shawn Harris-Berry says things are looking up.

Dr. Harris-Berry’s new office is located on the second floor of Minneapolis North High, right in between the freshman classrooms. Normally, she’d be in the corner of the administration office.  However, now that North Community High School operates as one school with two separate academies (Senior Academy and the Academy of Arts & Communications), that office space belongs to Senior Academy principal David Branch. Harris-Berry prefers it this way. She says her presence is felt and she can better stay on top of what’s going on

The NAAC launched with the support of the academically promising Institute for Student Achievement (ISA). Headquartered in New York City, ISA is anchored by a developmental principal’s network and a transformative model for underserved and underperforming schools across the nation. The ISA research-based model includes a focus on learning within a smaller community, heightening the difficulty level of curriculum as well as increasing parent involvement and adequate resources.

At the end of the first quarter, only three percent of NAAC students had failing grades.  Most of the classes, freshman A.C. Wilson said, somehow integrate art. For example, in science, students incorporated acting in DNA testing. This, he said, is a privilege the 200 students in North’s Senior Academy don’t get.

In eighth grade peers warned Wilson to attend any school but North. Two years prior to ISA’s implementation, dwindling enrollment and rumors of closing down began to deter students and parents from the school. Clouded perceptions didn’t stop Wilson from enrolling — the main reason being that North is within walking distance of his house.

“Everyone gave me the impression that North was not that place,” Wilson said, “I came here and in the first two weeks I found out that it was a lie. It’s so much better than what people make it seem.”

“I love this school. I love the class sizes and that I get the time to know our students. Our advisory program enables me to support students in ways that a traditional high school teacher would not be able to,” Schaefer said.

At NAAC, her class sizes are about 17, half the number of students in past English classes. While students in North’s Senior Academy attend advisory once a week, NAAC starts off every day in the advisory class period. There students catch up on homework and participate in an academic tutoring lab if needed.

All of the freshmen take visual arts and math. Freshman English and science classes are two-hour block periods. The concept is new to North, but it’s what Schaefer believes has contributed to improved academics.

“This year we’re so in touch with the kids and parents. Our students show up every day, it’s a different feel,” she said.

“It’s not what other people tell me high school is like,” said Maryan Ismael, another freshman at NAAC, “It’s much smaller and there’s more help.”

A revamped radio program is a major part of NAAC. New initiatives, such as cooking class, occupy the attention of many students, including Wilson and Ismael, who initially thought they’d be spending time with the students on the other side of the building. After school is pretty much the only time both academies merge and participate in programs together.

Future Plans for the New North

Currently, NAAC is the academic home to 71 freshmen. Since September, eight students have left and gone on to other schools. Harris-Berry said the small loss was due to housing situations.

Administration is now re-evaluating a four-year plan for NAAC. Next year sophomores and freshmen will make up the school’s arts and communications community — which by then may also host a music program. North High Senior Academy will then have only juniors and seniors. In 2015, the Senior Academy will phase out and the ISA program will take over North High.

“It’s focused on preparing kids for college and [being able to deal with] the rigor of college,” said Harris-Berry speaking of ISA and NAAC’s continual plan, “We’re doing backwards planning to decide how we’re going to get students to that piece. By eleventh grade, our goal is to have all students take AP or college level classes.”

Next year and in the coming months Harris-Berry will be calling on local artists, including Charles Caldwell, to speak to the ninth graders and engage in one-on-ones that help interested students hone their artistic skills.

In order to ensure that the neighborhood artist program continues, she and administration have to work hard and once again enroll a solid number of students for next year’s ninth grade class. Staff members have already attended middle school open houses and invited eighth graders into the colorful and artwork-covered halls of NAAC.

It’ll take a bit more time, Harris-Berry says, before North High and ISA decide to move forward with adding another small learning community — for example a STEM program — to the school.

“There are talks of adding another ISA program, but there’s still discussion about what direction we’re going to go in,” Harris-Berry said. “You have a building that’s so rich with resources here, there are different avenues that can be explored.”

One thing Harris-Berry is sure of — and very excited about — is the spring play, a project NAAC is putting on with help from the theater education program Project Success.

Both Ismael and Wilson look forward to auditioning. Even though NAAC differs from most Minneapolis high school experiences — and despite leaving most of their middle school friends behind — they plan on staying at North.

“You have to meet new people [all the time],”  said Ismael, “Might as well meet them now.”