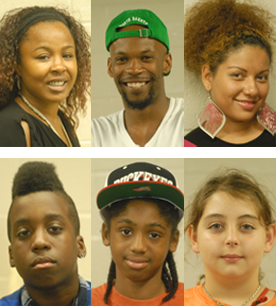 With a seeming uptick in youth violence one organization has teamed up with a community park to help youth create solutions.

Protect Minnesota, arranged by the Conflict Resolution Center, is a program providing instruction and classes to develop the Youth Leadership Peace Program at North Commons Park, 1710 Irving Av. N. The program was launched July 19, and is a six-week summer program that goes until Aug. 26.

“It’s about developing listening skills and communication; being able to recognize other perspectives and come to an agreement,” said Mary Christianson, a volunteer with the Conflict Resolution Center. Christianson trains the students in mediation and communication skills. “Conflict is a part of our lives, but we focus on positive ways to work with conflict.”

Jamaree Eddington, a 14-year-old participant in the program who enjoys skateboarding, BMX biking and video games, said he learned how to get along with his peers and not become involved in violence.

“I didn’t really have anything to do, so instead of roaming the streets I got involved with this program,” said Eddington. “We play games, sit down and talk and just have a good time.”

“Growing up in certain situations, it (violence) is almost inevitable,” said Arrington. “We do not want to see these kids go through the pain we went through, as far as jail or death is concerned, or as we call it ‘the trap’, which is what it really is.”

Jasper Kist, 11, said he joined the program to help stop violence in Minneapolis. He explained how an exercise in communication illustrated how a simple statement can lead to conflict.

“Somebody told the class a story. One group of people told it to another group of people and so on, until the last person reported back what they heard to see if the story was similar,” said Kist.

“By the time the story was finished, it had completely changed,” said Arrington

Qadiym Washington, 11, became involved with the program because he believes guns should not be on the streets.

“My uncle and close friend died from violence when I was nine,” said Washington. “Violence is not the key to solve your problems. Solve it violence free.”

Stephanie Gasca, a Youth Leadership Program volunteer, became involved through an event were victims of gun violence held a protest. Gasca, who also coached a baseball team, jumped at the chance to volunteer at North Commons for the program.

“I met Heather (Martens, Executive Director of Protect Minnesota, at the protest), who informed me of upcoming Protect Minnesota meetings. She mentioned the program was at North Commons Park, where my son played football and baseball,” she said.

Princess Titus, whose son, Anthony Titus, was shot and killed July 4, 2010, is a part of a healing group called From Death to Life; a group for parents who either have children in prison for murder, or who have lost their children to gun violence. It was through that group in which she was introduced to Protect Minnesota. Titus is optimistic, yet realistic in the task of getting youth to solve their problems non-confrontationally.

“So far the response is positive and we have a good turnout,” Titus said. “I thought it was really cool to see (a) student helping another next to him, who is not like him, demonstrate diversity and teamwork.

For more information on the program, contact Protect Minnesota at (651) 645-3271 or visit www.protectmn.org.