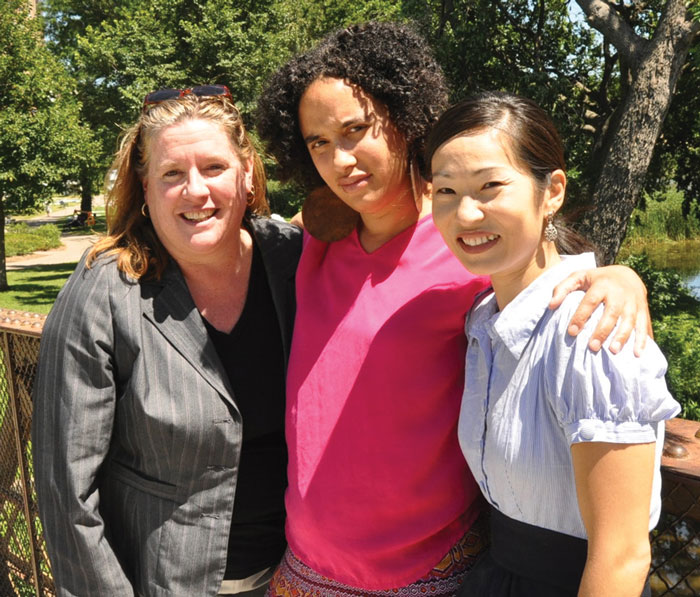 Minneapolis Community and Technical College (MCTC) has one of the most racially diverse college campuses in the state of Minnesota. Unlike students at many other colleges and universities across the state that tend to attract a more elite student body, faculty members describe their students as “eager to learn.”

First in a series. Next week: MCTC’s efforts to increase its faculty of color.

But does this unique student make-up — unlike that of any other demographic area in the state — pose an equally unique educational challenge? And is it a challenge that the MCTC staff, faculty and administration are prepared to meet?

Until May 29 this year, Dr. SooJin Pate was a member of the faculty on the MCTC campus. She began her employment with MCTC just a year ago in January, but by the end of the semester she felt that there were racial issues that needed to be addressed.

Pate joined a coalition of teachers who, describing themselves as “concerned faculty,” wrote an August 2011 letter to the president of the college detailing their concerns. While praising the school’s diverse student population, more than half of which is students of color, these faculty were critical of the college’s “atmosphere of intercultural incompetence, and general ignorance regarding GLBTQ issues and issues of racial equity, the history of race relations, and processes of racialization,” according to their letter.

Signed by 20 faculty members, the letter was sent at the start of Pate’s second school year at MCTC. Their main concerns, paraphrased here from the letter, were:

The issues detailed in the letter were not new. A couple of years before Pate became a faculty member, Dr. Kathleen DeVore had founded the Racial Equity Committee, which began meeting in 2011.

DeVore explains that prior to Pate and a couple of other faculty of color becoming faculty in the English department, racial equity efforts had focused mainly on making sure curriculum reflected the student population and that they were paying attention to the achievement gap.

“I’m guilty of [too much focus on curriculum] as well,” DeVore admitted. “My early teaching was in South Africa — all of my text was multiethnic. I paid a lot of attention to my students of color who definitely had [fewer] resources, less support [rather than looking at equity in faculty].”

In 2008, DeVore and two other staff members in the English Department who were popular among students of color were asked in 2008 by MCTC Affirmative Action Officer Diana Cusick to attend a meeting on whether MCTC was meeting MnSCU’s 11 percent workforce requirement of people of color.

DeVore said she and her two colleagues had expected to talk with Cusick about how the language used in describing available positions was affecting recruitment, and how the experiences of faculty of color once they were hired and on campus was affecting their retention. That didn’t happen.

“[Cusick] basically just asked us where she should advertise to find these people of color with degrees, because she couldn’t find them. Did we know anybody?”

After the meeting, DeVore says they heard nothing more for a year. Finally DeVore contacted Cusick to find out if there had been any action or follow-up to the meeting. “It was at that point that the officer [Cusick] said the college had been meeting its 11-percent minority workforce requirement. She wasn’t concerned anymore, basically. She didn’t call a meeting because [she said], ‘We’re good on Affirmative Action.’

“And we said, ‘We go to faculty meetings of 400 people and there is, like, three people of color. We’re not good.’” According to DeVore, much of the documentation of people of color in the workforce came from counting maintenance and kitchen workers.

“We are educating students every day to meet their goals, to have their dreams, and we can’t hire anybody [of color] except for the kitchen and the cleaning?” DeVore asks. She and her colleagues then decided to address the issues themselves under the auspices of the Racial Equity Committee. 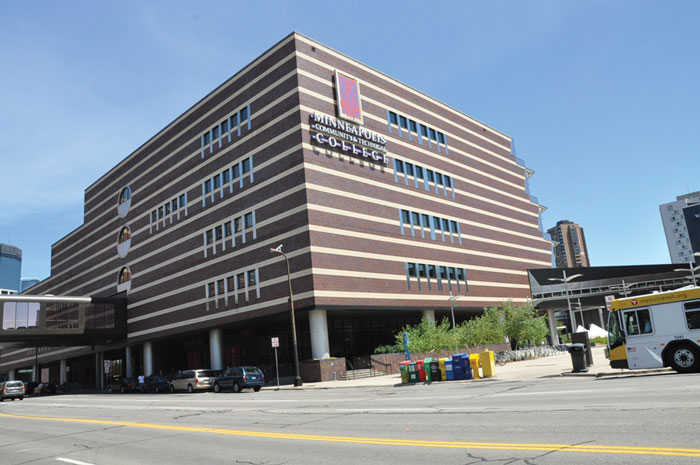 Shannon Gibney came to MCTC in fall of 2007 as an adjunct professor; after a couple of years, she applied for and received a full-time position. She is now close to obtaining tenure status.

“I love MCTC,” says Gibney. “Like many folks who teach there, we feel really lucky to be able to teach with the student demographics that we work with. Our students just bring a wealth of life experience to the table, to the classroom.”

This year, MCTC reached 53 percent students of color. “I think that what has consistently surprised me as one of the few faculty of color at MCTC,” says Gibney, “has been…where I am constantly trying to figure out how to negotiate this huge disjunction between my life in the classroom… then go to faculty meetings with my colleagues…and there is really a lot of White privilege, a lot of upper-middle-class privilege.”

Gibney teaches a class that prepares students for college-level English, as well as teaching English 1 and 2, Literature of the African Diaspora, and African American Literature. She says the English Department with 40 faculty members has the highest number of faculty of color. Of 23 tenured professors in the department, five are people of color. Of the total 40 — made up of adjunct, part-time and full-time professors, seven are people of color — 17.5 percent.

Though DeVore founded the Racial Equity Committee, she asked Gibney, a person of color, to act as chair. Gibney agreed. The committee eventually became a part of the teachers’ union, but committee members felt the union was not pushing as hard as it should for more faculty of color.

That’s when SooJin Pate “at one point got so fed up with the union’s lack of teeth,” in Gibney’s words, that she drafted and sent the letter signed by 20 of her colleagues, who were subsequently invited to speak with President Phil Davis about their concerns.

The letter resulted in a series of meetings between the president and those who signed the letter, calling themselves Concerned Faculty for Campus Equity. “We talked about how having faculty of color is really important to success, and also retention and graduation rates of student of color,” Pate recalls of those meetings. “There is lots of research and work that has already been written on that, so we cited some different articles showing the strong relationship between faculty of color and retention and graduation of students of color.”

Monthly meetings come to nothing

From August through November 2011, additional monthly meetings, called “listening sessions,” were held that included the college’s president, Phil Davis, which Pate felt were “extremely productive. We felt like we were being heard. We felt like he was really sincere and genuine about making the changes that we had listed.”

While Pate was encouraged by these meetings with the president, Gibney and other staff members were less so. “We had less faith,” Gibney says, “but we were like, this is such an important issue that we are willing to go out on a limb and really do some things we wouldn’t do otherwise.”

By November, however, things changed. Out of the listening-session meetings grew specific action items on the agenda — but nothing actually seemed to change. Pate says at that point the productive process came to a halt. That and other developments caused her to lose hope, and she finally decided to resign in frustration.

Now Pate says, “I listen to KMOJ, and on KMOJ they are constantly advertising for MCTC, about how it’s a really great school for the Black community. And MCTC does promote itself as a haven for first-generation students or students who have been historically marginalized in the education system.

In her resignation letter, she wrote, “Coming in I perceived this place as a haven of racial and educational equity because of the student body. In addition, the institution seemed to be committed to increasing the number of faculty of color, using hiring language that intentionally attracted teachers of color.

“It didn’t take long for the façade to shatter.”