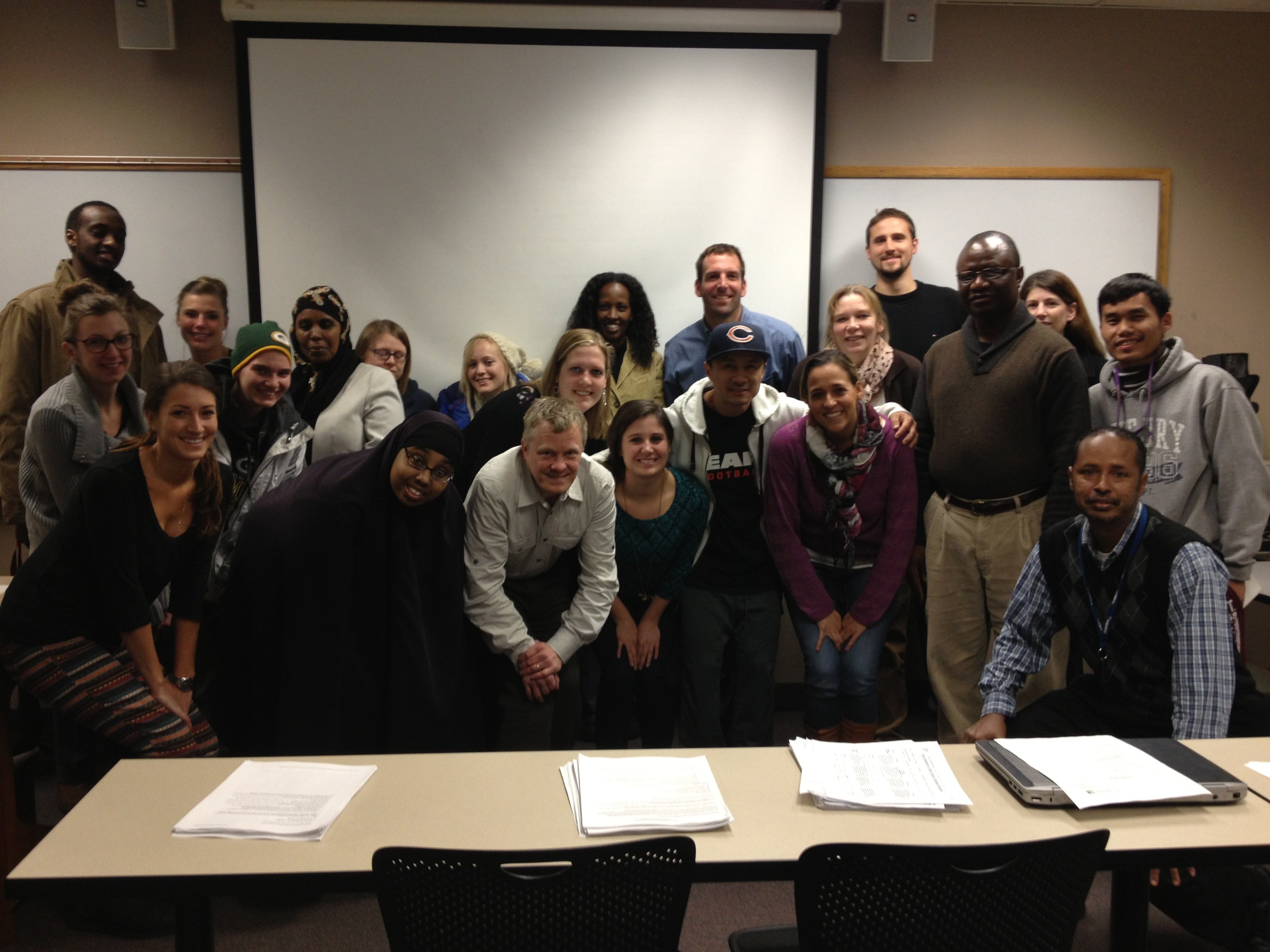 Metro State does its best to make college doable for working adults, but the buck stops at student teaching. State law says anybody who wants to teach must first work full-time for 10 weeks in an unpaid teacher internship. At Metro’s School of Urban Education, leaders say the college’s 12-week student teaching requirement is a major drop-out point.

This article is part of a series that will examine the requirements Minnesotans must meet to become teachers, the ways in which training programs are changing, and the people they continue to leave out. For related stories, go to Who’s teaching in Minnesota?

“They even project that, ‘I’m going to drop off at that time, because I can’t see a way,’” said department chair Paul Spies. “They’re proud to earn their degree and use their degree to do great work in the community, or to be a substitute teacher, but to be a licensed teacher was what their original goal was. It’s a dream deferred, or denied in many cases.”

There’s Steven Dressel, who managed to push through the three-month full-time classroom stint while working a weekend job in a hospital and raising two young children.

There’s Toni Kaercher whose husband took over the bills of a household that was already surviving on below-poverty income.

During her student teaching time, Latisha Eaddy worked at least 12 hours every single day, driving straight from the classroom to her evening daycare center job.

Working adults are attracted to the School of Urban Education by nighttime and weekend classes that leave time for a job. Retaining those students is a problem, and school administrators say student teaching is the single most common point at which teacher candidates leave the program. Without new funding, Metro State’s next generation of teachers will continue to falter at the unfeasibility of a full-time, unpaid, tuition-based internship.

The dearth of teachers of color in Twin Cities schools is contrasting more sharply than ever against the increasing proportion of K-12 students who are not white and not graduating on time or passing state tests. The Urban Education programs seek to close the “opportunity gap” by pumping out more teachers whose backgrounds better match those of metro area students and who understand how to work with urban kids.

Thirty-five percent of program participants are students of color. Their average age is around 31. “Even for students who are not teachers of color, because of the virtue of having lived experience…or coming back to get a degree later in life, they are exhibiting resilience. They are first-generation [college students] themselves,” said Rose Chu, the school’s interim dean.

Although Metro State enrollees are considered nontraditional, numbers from the National Center for Education Statistics show that they are not so out-of-the-ordinary. Across the country, students of color represent at least 36 percent of all colleges’ combined populations. Forty-four percent of college students nationally are age 25 or older. Around a third are first generation college students.

“[The student teaching model is] based on all sorts of assumptions for traditional students as they existed in the past, where a student teacher is an undergrad who hasn’t had any life or family responsibilities, other than after high school, going to college and at most working a part time job,” Spies said. “Nowadays, and especially in our program, people are demonstrating great resilience to earn their degrees and take classes while, at the same time, working and running a family.”

Jacob Nelson has worked at earning his teaching license for nearly 10 years. Since 2005, the 35-year-old has chipped away at it, taking six credits per semester, while working full-time and raising two children.

Nelson builds musical instruments at a shop in Stillwater. As beautiful as such a career sounds, he’s looking for something more fulfilling. “[As a teacher] I feel like I give back more to the community than what I would with woodworking,” he said.

Although, technically, Nelson is at the finish line, with only two classes in the spring and his student teaching requirement left to finish, he estimates he won’t earn his license for at least another two years. It’s his wife’s turn to pursue her master’s degree. Nelson’s family can’t afford to lose his income.

“You put your notice in on your other job, and you don’t have a guarantee you’re going to have a job coming out,” he said, adding that it would be more feasible if there were better financial aid for student teaching, or a way to break it into chunks. Nelson plans to work as a substitute teacher until he can afford to student teach.

“My personal belief is that society has got to change its philosophy,” he said. “Student teaching, you’re working in the classroom. Why make it such a hindrance? People should be paid for work. It’s almost free labor.”

“The stuff with the family, making sure you’ve got a roof over your head and food, is basically what it comes down to,” he said. “But I’m going to stick with it, and when the time comes, I’m going to do it.”

The right kind of funding

Metro State has accrued many thousands of dollars in endowment funds dedicated to scholarships, but the money isn’t nearly enough to meet the demands of teacher candidates struggling to student teach. Part of the problem is the way endowment money is structured. Schools can’t access the full fund immediately; they can only use the interest it earns. The idea is that donations will continue to benefit students for many years.

But students at Metro State need funding now. That’s why the school recently began a scholarship fund that would make money available immediately for student teachers. They sent out a letter requesting donations this September. So far the fund has earned less than $300.

Latisha Eaddy nearly gave up. As the now 41-year-old prepared to begin student teaching, a notice arrived in the mail: she’d received as many student loans as lenders were willing to provide. She recalled the moment, “I said, ‘Eric, I don’t think I can do it.’ He said, ‘You gotta do it. We gotta get you in there now.’”

The roadblocks kept coming. Eaddy submitted an application for a leave of absence from her job. Supervisors responded with a notice of termination. She got through her student teaching by contributing to family finances with unemployment assistance and part-time work at a daycare center.

Meanwhile, her relationship with her 13-year-old daughter suffered. Eaddy wasn’t able to drive her to gymnastics or basketball practice. Her daughter asked, “When you gonna have time?”

When the Daily Planet interviewed her, Eaddy had just begun her first week teaching fifth grade at Jenny Lind school in North Minneapolis. “I’m grateful to be this far. I’m happy that I was given this position and the opportunity to display my talents,” Eaddy said. “I’m not going to stop.”