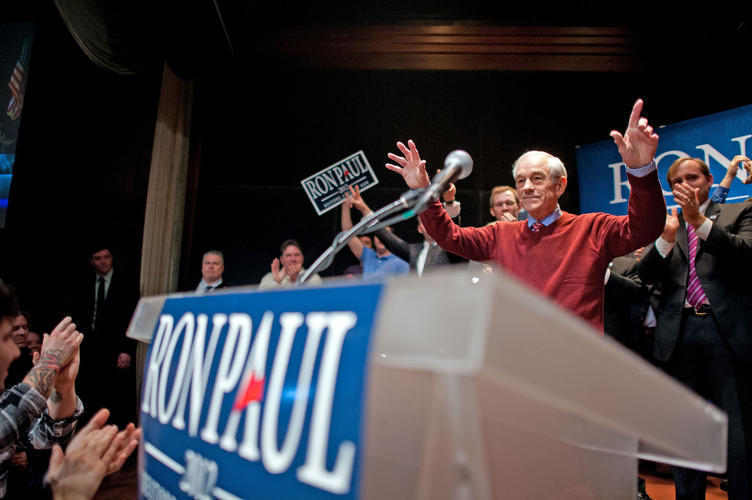 During his first time as a national delegate he was able to see how it works. His analysis: scripted and controlled.

But their support for the movement and its leader remain.

Among Minnesota delegates, 33 of 40 voted in favor of Paul, including two who were University of Minnesota students — Motzko and Nate Waldron, a pharmacology graduate student.

The two students are part of a larger movement of young Ron Paul supporters who have ruffled feathers in the Republican Party, both at the University and nationally.

“The fact that we had this pitched and quite public disagreement and that the Ron Paul people are basically declaring an offensive against the Republican Party establishment is extraordinary,” said Larry Jacobs, a Humphrey School of Public Affairs political science professor.

“Usually the national party conventions are a showcase of unity, getting behind the ticket — you kind of bury the disagreements out of the public eye,” he said.

Motzko said his and others’ Paul signs were confiscated before they even entered the convention hall.

“There really isn’t any room for any dissenting opinion — they want to portray unity within the party for, obviously, the national audience,” said Motzko, a finance and applied economics junior.

Waldron said Romney could’ve used the convention to unify different factions of the party but instead, “a lot of people went away hurt from it.”

Over the past few years, Waldron has explored issues where he disagrees with the Republican Party.

As he researched, he discovered Ron Paul, who was saying the things Waldron had come to believe.

“Looking to Ron Paul, he basically was describing a consistent ideology — basically that of liberty — where you could defend all of your issues logically and consistently,” Waldron said.

“I had never been able to do that before.”

Particularly among youth, Paul’s authenticity and integrity are refreshing and welcome.

“He doesn’t look or sound like other … blow-dried politicians,” Jacobs said.

Of Paul’s supporters, the majority fall in the 18 to 34 age group, according to a January Gallup poll.

“For folks who are kind of worried about starting out their working lives with growing government deficit and the sense that the job picture is really pretty shaky, Ron Paul is one of the few sharp alternatives,” Jacobs said.

Motzko said a lot of young people enter the system with angst or criticism toward politicians, knowing they’re “panderers basically to whoever they’re speaking to.”

He said young voters cling to Paul’s authenticity and value his trueness and honesty toward others and himself.

Jacobs added that while “a good bit of Ron Paul support is from young people,” Obama still has the “overwhelming advantage” with young voters.

With Paul officially out of the running, supporters now must decide how and whether to vote on the presidential ticket in November.

Waldron said he entered the convention “pretty convinced” he was going to come out the other side supporting Romney, but following the convention he is undecided.

“I feel — and many other people feel the same way — that it’s very hard to switch teams when we feel like we were basically disenfranchised,” Waldron said.

Stebbins said although she has to vote for Romney because she pledged to, she doesn’t recommend that others should.

“I think a lot of us were going to support Romney after the nomination was complete,” she said. “But basically [the power grab] was a slap in the face.”

Motzko said as of now, he will not vote for Romney.

“There’s just too many similarities between Barack Obama and Mitt Romney,” he said.

“Romney is better to an extent but not good enough where I could sleep peacefully at night knowing that I had voted for him.”

Lyk said the diversity of the Republican Party is what makes it great but also that an aspect of supporting the party is supporting the eventual nominee.

“One of the most important things is making sure we defeat Democrats, and if we’re fighting each other, that’s not going to happen,” Lyk said.

The message or the man?

With the convention wrapped up, the question of the movement’s future begs an answer.

Stebbins, Waldron and Motzko said the emphasis of the movement is on the future. Paul supporters are looking for candidates on local and state levels, not necessarily the presidency.

“I don’t think that the impact of the Ron Paul revolt will be particularly large this fall, but I think it’s possibly a transformative event for the Republican Party over the next few years,” Jacobs said.

“We all like to think that this movement is about the message and not about the man,” Waldron said. “That being said, it’s hard to sustain a movement when you don’t have a centralized figure like that.”

Stebbins said that hopefully the liberty movement is the future of the Republican Party.

“We found that the message is popular,” he said. “Freedom is possible.”