Payne Phalen resident Shadina McClendon was hit by a car in April and almost died. Still suffering a severe leg injury, McClendon is no longer employed and her doctors won’t allow her to return to work. Randy McClendon, her husband, is fully employed, but in order to keep his job, he was forced to take a significant reduction in pay by the company he has worked for the past 20 years. His income is not sufficient to pay the monthly house payment.

The McClendons, who shared their story at a Twin Cities Daily Planet election circle on July 30, worry they may lose their home, and say that banks have not been helpful. Nor has the city of St. Paul, after the counselor the two were working with went on medical leave. It’s only through meeting Martha Ockenfels-Martinez, a foreclosure prevention community organizer with the Summit-University Planning Council and St. Paul Fair Lending Coalition, that the couple was allowed a delay. Without it they would have lost their house on June 29.

Harriet Mednick, who has been unemployed for over three years, finds herself in a similarly precarious situation. A resident of the Hamline-Midway neighborhood, Mednick has owned her home for fifteen years, but said, “it’s touchy now.” She may find herself in foreclosure at some point because of barriers and rules that are not friendly to homeowners. She is getting no help to stay in her house and the charges keep piling up. 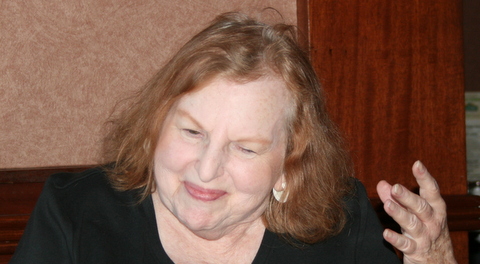 All of the circle participants agreed that fatal systemic flaws have led to a home foreclosure crisis. Alan Shilepsky, the one self-described Republican at the table, said he remembered first hearing about the idea of bundling mortgages—putting a number of mortgages together and selling them to investors—years ago. Shilepsky said he has always seen the practice as fatally flawed. “Once mortgages are sold, it’s like all these people own 1/50th each of your mortgage, and they have no one to talk to, and you don’t know who to talk to.”

Shadina McClendon agreed. “It is easy to get lost in the shuffle. They (realtors) sell you off for pennies on the dollar.”

Vic Rosenthal, executive director of Jewish Community Action, and a 26-year resident of the Summit-University neighborhood, explained that there are differences between who owns and who services your mortgage. “Servicers make money on the process. Banks have allowed servicers to run the system.”

Rosenthal, who has been doing anti-foreclosure work for the past six years, helped start the Northside Community Reinvestment Coalition in Minneapolis and the St. Paul Fair Lending Coalition. St. Paul FLC, which works on foreclosure issues in St. Paul’s Summit-University and Frogtown neighborhoods, helped the Daily Planet organize and facilitate the election circle at St. Paul’s Green Mill Restaurant and Bar. 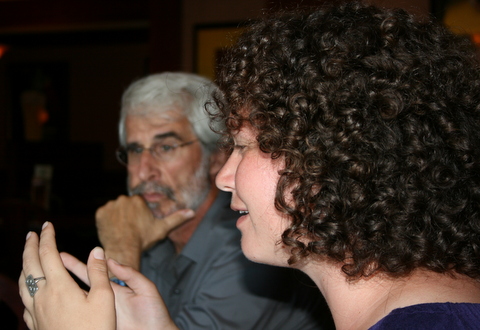 Shadina McClendon reminded others that if terms are modified, the homeowner is “still paying the whole amount of the mortgage. It’s just stretched out over a longer period of time.”

According to Maggie Pearson, who does outreach and foreclosure prevention for the Frogtown Neighborhood Association, and facilitated the evening’s discussion, institutional racism plays a big role in the home-buying and -owning process. Pearson talked about predatory lending practices that target and take advantage of specific populations and communities. She reported that a black couple is four times more likely to receive a subprime loan than a white couple.

Subprime loans carry a higher interest rate than prime loans, and are given to homebuyers considered to be a higher credit risk. The U.S. Department of Housing and Urban Development (HUD) has released a study showing that the number of subprime home loans is skyrocketing in predominantly black and low-income neighborhoods.

Rosenthal attributed unjust lending practices to the repeal of the Glass-Steagall Act. Also known as the Banking Act of 1933, Glass-Steagall prohibited banks from engaging in the investment business. This must change, Rosenthal said. There must be moratoriums and principal reductions, and loan modifications to make them easier to attain. However, he noted that Republicans and Democrats disagree about the need for regulations, “with Republicans against them across the board.” Banks are not going to regulate themselves, he argued. Regulations must be established at the federal level because banks work across state lines.

Shilepsky offered another perspective, contending that there are cultural and behavioral reasons for foreclosures. “A part of the problem is that we are told that we’re a nation of homeowners, we’re told it’s important to own a home, and sometimes people aren’t ready to be homeowners, not if they can’t pay the mortgages and maintain their houses.”

In closing, each person at the table offered their vision of a home-buying and home-keeping system that would work for everyone. The McClendons said they would like to see guidelines so that the younger generation won’t go through what they’ve been through. Shilepsky said he would like to see less emphasis from the government on home-ownership. “Before you own, you ought to learn some things.” He also said he would hate to see over-legislation. Rosenthal said that Glass-Steagall should be brought back. Meanwhile, Pearson argued that smaller banks that are connected with a community are essential.

Neighborhood organizations exist that offer services which can help homeowners, said Mednick, a board member of Sparc, which serves the Hamline Midway, South Como, and North End neighborhoods of St. Paul. But, Mednick pointed out, homeowners first need to know that the services are out there.