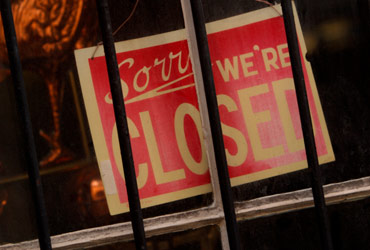 Minnesota lawmakers spent a lot of time this session on whether to give the grand old State Capitol building major surgical repair or simply get out the needle for a temporary botox job.

The Capitol is the greatest public building in need of major repairs, bipartisan leaders agree. But it is far from the only one in Minnesota that could use a facelift or hip replacement. Some bonding bill projects typify a state infrastructure in need of upgrades.

All this suggests the construction industries and thousands of workers might find jobs in the next few years regardless what Minnesota lawmakers decide to do about a publicly supported Vikings stadium.

A helpful start of building and rebuilding a new Minnesota just might come from better information, such as inventorying what properties are available for use and redevelopment now, reaching beyond state and local programs encouraging new construction on subsidized land.

For instance, the Preservation Alliance of Minnesota can identify every nationally recognized historic building in the state, said Will O’Keefe. However, it can’t tell a prospective entrepreneur looking for a business site in Minnesota what the vacancy rate or status of the building might be.

“It would be helpful if there was a site we could point to that would be easy for local economic development people to constantly update,” he said.

The Alliance, or PAM, wants to spare great old buildings from the wrecking ball. Not coincidentally, it is hosting its May 18 annual fundraising and social event, the (Anti) Wrecking Ball, in the St. Anthony Falls Historic District in Minneapolis.

The task of helping find new uses for great old buildings would be easier for local developers, civic leaders and groups like PAM if prospective entrepreneurs and the commercial realtors had fingertip information on these buildings, O’Keefe said.

Jim Standish, Grand County coordinator in west-central Minnesota, agrees with that assessment. He’s part of an ad hoc group, loosely calling itself Grow Grant County, that is meeting tonight in its countywide effort for promoting economic development and redevelopment.

Nearly every rural community in the state still shows signs of business consolidation and out-migration of people that followed the rural business downturn that followed a national recession. The period in the countryside is often called the “farm financial crisis” of 1982-1987. Despite its agrarian name, it spilled over and shut down local merchants and service providers in small towns and cities, leaving behind empty main street buildings and edge-of-town industry sites.

In retrospect, the consolidation of businesses that occurred in the 1980s would have come anyway – perhaps less abruptly – by changes in technology and people’s driving behavior.

“We measure distances in miles when people in the Twin Cities measure distances in minutes,” Standish said. Either way, Grant County residents traveling to businesses, eateries, public events and entertainment in the different towns don’t spend any more time in their automobiles than suburbanites attending Minnesota Twin games.

For Standish, the current effort is the third time in his 40-year public service career where people have organized to look at countywide development. “It isn’t easy,” he said. “Old rivalries always come up over who gets what.”

Empty storefronts aren’t just a rural problem. With demographic shifts and two recessions in the past decade, strip malls from the Twin Cities metro to the state’s regional centers are dotted with vacancies. PAM’s O’Keefe said much of this real estate isn’t headed for registries of historic places, but these locations will certainly need redevelopment and new uses as retail business shifts to the internet or other locations.

A period of adjustment that waits can be painful. It can also be constructive and create jobs, helping strengthen the Minnesota economy.

Minnesota’s general contractors aren’t too concerned about “who gets what.” They do want the state to get going though.

Whether it be public buildings or commercial property, the construction industry sees redevelopment as an immediate opportunity to put trades people back to work, upgrading utilities and enhancing older buildings’ energy efficiency, said David Semerad, chief executive officer for the Associated General Contractors of Minnesota.  At the same time, he said, most contractors believe a full recovery for the industry is another year or more down the road.

A survey conducted at the start of the year found a third of the contractors expected no change in employment this year while another third anticipated adding jobs. Nearly 70 percent said bank credit hasn’t been a problem directly for their firms although it has held up projects for clients and caused some cancellations.

As a reminder that public policies do matter, they survey found more than 60 percent of Minnesota contractors have worked on at least one project that was aided by stimulus programs. More than 35 percent of those projects were in the $5.1 million to $19.9 million range.