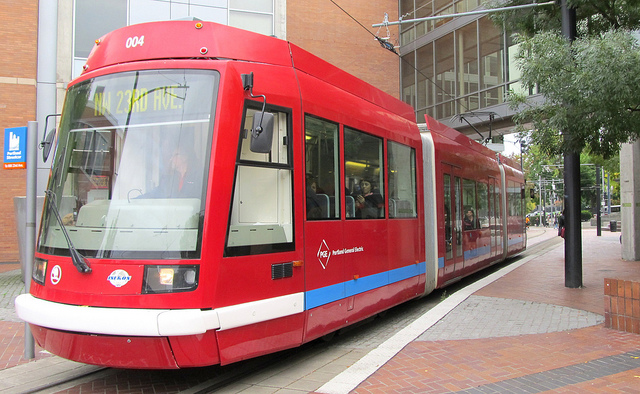 Not sure about the difference between streetcars and light rail? Or why anyone would think a streetcar is better than a bus?

The city of St. Paul has been conducting a feasibility study on the opportunity to bring streetcars back to the city, in moderate fashion, for the first time in decades. One of the intentions of the study has been to seek input from the public, to gauge interest and solicit informed opinions. The city has opened and maintained a forum page, Open St. Paul, where residents can interact with municipal officials and post opinions on the concept of streetcars in the city.

Public forums will be scheduled later this summer, with opportunities for public input. (The first was scheduled for June 5, but then postponed — stay tuned for notice of the rescheduled times.) Before then, here are some of the basic issues, and some background information.

What are the specifics on the St. Paul streetcar project?

St. Paul’s streetcar planning map includes several possible lines, including north-south lines on Raymond, Snelling, Lexington, Rice and Payne, and east-west lines on Grand, Selby, and Raymond, as well as East and West 7th, Payne Avenue, and Robert and Wabasha possibilities on the West Side.

What exactly are streetcars? How are they different from BRT (Bus Rapid Transit) and LRT (Light Rail Transit)? The City of St. Paul is all over those questions, and has set up an online slide show to educate the curious. Streetcar 101, succinctly explains the origins and mechanisms of streetcars, the environmental and economic benefits, and the potential drawbacks and consequences a city may encounter after constructing them. St. Paul also has other links and more information on the Streetcar Feasibility Study page.

Are streetcars a good idea for St. Paul?

“Street cars would be a very positive addition to St Paul. They are less costly than LRT and create more focused development than BRT. They are a happy medium that allows interaction between vehicle traffic and streetcar traffic. Considering the list of LRT projects currently on the top of the priority list for the west metro, I think railcars would be a wise investment because of both price and usability.”

“I am a frequent user of public transportation in St. Paul and a long time supporter of it. While buses are clearly more efficient than cars, they do wreak havoc on the roads. One has to look no farther than 6th and 5th street in downtown to see what kind of damage buses do to roads.

Also many roads in St. Paul are not designed for bus traffic even though they carry ‘High Frequency’ bus lines.”

“I also know firsthand the ‘joys’ of being tossed around inside a metro transit bus due to the annual re-appearance of our friend the pothole.

“I think it’s time we correct a 60 year old mistake and rebuild the Twin City Rapid Transit Company. This transit system was the envy of many cities and its demise was one of the saddest moments in our history.

“Please take whatever steps necessary to rebuild our rail based transit system as soon as possible.”

Both men were commenting on St. Paul’s Open Forum page. Other residents used the forum to express conflicted or negative feelings about constructing a streetcar line in St. Paul.

“I have mixed feelings about street cars coming back. While I agree that they bring a nice option for transportation, the city needs to carefully consider the routes. There are some routes that are congested with cars, buses, and cyclists during rush hour and I am not sold that street cars on these routes will alleviate this situation and may make matters worse. I also hope that St. Paul carefully considers the impact (noise, perhaps increased congestion, etc.) that street cars would have on residential blocks. While not opposed I hope that the city will look at various data points and make evidence based decision.”

“The return of the streetcar would be a beautiful symbolic move, demonstrating a commitment to a less auto-centric oriented development model. Unfortunately, in most cases I feel the functional differences compared to buses are minimal or negative and do not seem to justify the costs. Streetcars travel at about the same speed, are less flexible, and provide a major hazard for anyone on a bike. Spiting one form of alternative transportation, cycling, to add a qualitative, feel-good enhancement with another form of transit doesn’t seem the best way to move us to complete streets and a less car-dependent community.

“Thus I am skeptical of the worthiness of such an investment in general, but I think each corridor should be considered on its own merits. There may be certain areas where it makes sense. Our transportation infrastructure needs a lot of improvements, so we need to make wise investments.”

Places to learn more about streetcars in the Twin Cities: