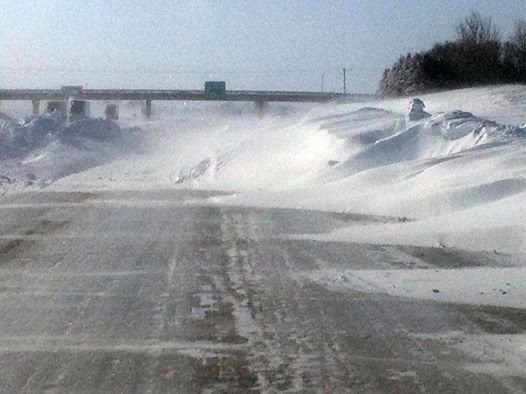 We had several days of above freezing temperatures and then a winter storm. It began as rain, which froze, then turned to wet snow, ten inches or more in many places. The combination of freezing rain and ten inches of snow made travel very dangerous. The governor has declared a state of emergency and ordered out the National Guard to help stranded travelers. The Department of Transportation advises no travel in the state.

I’ve been putting photos up on facebook. (Two examples are [above and] below.) People have reacted with “My god,” and “This is a nightmare.” As Minnesotans say, “It could be worse.” Chances are the state will recover quickly. The plows will clear the highways and streets. Salt trucks will take care of the ice — if the temperatures are high enough. When it’s seriously cold, the salt can’t melt the ice.

Where I am, in the center of the Metro Area, everything looks fine. The streets are plowed. The sidewalks are shoveled. Traffic is moving, maybe a little more slowly than usual, since the plowing has exposed the underlying ice. The trees are coated with a mixture of snow and ice, which sparkles in the sunlight.

Young people have no experience with this kind of weather. The last really big winter storm was in 1991. For me, this is a reversion to the Minnesota I remember from childhood. For them, it is a disturbing surprise. This winter’s storms have been caused by polar winds dipping far south of their usual location. It’s possible that global warming — and the dramatic warming of the north polar regions — will cause this kind of far-south wobble of the Polar Vortex in the future. In that case, we will see more winters like this one.

I like this weather. But I need to remember that it’s dangerous in rural areas and makes life very difficult for people with mobility problems. It’s hard to climb over banks of snow or cross deeply rutted streets, if you use a cane or walker or wheelchair.

But the snow is so pretty — falling or shining in the sunlight, under a blue sky. 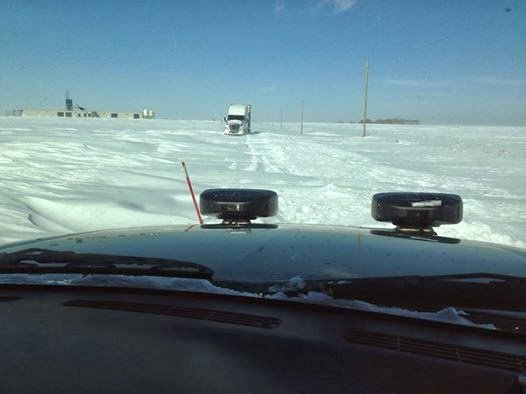 This is State Highway 56 north of Kenyon, a small city in southeastern Minnesota. We are looking down Highway 56. That semi is stranded on the highway. Notice the lovely blue sky and the fields of fresh new snow… (Photo courtesy of the Kenyon Police Department)

At top: This is I-35 south of Owatonna. I-35 is the main route going south from the Twin Cities to Iowa. (Photo courtesy of the Minnesota Department of Transportation)