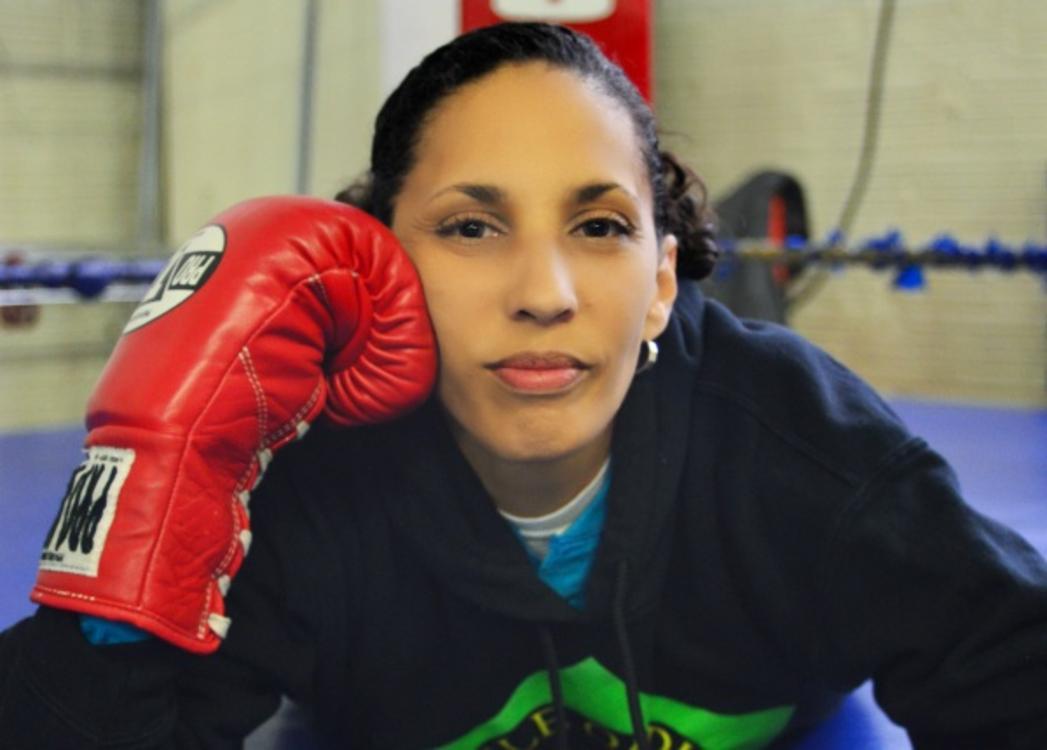 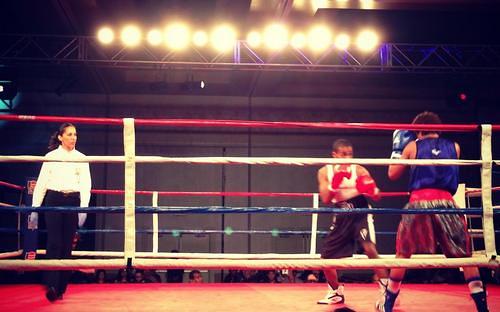 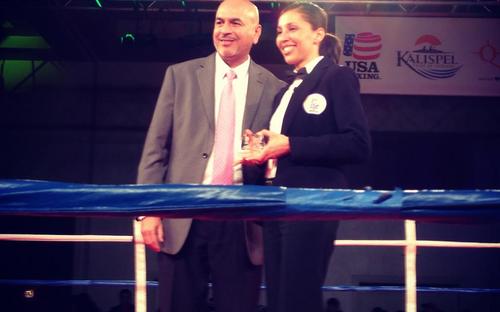 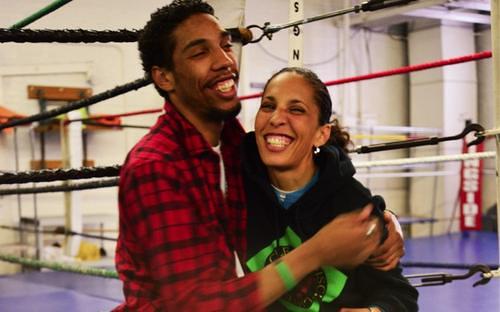 “The boxing ring is my living room and I’m going to let you two play fight in the living room. But if you start breaking stuff and acting like fools, I will step in and shut it down…” – Sierra Leone Samuels, boxing referee

The boxing ring has a way of revealing character and teaching lessons. Those who enter unprepared or unfocused are often exposed. For amateur boxing referee, Sierra Leone Samuels, the boxing ring has provided a test of nerves, judgment, and reason—so far she’s passing with flying colors.

Samuels wasn’t the biggest fan of boxing when her sister talked her into visiting a boxing class years ago. But as she brought her young son, Jamal, around the Circle of Discipline, she couldn’t help but notice how he lit up inside. He seemed entranced by the energy and dancing in the ring, the focused aggression. Samuels, a young single mother at the time, sensed the programs at the Circle of Discipline could provide Jamal with the structure and positive male role models he would need to develop and thrive as a man. She was right.

The Circle of Discipline, located on Lake Street in the heart of South Minneapolis, became something of a refuge for Samuels. The programs at the gym are designed to create what they call “360 degrees of balance,” harmonizing the needs of the body, mind, and spirit. In addition to boxing, participants of the gym learn the values of giving back to the community, and how to use hard work, discipline, personal responsibility, and healthy lifestyle choices to reach for a higher sense of self.

Sierra Leone Samuels, talks about the Circle of Discipline

The gym not only provided guidance for her son—today Jamal James is a professional boxer and mentor at the Circle of Discipline—but it also helped to broaden Samuels’ outlook on life. She began to push herself and took steps to improve the quality of life for herself and her son.

“When I started coming down to the gym, I was on welfare and I wasn’t doing anything with my life” said Samuels. “So when I started bringing him [Jamal] down, they started working with me….they helped me get a job and be able to provide for myself and my son. They helped me evolve and mature so I could be a good mom and stop partying; I started exercising through martial arts and began giving back to the community.”

Samuels volunteered at the gym and got more involved in the world of boxing as she watched her son train and compete in boxing matches. Slowly but surely, she inched closer to the fire, from serving as a judge to eventually stepping into the ring, herself, as a referee. “I definitely prefer refereeing to judging,” said Samuels. “You get to be right there near the action! Sometimes in the ring I have to guard my facial expressions from showing what I’m thinking: Wow, that was a good punch!”

Samuels studied the sport of boxing. “There are some officials out there that don’t know the art of boxing, the science of it,” she said. “They think it’s just two athletes in there throwing punches … but it’s not. It’s all about strategy and being able to think ahead of time — if I throw this, what will he or she throw? How will I block it or slip it?”

Sierra Leone Samuels explains why she sings “Amazing Grace” in the ring.

Today Samuels is a 3rd level USA Amateur Boxing Official, which includes judging, refereeing, timekeeping, and clerking. She is the Chief of Officials in Minnesota and also one of the few female boxing referees in the state. Samuels has hopes of obtaining an Amateur International Boxing Association (AIBA) credential, which would allow her to referee international competitions and possibly the Olympics.

What Samuels has come to love most about boxing is the way the sport teaches life lessons in humility and fortitude. At some point, a boxer is bound to lose a match, and he or she will have to dig deeper, train harder, and get right back in the ring. Referees also learn many lessons in the ring, as they constantly weigh the fear of a boxer getting injured or dying on their watch, with not wanting to underestimate a boxer’s ability to make a great comeback story. It’s a delicate dance.

Samuels learned a lesson in perseverance recently after being shaken by an incident at the USA National Tournament in Spokane, WA. A young boxer got knocked out cold and took longer than usual to regain consciousness. “I was really, really, scared for the young man,” recalled Samuels. “It was one good punch! I was told I did everything right, but I had to take a moment to myself to recuperate.” Samuels took the incident in stride, however, willing herself to return to the ring the very next match. “What are you going to do?” she continued, “Are you going to let that one incident hold you back? Or are you going overcome it and keep moving forward?”

Samuels cited the knockout at the USA National Tournament as the scariest moment as a referee to date. The highlight so far was winning the “Outstanding Referee” award at the same tournament. The honor caught her by surprise. She was one of only two female referees working at the tournament and it was her first time working final championship bouts. Samuels was also encouraged at the tournament when a female judge told her that seeing her in the ring made her want to try refereeing.

Samuels has a contagious laugh, quick wit, and an unassuming demeanor. She speaks in a measured and laid-back style. But don’t let the easy-going nature fool you: she can deftly command a situation when needed. Branden Pedersen, a fellow student of Samuels at the Takoda Institute of Higher Learning, bore witness to this and wanted to share the memory when I told him I was writing this feature.

Branden recalled a time when he and Samuels were taking a placement test at a workforce center to gain entry into the public relations program at Takoda Institute. During the test, a woman interrupted the proceedings and became belligerent when asked to leave.

Unbeknownst to her, Sierra Leone Samuels recounted the exact same story as fellow student Branden Pedersen, when talking about how refereeing has sharpened her conflict resolution skills.

Before security was called, Samuels was able to defuse the situation by speaking to her calmly but firmly. “Just like that, the woman’s affect changed, she calmed down, and walked out of the room,” remembered Branden. “I think she even apologized to everyone before she left. I was just looking at Sierra in awe. This seemingly reserved bookworm just totally took control of a highly charged situation and resolved it…The fact that she can get in the ring and command respect from boxers…it makes perfect sense when you know Sierra.”

The boxing ring is no place for the weak of heart. The action is fast and runs hot. As an amateur boxing referee, Sierra Leone Samuels stepped inside the ropes and discovered she was cool enough to withstand the heat.