When James J. Hill finished his spectacular stone arch bridge across the Mississippi River in 1883, a writer for the Minneapolis Tribune declared the bridge “more solid than the ground itself.” 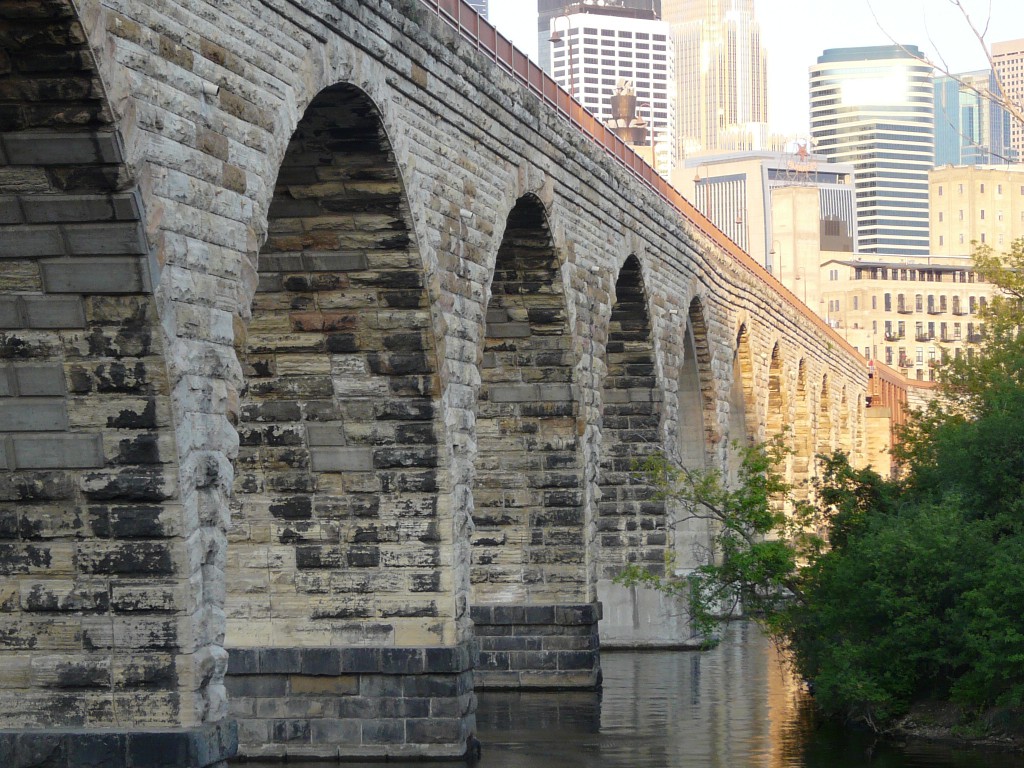 Those newspaper writers — they get so excited. The railroad bridge certainly was solid, but it couldn’t withstand the political forces that removed two of its arches in order to build a lock, or the 1965 floods, which scoured the river bottom so much the bridge started to sag.

Today a wide variety of plants has taken advantage of its many cracks and crevices.

I recently conducted a plant survey — that is, I leaned over the edge with a camera — then sent the photos to my nephew, Matthew Peters. Matt’s a native Minnesotan, but now works as an ecologist in Vermont. He prefers to see and touch the actual plants to identify them, but he offered tentative identification based on electronic images. His comments are below (I’ve added a few thoughts in parentheses):

Lady fern-Athyrium filix-femina. A slight chance it could be bulblet bladder fern-Cystopteris bulbifera. Great name, huh? Unfortunate for such a lovely plant, which has a particular fondness for limey areas. 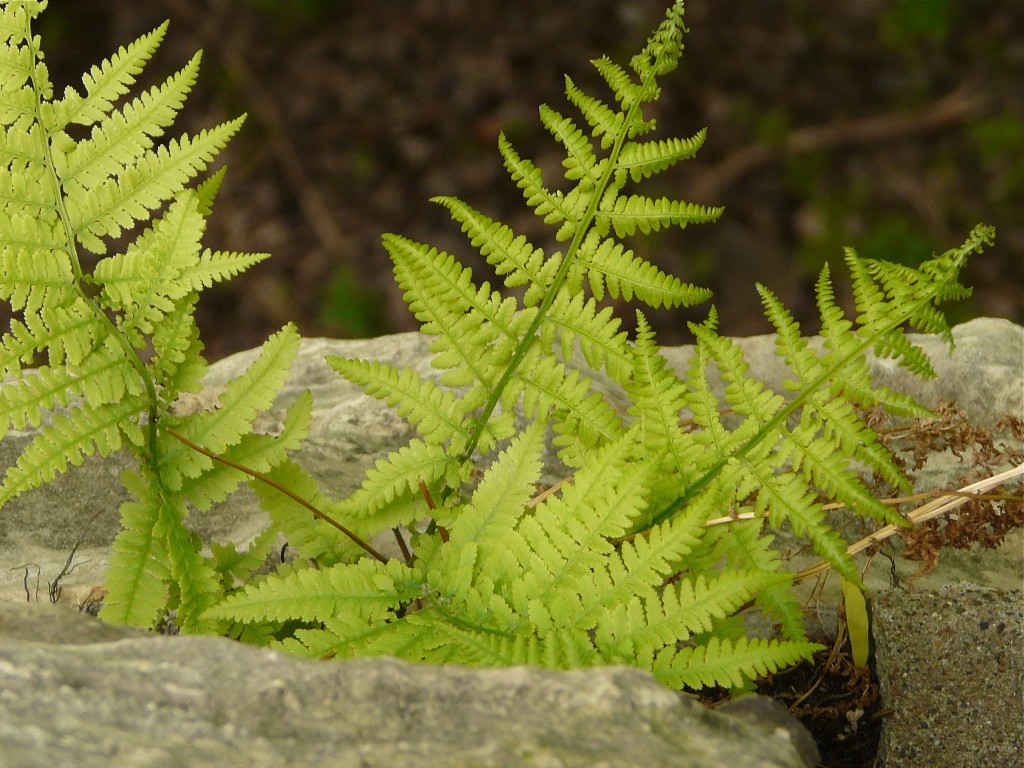 Bittersweet nightshade-Solanum dulcamara. A common and widespread exotic, but not a serious invasive. (I looked it up, it’s native to Eurasia. Leaves and fruit are moderately toxic to livestock. Best to keep cows off the bridge.) 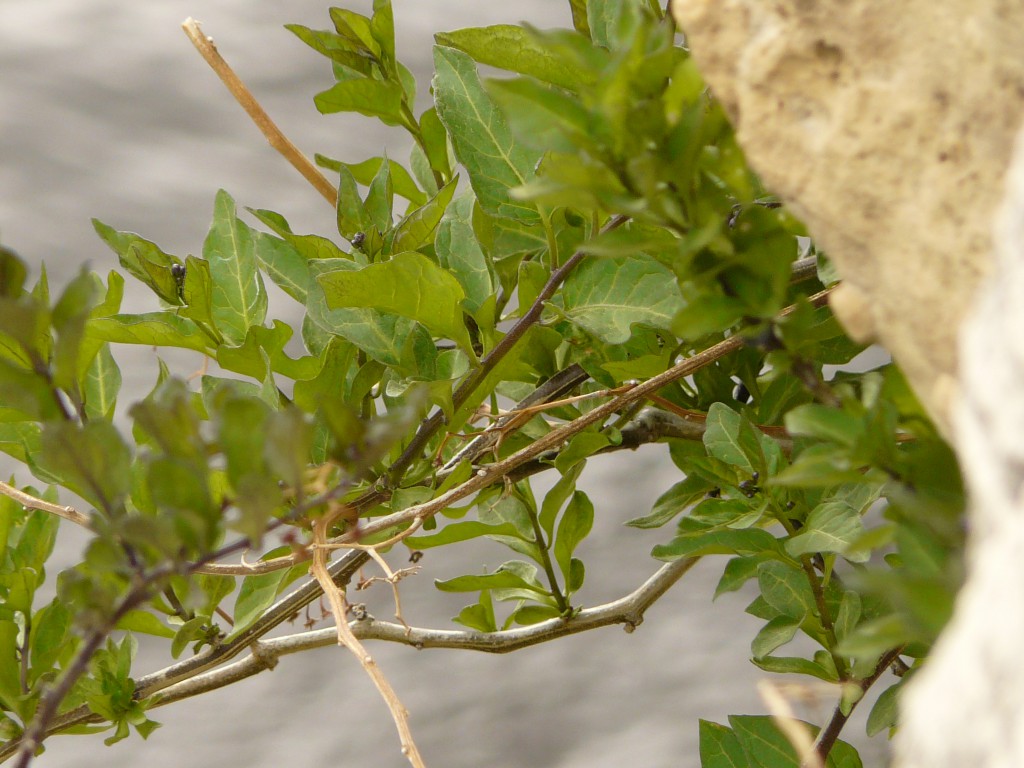 These all appear to be new seedlings. Looking carefully, you can see the cotyledons, or seed leaves, at the base of each. The big one in the middle is a baby burdock, not sure about the other little sprouts. Most likely it’s Arctium minus, the common burdock. (Burdock arrived here from Europe and can grow to five feet. I’ll check back on this ‘baby.’ The Minneapolis Park Board will probably whack it off before it gets too big.) 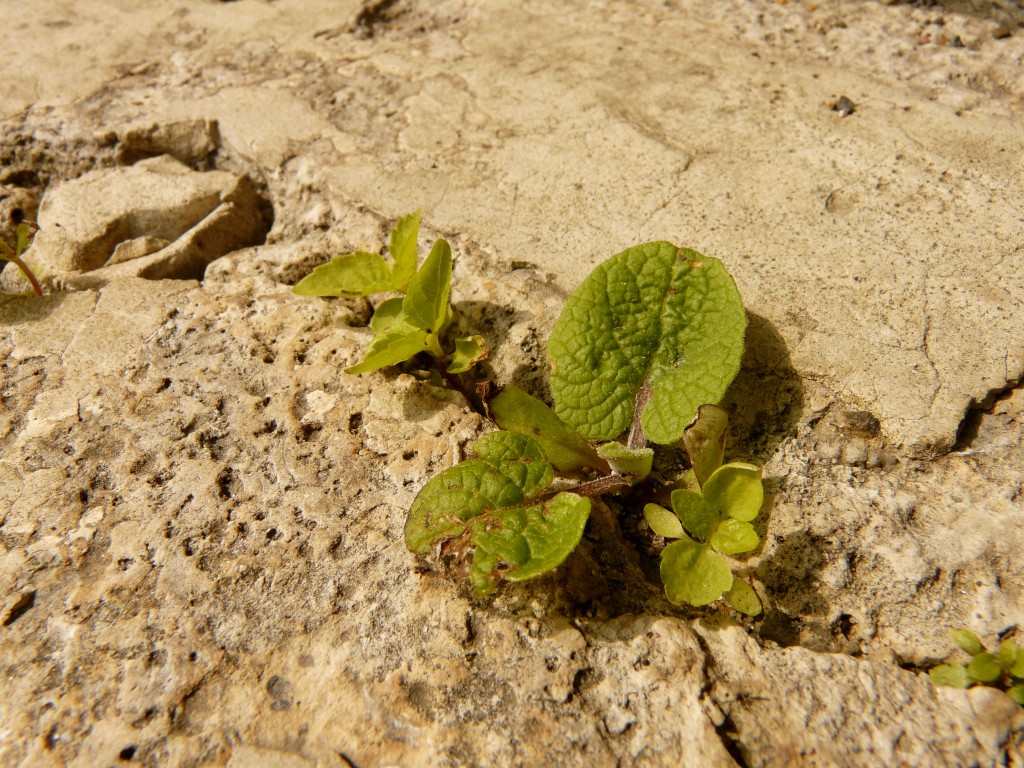 Cottonwood sapling-Populus deltoides. (I find it amusing that a tree is growing in the Stone Arch Bridge.) 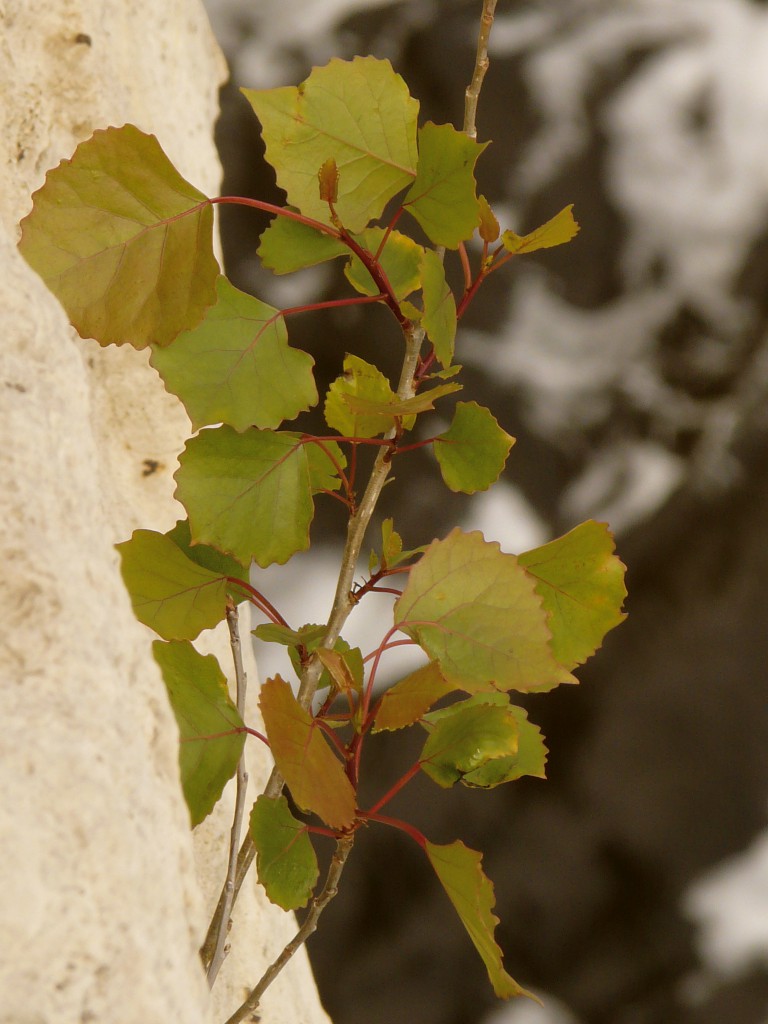 Sumac. Can’t tell which one, smooth sumac-Rhus glabra, or staghorn sumac-Rhus typhina. Slight chance it could be an invasive called Tree of Heaven–Ailanthus altissima. But I don’t think it has made it to Minnesota yet, at least, I’ve never seen it there. 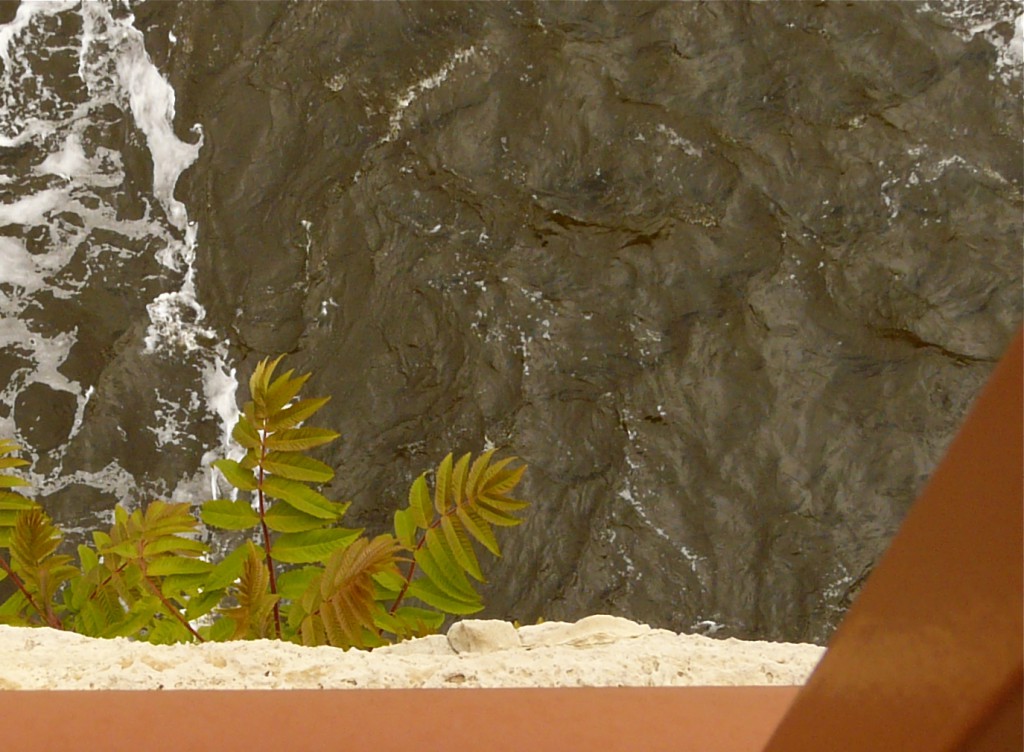 Don’t know the lichens or moss, but it looks like nice limestone. (The exposed stone on the bridge is magnesium limestone quarried in Mankato, Minnesota, or Stone City, Iowa.) 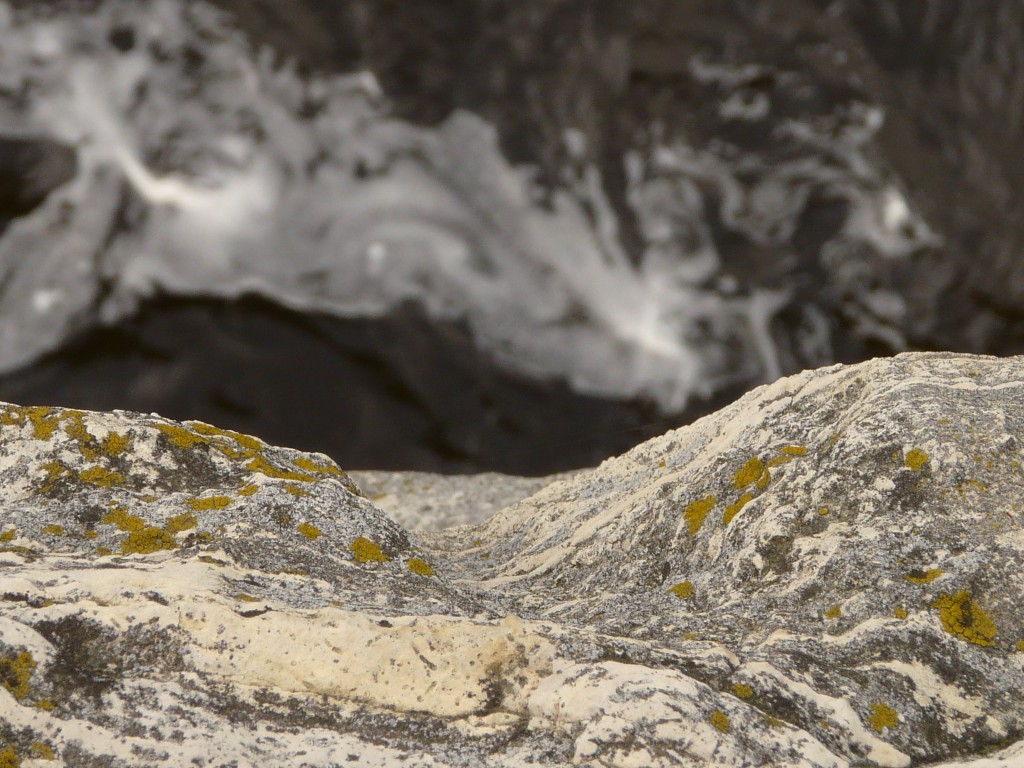 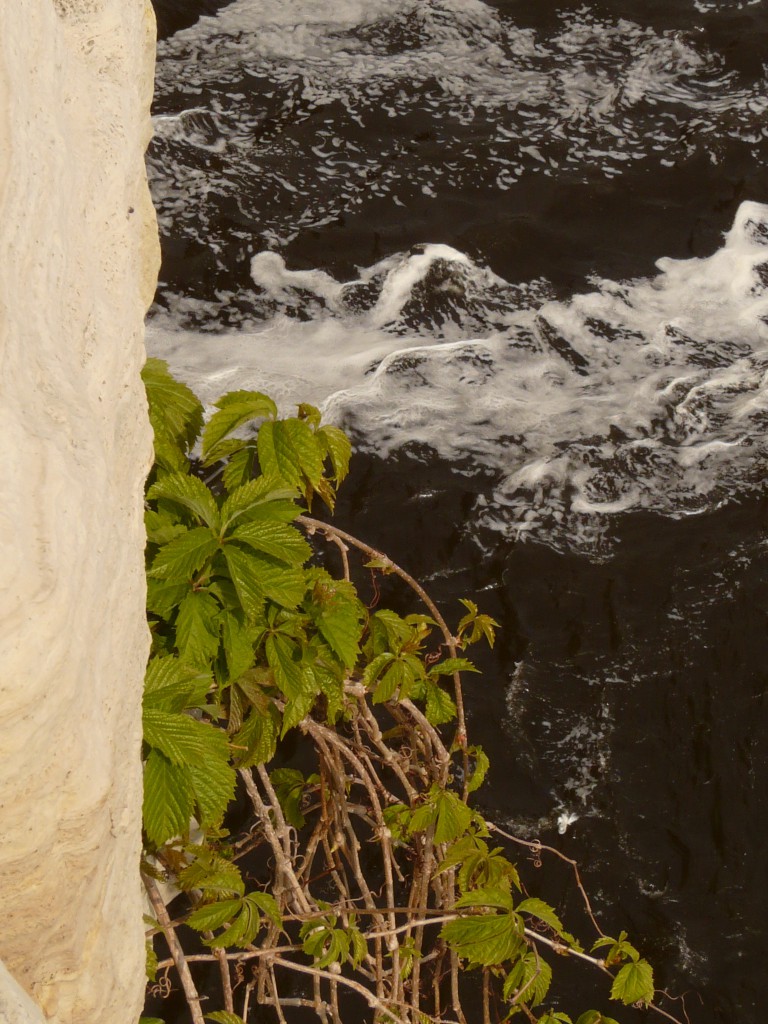 (I didn’t even send the below photo to Matt. We all know who these guys are.) 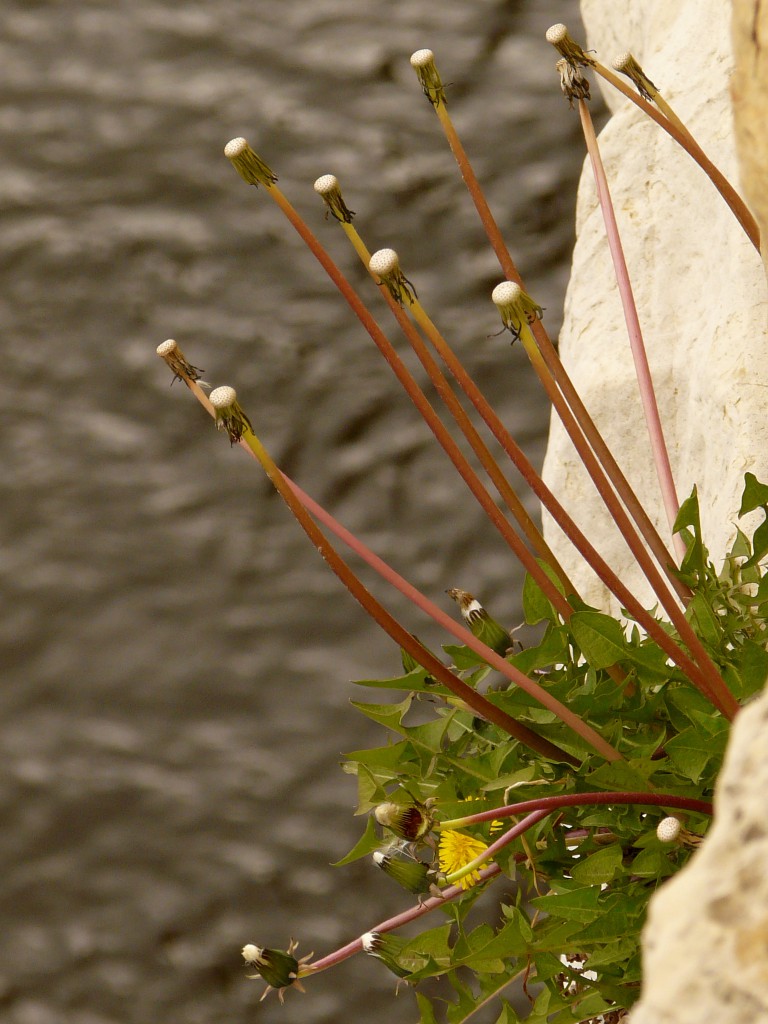 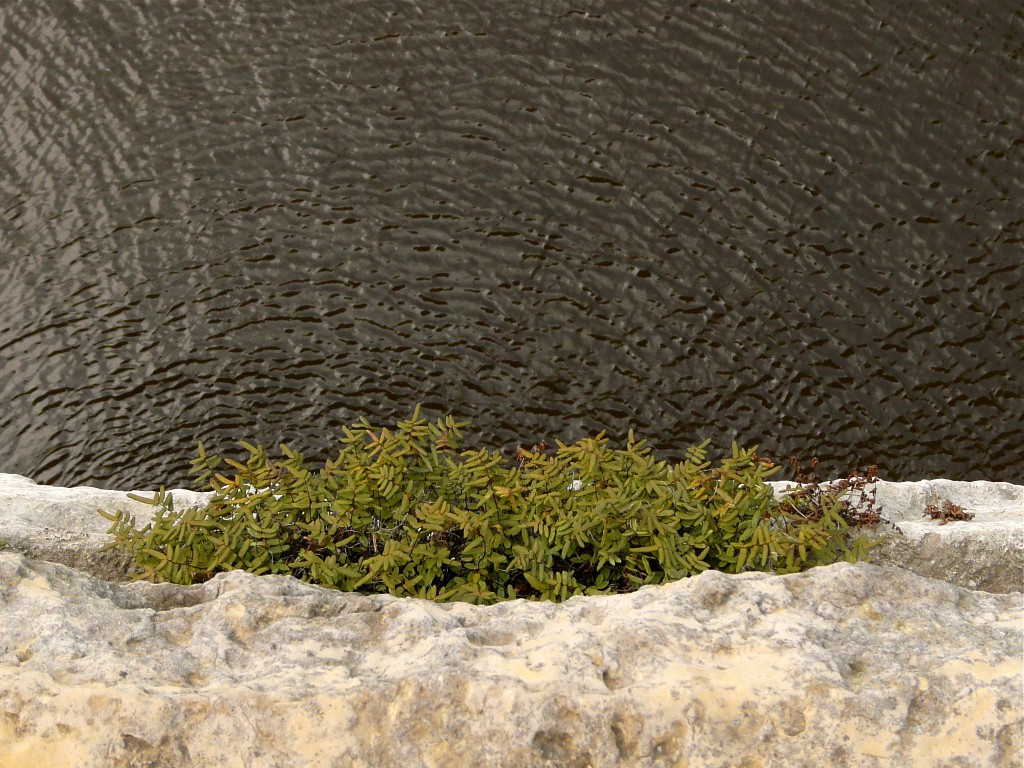 (I had never heard of cliffbrake ferns. They prefer the shadier, upstream side of the bridge. The state Department of Natural Resources placed purple cliffbrake on a Special Concern list in 1984. The species has been found in just four southeastern Minnesota counties. Apparently they’ve been cut off from ‘essential ecosystem processes’ such as fire, and without those processes, the species could disappear from those areas. It might be safe to say we have the more common cliffbrake on our bridge, but I hope Matt will drop by some spring to take a closer look at these charming ferns.)

Thanks so much to Matt for his time and expertise. 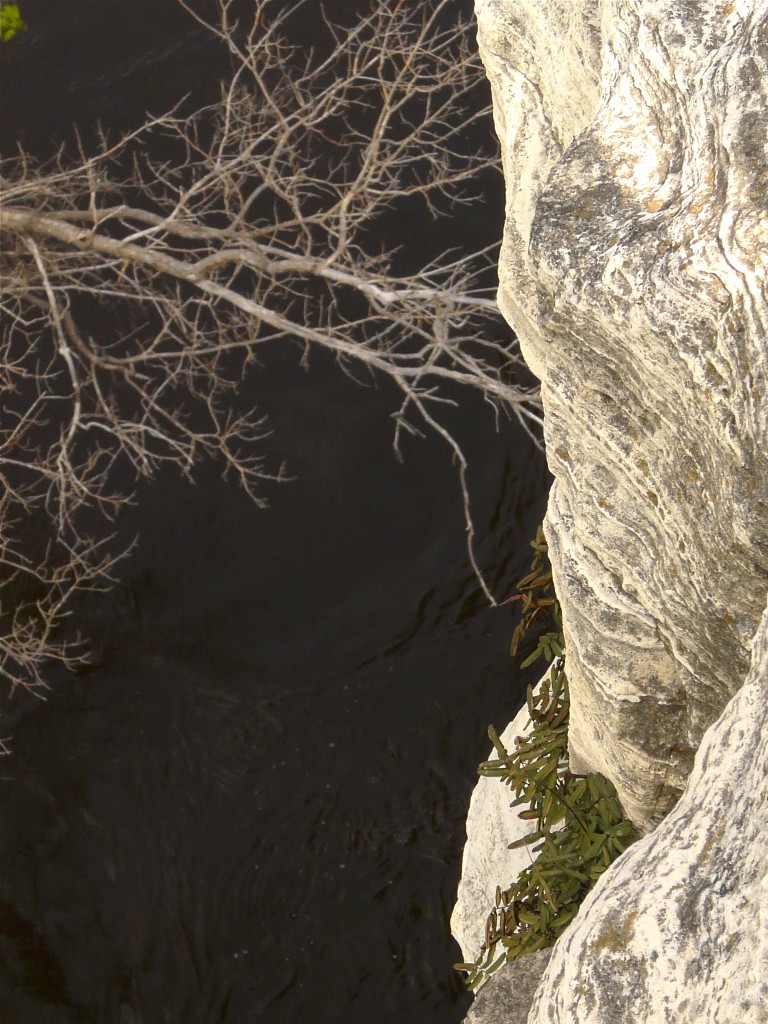