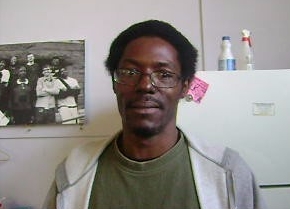 After decades of construction work, intermittent homelessness and chronic disease, 49-year-old Brian Sullivan’s body is deteriorating, including his teeth.

All but five of them were yanked out last year, when he was still eligible for dentures under General Assistance Medical Care (GAMC).

But before his dentures were done, Gov. Tim Pawlenty pushed to cut GAMC’s budget by nearly two-thirds — removing services like dental care from the program, which serves extremely low-income adults.

“So I’m sitting here with no damn teeth and no way to eat anything. Thanks a lot, Pawlenty,” said Sullivan, who lives in Richfield housing arranged by St. Stephen’s Human Services.

He added, “I’ve met six people in that same situation as me.”

But there’s some hope. Unlike Pawlenty, Gov.-elect Mark Dayton has said he will take up the federal government’s offer of expanding Medicaid here. This means the state’s Medical Assistance program, which currently only serves poor families with children, will expand in the coming year to cover childless adults like Sullivan. To be eligible, residents will have to earn less than 75 percent of the federal poverty guidelines — which would be $8,123 a year for a single adult. An estimated 95,000 Minnesotans currently living without health insurance will be eligible for MA coverage. 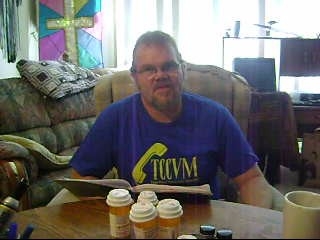 Local health care advocates say patients like Sullivan (right), who are surviving on the slimmed-down version of GAMC, should get better care under the new system. Since the cuts took place in June, GAMC patients — who reside all over the state — have only been able to see providers at four metro-area hospitals. Mental health care services were also drastically cut, and an enrollment cap was instated.

Cathy Heying, director of the Human Rights Program at St. Stephen’s, said cutting GAMC to help balance the budget was a short-sighted solution. She and other advocates, like attorney Lisa Fink from the Legal Services Advisory Project, believe paying for preventative care is more cost-effective than waiting until citizens’ health conditions become acute.

“What I tell people all the time, and it’s absolutely true, is that we’re paying, one way or another, if folks don’t have health care,” Heying said. “Let’s get people dignified care that will help hem address their health needs and move to a better place.”

Recent reports have said it could take up to ten months to implement the new system.

The figure distresses Stella Whitney-West, CEO of NorthPoint Health and Wellness in North Minneapolis. NorthPoint serves an average of 22,000 patients a year; up until the June changes, about 6 percent of these were on GAMC.

Fink said her group will try to help legislators speed up the process, looking to Connecticut and Washington, D.C. for examples.

A faster time line would be welcome news to 47-year-old Freddy Toran, who is homeless and losing his eyesight to glaucoma.

When he went this summer to see his regular specialist, he received unwelcome news about his insurance coverage.

Toran was first sent to Hennepin County Medical Center. Then he was referred to specialists at the University of Minnesota Medical Center Riverside Primary Care Clinic.

“All of that was taking months,” Heying said, “and he keeps losing his eyesight as we speak.”

Access to health care, Fink and her colleagues say, is intertwined with issues of housing, employment and poverty.

Or, as Sullivan puts it, being toothless doesn’t exactly help anyone with their job hunt.

“For about the next year,” he said, “I’m still stuck in the same situation I’m in right now.”