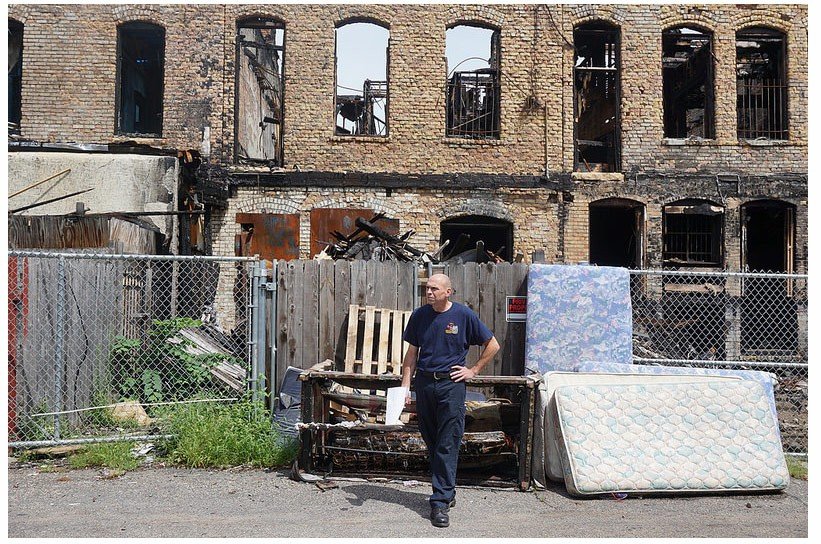 “You already had a press conference with the fire chief,” Marie Egbujor told me. “They probably don’t know who did it. It’s pretty dead right now, business is pretty down.”

Egbujor runs the Paradise Beauty Salon, right down West Broadway from the location of the April 15 fire. According to reports, the fire started at a payday loan office at around 8:00 a.m. and burned until late that evening.

But was it arson? 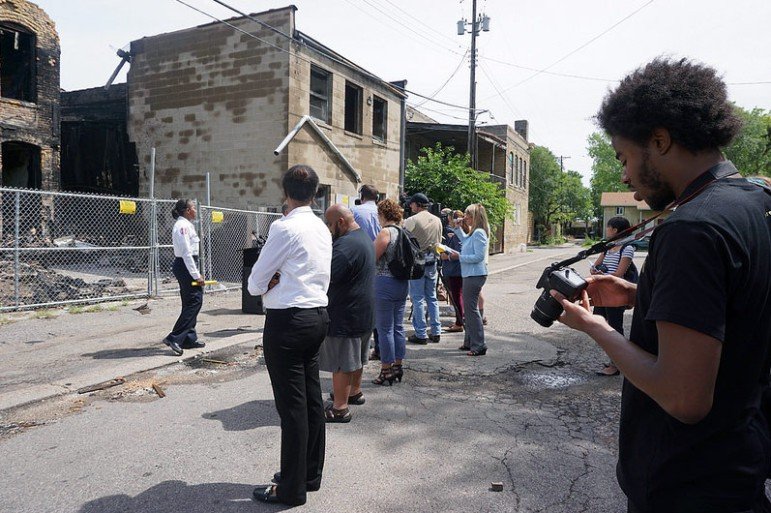 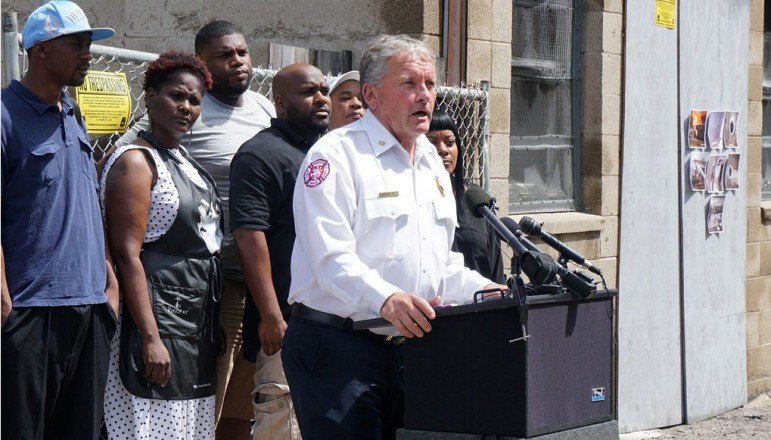 If you read the headlines that came out after the Police and Fire press conference last month, it’s no surprise if most people in Minneapolis assume that the fire was set intentionally.

The arson allegation is based on the presence of “turpenes,” flammable liquids which can be found in turpentine or paint thinner.

But left unsaid is that the fire may not have been arson. The truth is that the Minneapolis Police and Fire departments don’t know either way. And if the press conference was basically a fishing exhibition, weeks later it has not amounted to much.

“I don’t have any updates for you on the West Broadway fire,” Police Sergeant Sean McKenna, who heads the arson investigation unit, told the Daily Planet. “We have a whole lot of nothing. We received two phone calls, just generalized with no specific information. Things like ‘just look at the owner.’ So that’s where I’m at. I’m back to square one.”

The arson suspicion makes sense for many people in North Minneapolis because the fire burned for so long, almost an entire day.

On April 15, I was driving through the back alley and saw smoke,”  Egbujor told me. “And I saw a white guy who lives upstairs trying to put out the fire. But by the time I turned around in front of my building, in my shop, there was smoke on top of the building. I proceeded to call out to tenants to evacuate. I didn’t know how serious it was at that point, and less than half hour [later] smoke was all over the place. And the fire burnt really unusually. For a fire to be burning from 8:30 til 10:00 at night …

According to an April article in Insight News, the reason for the fire’s long duration had to do with the underground gas line.

Here’s what the Minneapolis Fire Inspector, Mike Rumppe, told people on West Broadway back in April:

As for why the fire burned so hot and for so long, Rumppe attributed it to natural gas lines fueling the flames. The inspector said the gas to the entire street had to be shut off, but once the lines were shut firefighters were able to control the blaze within about 10 minutes. 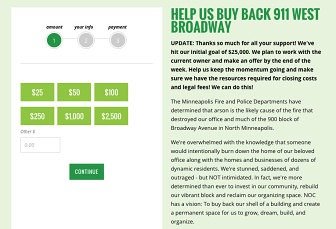 You can still donate to help NOC rebuild.

In all likelihood, nobody will ever know what happened on West Broadway that morning. But the neighborhood is already moving on and bouncing back. This month, Neighborhoods Organizing for Change (NOC), which lost their office in the fire, completed an ambitious fundraising effort to raise enough money to buy back the property.

“My hope is for businesses to rebuild the place and businesses back,” Egbujor told me. “We didn’t cause the fire. We shouldn’t be the ones to suffer. We should have business promotion, to run businesses back on Broadway. That is really my hope that everybody that was affected gets something.”