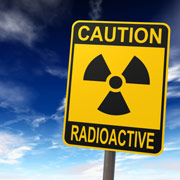 As the one year anniversary of the Fukushima-Daiichi nuclear disaster approaches, Stephen Smith of the Southern Alliance for Clean Energy recently made this observation:

“If you had talked to the engineers the day before this happened, they’d say, ‘No way this could happen. We’ve taken care of all this.’ And yet it happened in a very dramatic way.”

That’s why news that Xcel Energy is ready to spend $20 million to $50 million for upgrades to Minnesota’s two nuclear power plants—upgrades that supposedly reflect vulnerabilities revealed in the wake of Japan’s nuclear catastrophe—is not reassuring.

It’s bad enough when oil company greed and incompetence cause decades of devastation in Alaska or the Gulf Coast or the Caspian Sea, but when a Fukushima style nuclear disaster occurs, the devastation time-table suddenly is expanded to hundreds, if not thousands, of years. The particulars of nuclear accidents can include massive radiation exposure related illnesses and casualties—obviously more likely in densely populated areas (many are situated in close proximity to reactors in the U.S and world-wide).

As an illustration of the severity of destruction in play at Fukushima, an independent investigation in Japan recently reported that a worst case scenario, and one that was entirely possible, (a “demonic chain reaction”) could have meant the loss of Tokyo—the largest city in the world—a population over 33 million people.

Conservatives—normally enamored of free market capitalism—are somehow blind to the market failures of the nuclear power industry. Nuclear energy would not exist without massive government subsidies and loan guarantees. Wall Street won’t touch nuclear power plant financing with a 10-foot fuel rod. Spent fuel storage is a problem that is no closer to being solved today than it was decades ago.

Before any nuclear power plant operating permit is renewed or granted, an assessment of the consequences of a Fukushima-style disaster should be presented to citizens in surrounding areas, and they should have final say in the decision.

Nuclear power advocates would surely balk at such disclosure, and would point to the failure rate of nuclear reactors world-wide to quell safety concerns. But, again, the ‘one strike and you’re out’ nature of nuclear accidents renders that argument moot—the chance of one more Chernobyl, one more Fukushima or even one more Three Mile Island taking place should not, and cannot be allowed to exist.

No one can absolutely guarantee that any give nuclear reactor will never fail. Claiming the benefits outweigh the risks is dangerously myopic, hubristic and specious.

As Steven Smith so succinctly stated: “Unfortunately, nuclear power is so extraordinarily expensive that it really takes the oxygen out of the room for a lot of other things, like investments in energy efficiency, and it ends up taking money that could be invested in cleaner, safe technologies and diverts that into these massive projects that are pretty much geared primarily to support the shareholders of the company and make sure that they’re assured profits, because the risks are being shifted away from the shareholders… (and) onto the ratepayers and the taxpayers of this country.”