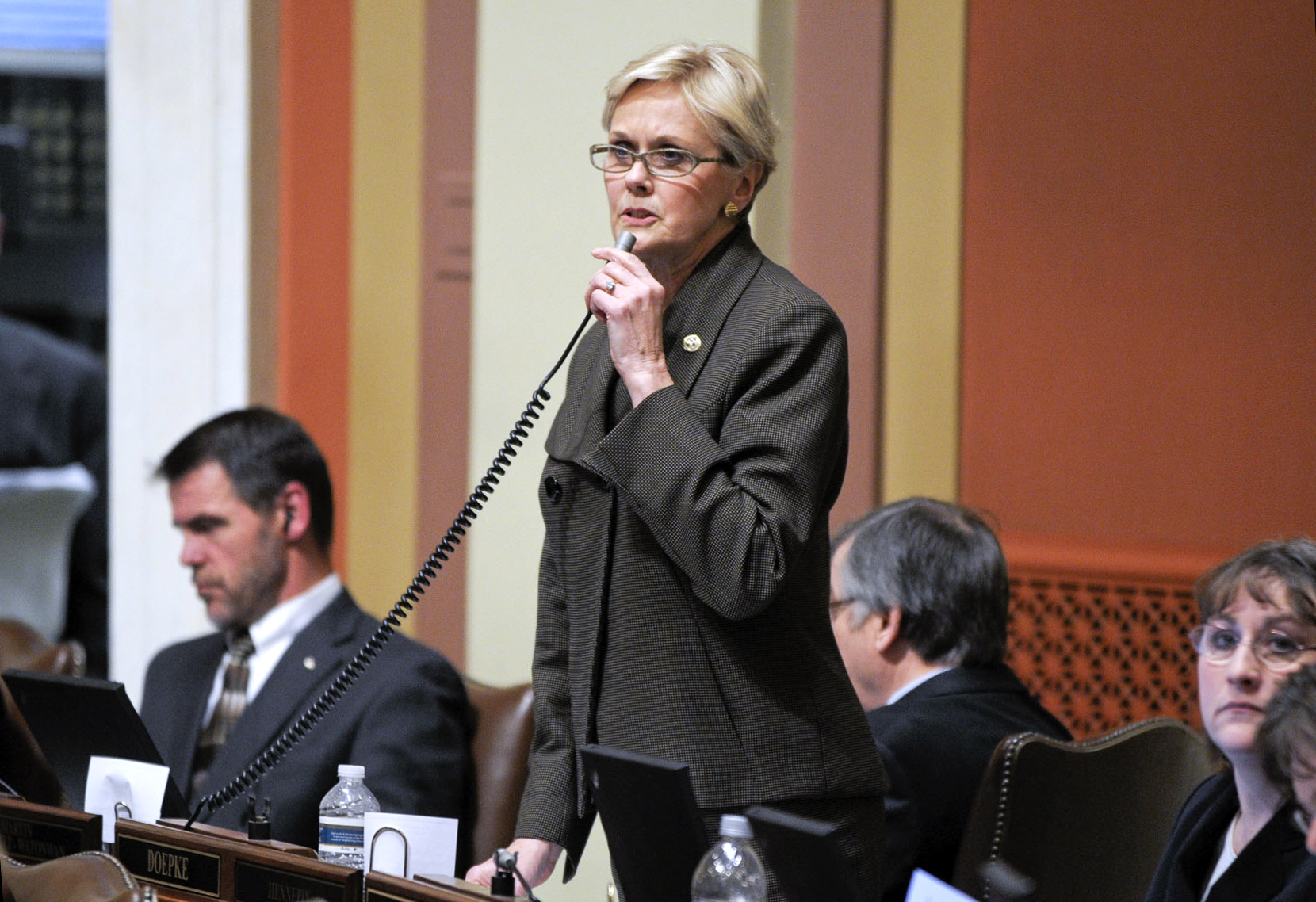 During her time in the House, Rep. Doepke says she became a champion for K-12 mandate relief. (Photo by Andrew VonBank)

When the state’s redistricting maps were released Feb. 21, Rep. Connie Doepke (R-Orono) found that her entire district had shifted northward. With her state senator retiring, she faced two choices: represent an almost totally new group of constituents in the House, or represent her new constituents and her former ones simultaneously in the Senate.

She’s opted for the latter. The two-term House lawmaker will retire and make a run for the Senate seat currently held by the outgoing Sen. Gen. Olson (R-Minnetrista).

“I don’t view it as stepping down from the House. I’ve loved my four years in the House. I love the people here and the way we work,” Doepke said.

Doepke arrived at the Legislature in 2009 as an accomplished business executive and former chairwoman of her local school board. Those two themes — business and education — defined much of her career in the House.

She became a champion for mandate relief for K-12 school districts. Her efforts earned her nods from the Minnesota School Boards Association (“Outstanding Legislator for 2010”) and the Association of Metropolitan School Districts (“2011 Friend of Education”).

Doepke said she was especially pleased to receive the latter award with Olson, noting that it was the first time two legislators from the same district were so honored simultaneously.

“I’m very proud of that, because I worked very hard for our school districts, and I was able to do it in a way that continued to support the GOP goal,” she said.

When the Republicans took control of the House and Senate last year, Doepke found her business experience and her focus on fiscal accountability fit right in with the new agenda. But as a legislator, Doepke also emphasizes the importance of bipartisanship.

“Every bill that I’m authoring this year has Democrat co-authors on it. I’m not authoring any bill that doesn’t have bipartisan support, and that was one of my goals this year,” she said.

Doepke was a member of the bipartisan small business caucus, and said she generally looks to sponsor bills that will find support from both sides of the aisle. She doesn’t criticize those who take a more partisan approach to lawmaking, but she also wants to ensure that a repeat of last summer’s state government shutdown doesn’t occur.

As for advice to her successor, Doepke said the next person to take her House seat should be prepared to address the needs of a highly engaged, highly educated constituency. During session, Doepke said she often receives between 300 and 400 emails, letters and phone calls a week. She does her best to answer all of their questions and concerns.

“My constituents they expect you to be involved in the community. They want to know who their representative is, because that’s just the way they run their lives. … They’re used to having a say in what goes on,” she said.

Her other bit of advice is that it’s important to get your family’s support. She said her husband Mark, an actuary, and their children Matthew and Rebecca have all done their share of door-knocking, driving her around and bringing her food during long workdays at the Capitol.

“I couldn’t do this without my family,” she said.

As for what she’ll do if and when she’s sworn in as her district’s next senator, Doepke said she plans to pick up where she left off in the House.

“It’s a beautiful, wonderful state and I’m going to fight hard to keep it beautiful and wonderful for all of us,” she said. “It’s kind of a boring thing to say, but it’s true.”