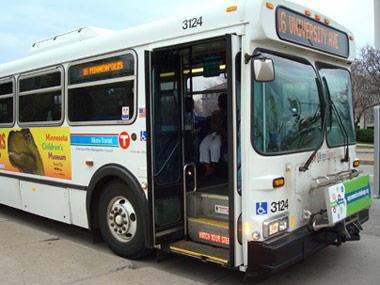 If you’re planning to visit the Minnesota State Fair starting Thursday, it’s a smart move to study the many alternatives for getting there. Because of the huge crowds that assemble daily at the 320-acre fairgrounds in Falcon Heights, the customary default choice, the private car, is probably the most expensive, time-consuming and exasperating option.

These conveniences have become so popular—a record 47 percent of fairgoers, 836,716, took transit last year—that demand outgrew the sprawling Northtown Center park-and-ride lot last year. Metro Transit is moving that service this year to the National Sports Center in Blaine, which has more than 1,000 spaces for cars. That’s just one of 19 express services to the fair, mostly from distant suburbs.

Why would outer-ring suburbanites—more than 300,000 of them last year—opt for this transit advantage? Simple math. It’s a $5 round-trip ticket on the bus versus $12 to park in one of the fair’s lots. Plus, you save on fuel, vehicle wear-and-tear and traffic headaches.

There’s even a better deal for residents closer to the fairgrounds: 35 free park-and-ride sites in Minneapolis, St. Paul and some northern suburbs. The nonprofit fair, which hasn’t been supported by taxpayers since 1949, underwrites these shuttles; they provided more than 900,000 one-way trips last year at a cost of $1.65 apiece. New this year is an 800-space park and ride at the idled Ford plant at Ford Parkway and Cretin Avenue in St. Paul.

If you’re a veteran of busing to the fair, be sure to check for other changes in sites and days of service on the above links. If you’re not, there’s no better opportunity to check out the comfort and convenience of transit.