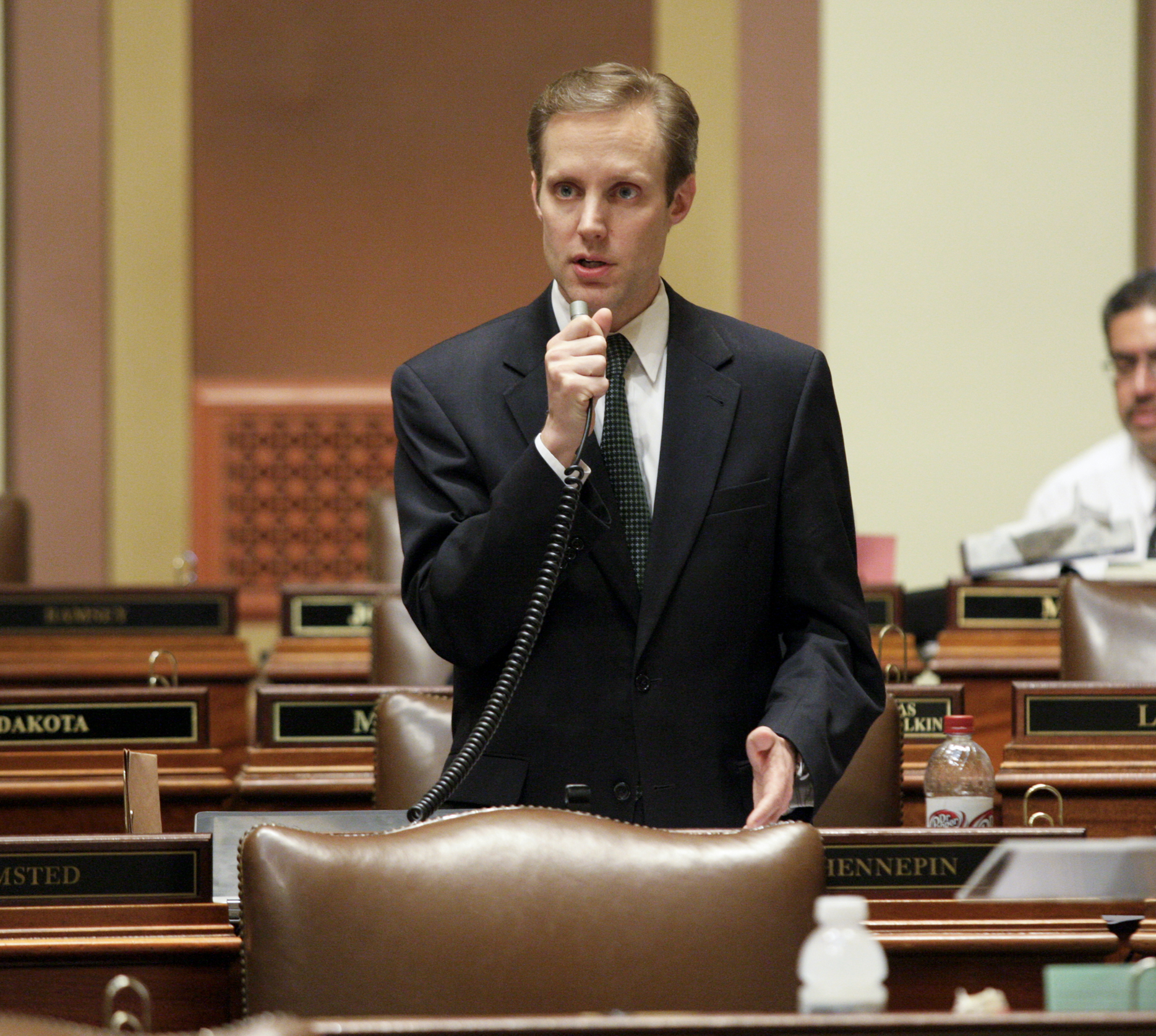 Rep. Steve Simon, at left, describes provisions of his bill, HF894, the omnibus elections policy bill, during the May 8 floor session. (Photo by Paul Battaglia)

A trial run of electronic rosters included in the omnibus elections bill could be the first step toward a new voter registration verification system.

Passed by the House 74-60 Wednesday, HF894, sponsored by Rep. Steve Simon (DFL-Hopkins), includes other election reforms that would allow residents to vote absentee without an excuse and reduce the number of individuals someone can vouch for as a valid resident on Election Day from 15 to eight.

The bill now moves to the Senate where Sen. Katie Sieben (DFL-Newport) is the sponsor.

“This bill moves Minnesota closer to joining the majority of other states which already offer their voters the increasingly exercised option of voting absentee without needing to provide an excuse,” Secretary of State Mark Ritchie said in a statement.

The pilot project using electronic rosters for voter registration purposes would allow participating cities to enter data manually onto a registration application or by scanning an identification card. That data would then be uploaded onto a statewide voter registration system for processing by county auditors and alerting election judges if a voter has already voted.

A task force would also be created to research how data is used and whether photos can be added into the system on Election Day or uploaded from the Division of Driver and Vehicle Services at the Department of Public Safety.

The bill would also require a special election in February if there’s a last-minute candidate vacancy for a major political party before the November election. However, candidates would only be able to withdraw from the ballot for death or serious illness.

“No more dropping out for scandal,” Simon said.