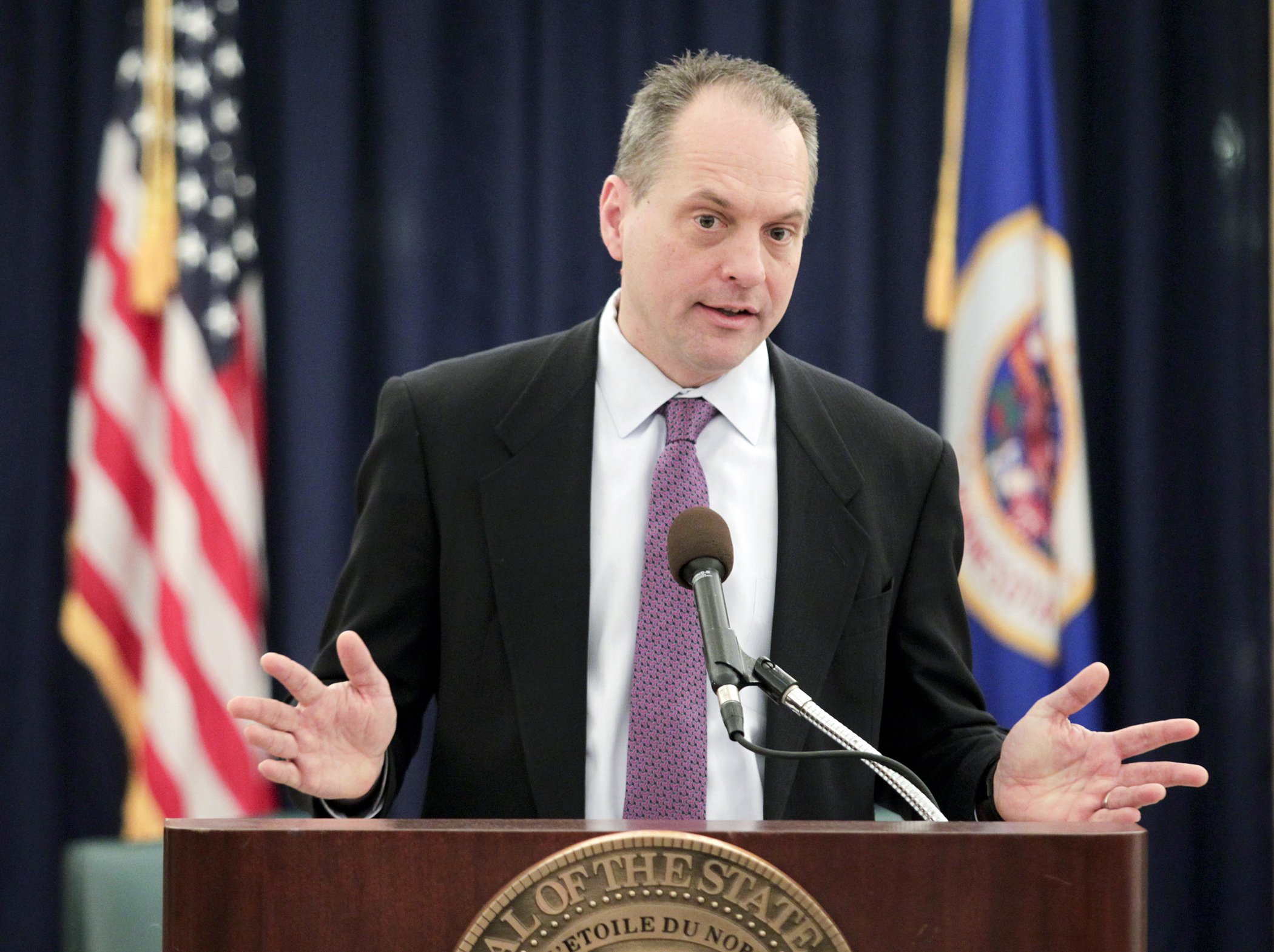 The outlook for the state’s budget surplus got a little sweeter.

State lawmakers now have an extra $1.23 billion to spend for the current 2014-2015 biennium that ends June 30, 2015. The news, delivered in Minnesota Management & Budget’s twice annual economic forecast, shows a $408 million improvement from the previous surplus reported in early December.

The February Economic Forecast released Friday shows that the economy is once again growing after the deep economic recession of 2008 and early 2009 that opened up barrels full of red ink in the state’s budget. MMB Commissioner Jim Schowalter said $366 million of the $408 million improvement from the earlier forecast was attributed to increased projections in tax collections.

“This forecast improvement is due almost entirely to better revenues that were driven by a better economy,” Schowalter said.

This is the first time since 2006 that state lawmakers have entered an even-numbered year session with a sizeable budget surplus, according to the nonpartisan House Fiscal Analysis Department. Lawmakers convened the 2014 session on Tuesday, and ideas abound on both sides of the aisle about what do with the largesse.

Gov. Mark Dayton and leaders of the House and Senate DFL majorities are already articulating a handful of priorities for the money. But they don’t yet appear to have the consensus needed to sign-off on a global agreement. Dayton on Friday said he would propose a supplemental budget next week.

Among the issues at play:

Budget reserves. Schowalter said it’s advisable for the budget reserve account to hold 4.9 percent, or $1.9 billion, of the General Fund revenue. The reserve is currently at $661 million. Assistant Senate Majority Leader Katie Sieben (DFL-Newport) said “bolstering the budget reserve to reinforce our state’s fiscal stability is something that you’re going to hear talked about a lot in this short legislative session.” House Speaker Paul Thissen (DFL-Mpls), however, said he was less inclined to make reserve enhancements a priority. “To keep this middle-class economic recovery going, now is not the time just to stuff cash … under the mattress,” he said.

Taxes. The House Taxes Committee Tuesday laid over a $514 million tax bill that would eliminate business-to-business taxes passed in 2013 and have proven to be unpopular. The bill would also conform to certain provisions of the federal tax code. Thissen said he would like to see the bill make a fast track through the legislative process. “With this forecast, though, I have to say there is no reason for us not to move swiftly to put together a budget that works for middle-class Minnesotans. The House is prepared, and we are ready to move on that.” In a conference call with reporters, Dayton reiterated that he wants the Legislature to send a tax bill to him no later than March 14 so that taxpayers can take advantage of the conformity provisions by the April 15 filing deadline. 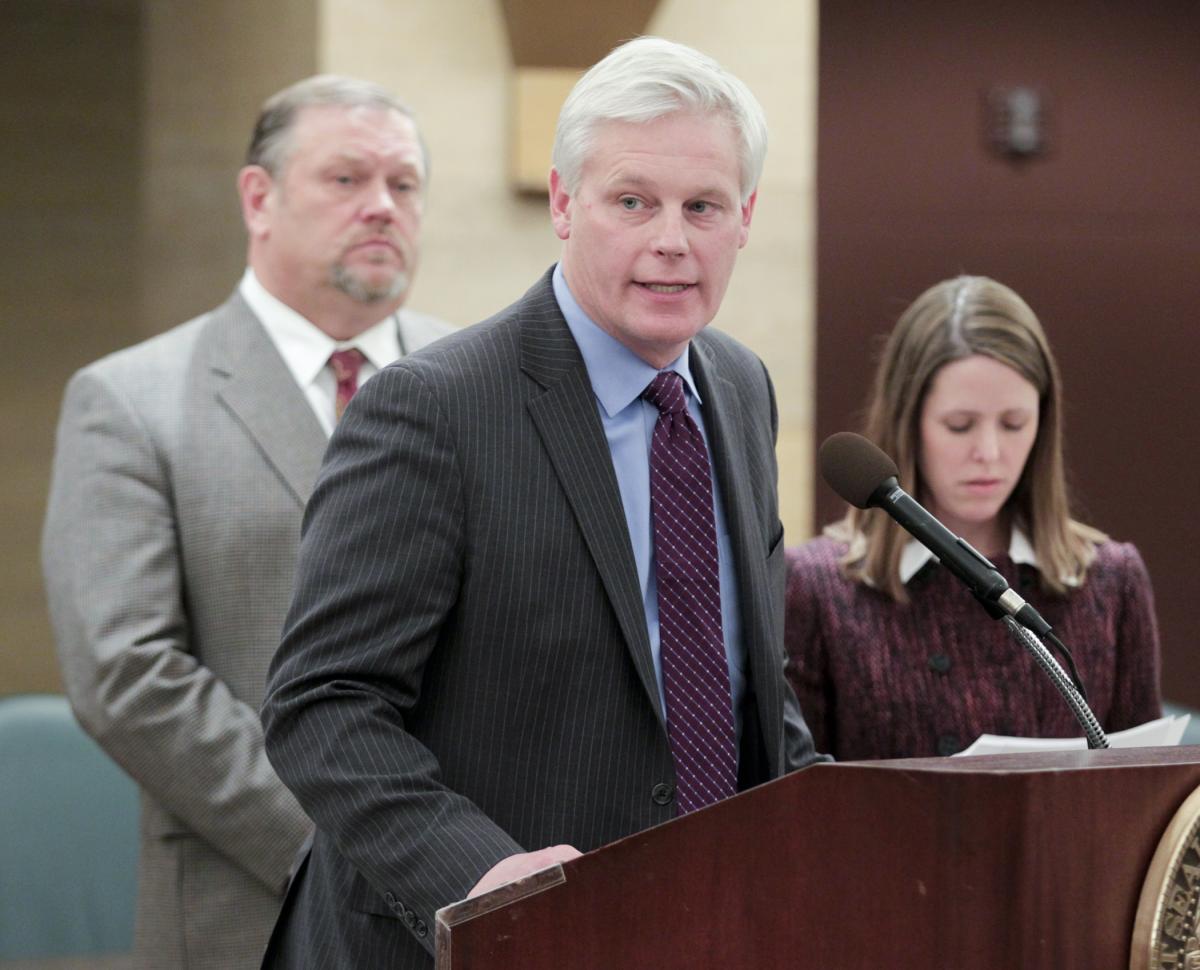 • Infrastructure. Bakk said some of the surplus money will be used to “bolster” the bonding bill that borrows money to pay for capital projects. “I think there’s going to be an appetite to do some additional capital investment beyond what is probably available for us to borrow,” Bakk said.

Dayton expressed interest in some of the surplus going to the newly created Corridors of Commerce program for improving major transportation routes. “That’s an investment in Minnesota’s infrastructure and long-term future.”

• House and Senate Republican leaders jointly proposed their own slate of proposals dubbed the “Give It Back Act.” House Minority Leader Kurt Daudt (R-Crown) said the proposal would make $685 million in tax reductions, including some items that aren’t in the majority’s bill. Daudt said he wants to hear from the public about ways to return the remainder of the surplus.

“Tell us how you would like get your money back,” Daudt said. 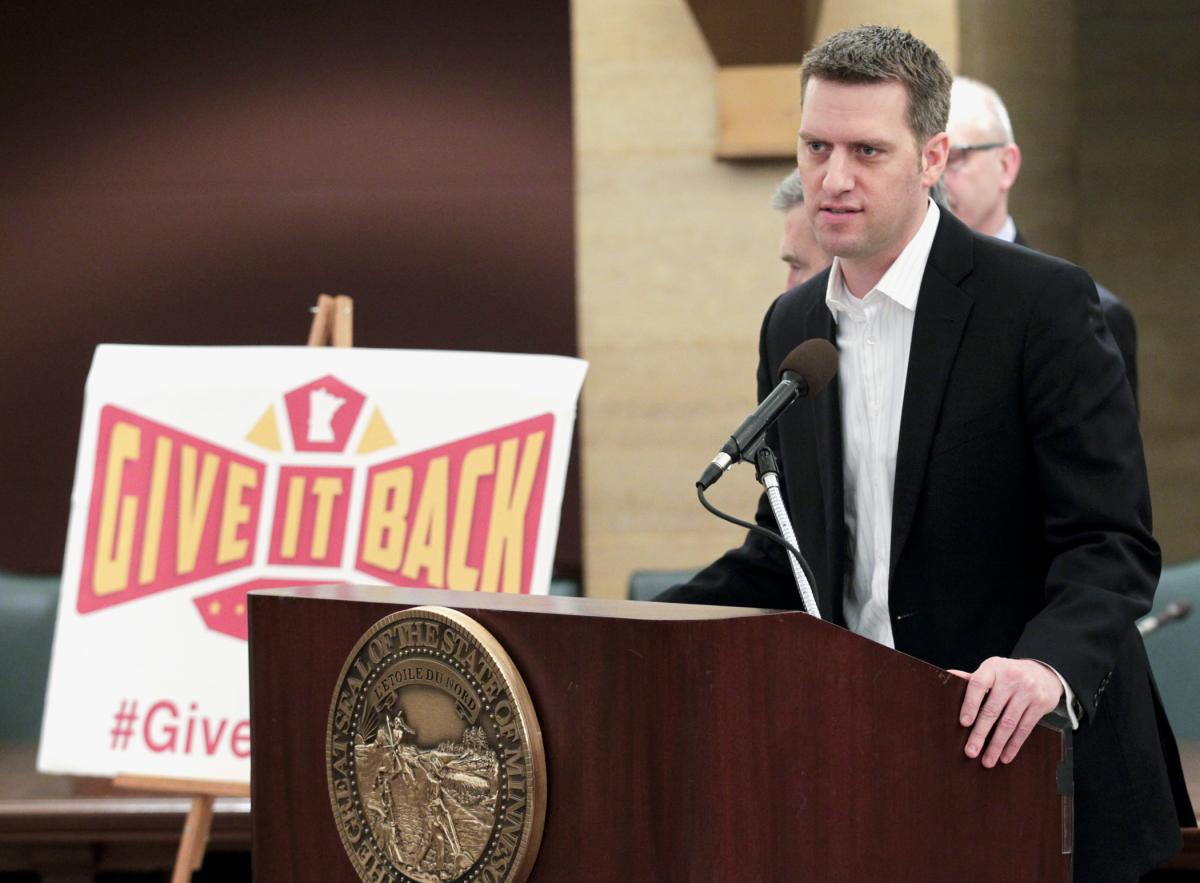 While the surplus is welcome news, its future is difficult to predict. In the near term, State Economist Laura Kalambokidis told reporters that the unusually harsh winter weather will slow economic growth in the first part of 2014, based on indicators like disappointing jobs numbers in December and fewer housing starts. But Kalambokidis said she doesn’t expect the weather will create long-term economic damage.

“Our expectation is it will lead to a softer start than may have been expected. But because the fundamentals are in place we do expect that growth will continue,” Kalambokidis said.

Looking further into the future, MMB is projecting a $2.6 billion budget surplus for the 2016-2017 biennium. However, the forecast for the fiscal tails doesn’t include inflation for expenditures. When inflation is factored in, the 2016-2017 surplus drops to $1.1 billion.

Despite the good financial news for the state’s budget, Schowalter cautioned that it’s impossible to predict the next significant downturn in the economy.

“We’re well-positioned right now,” Schowalter said. “But just like the last time we had this situation, we don’t know how far away that next recession is or what risks and uncertainties that we don’t know about yet.”