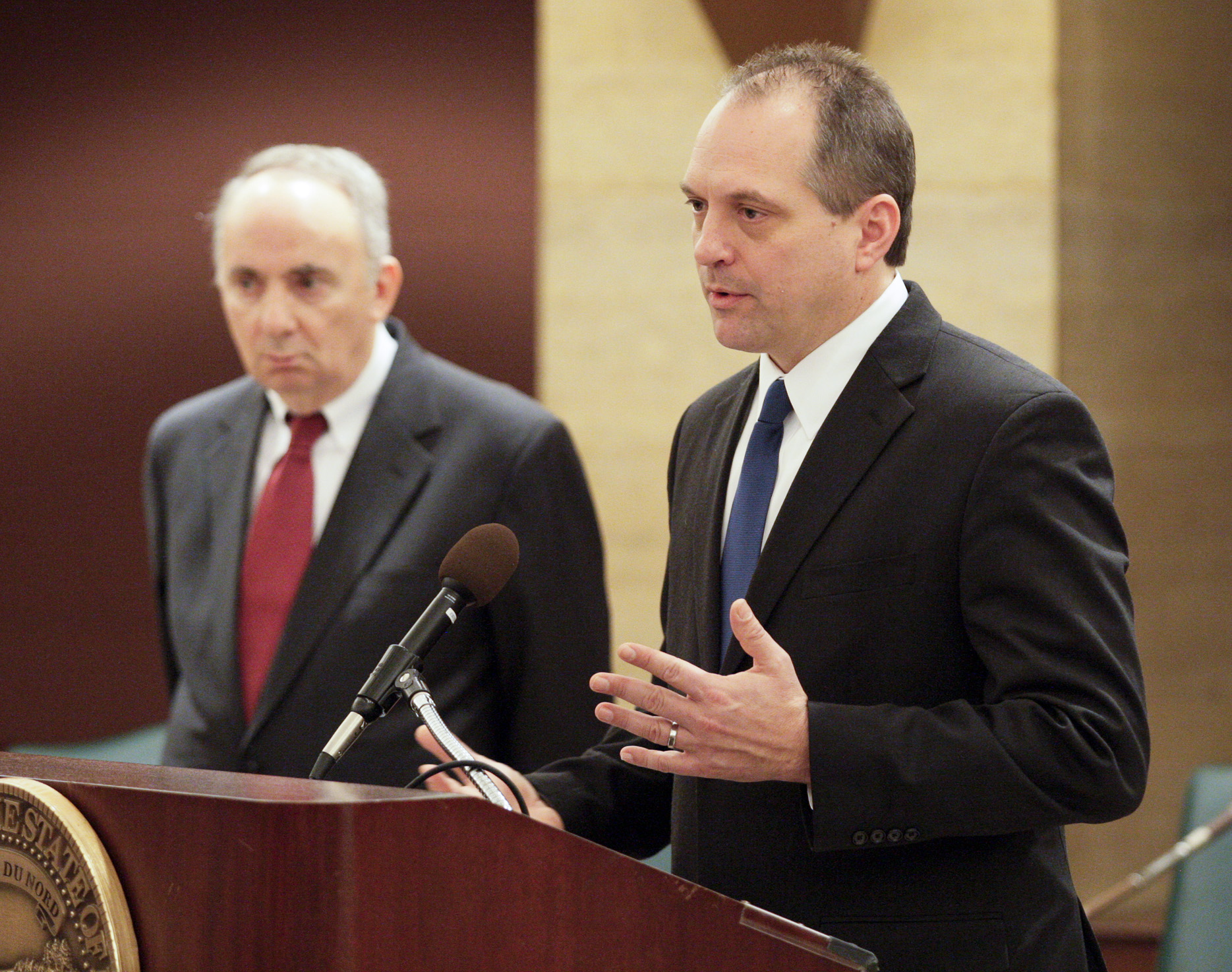 Uncertainty could very well be the theme of the state’s latest economic forecast that shows a projected $1.1 billion shortfall for the 2014-15 biennium.

However, there is no guarantee it will not worsen if the federal government cannot avoid the so-called “fiscal cliff” and a recession ensues.

“There’s no relief in sight for our fiscal woes. Our projections show that the state still has some heavy lifting left to do just to get the budget into balance,” said Minnesota Management & Budget Commissioner Jim Schowalter. He warned that action or inaction in Washington D.C. could swing the state’s budget projections. “Forecasting congressional action remains beyond our reach,” he said.

State Economist Tom Stinson said state revenue losses could exceed an additional $1.7 billion if federal lawmakers fail to reach agreement on significant tax and spending changes before the start of the new year.

On the good news side, Minnesota Management & Budget officials said there is a $1.3 billion surplus for the remainder of the current fiscal year; however, that money is required to begin paying back the $2.4 billion education shift that has been used the past two biennia to help balance the state’s budget. But there will not be funds in the in the upcoming budget cycle to continue to buy down the shift.

No matter what the end number becomes at the state level, House and Senate DFL leaders would not tip their hand as to how they propose to resolve the projected biennial shortfall. When the Legislature convenes Jan. 8, the DFL will control both chambers.

“Today’s economic report delivers some good news about Minnesota’s economy while foreshadowing our challenging work ahead over the next several months,” said Rep. Paul Thissen (DFL-Mpls), the House speaker-designate.

After a decade of what he called a “roller coaster of deficits,” and “short-sighted budgeting by both parties in the face of both economic and ideological obstacles,” Thissen said his budgetary goal is long-term growth and prosperity for everyone. “We need to make the right investments, and we need to make the right decisions on the tax side for middle-class Minnesotans, and that’s going to be our priority.”

Senate Majority Leader-designate Tom Bakk (DFL-Cook), who noted the actual projected deficit is “something just north of $2 billion” when inflation is included, said it is very preliminary for the new DFL majorities to devise a budget plan, nor would he commit to any tax reform or tax increase proposals.

“Some taxes may go down, some may go up or be broadened,” he said.

Thissen said all options are open. “Taxes are only one component of what our budget will look like,” he said.

Gov. Mark Dayton will use the forecast numbers to help shape his two-year spending proposal that must be unveiled by Jan. 22.

“I have no answers today for the tax side or the spending side,” he said, adding that it’s “very likely” a tax increase on the wealthiest 2 percent of Minnesotans would be included in his plan.

Republicans, who took controlled the House and Senate the past two years, said the budget situation isn’t so bad considering where it was in 2010 when the economic forecast showed a more than a $6 billion shortfall.

“In many ways this represents a confirmation of the wisdom of the Republican majorities’ approach to managing the state fiscal situation that we inherited two years ago,” said Sen. David Hann (R-Eden Prairie), the Senate minority leader-designate. “We don’t believe that we need more tax increases.”

A new budget forecast is due out in late February.